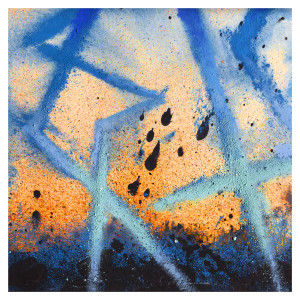 Almost exactly 20 years ago, Michael Howard’s Conservative government introduced the Criminal Justice and Public Order Act 1994, an Act of Parliament intended to restore social order to Britain following what the Government perceived as an eruption in anti-social behaviour. Much of this so-called anti-social behaviour was of course nothing of the sort, but nothing scares reactionaries into cracking the whip quite like the whiff of social or political revolution. As well as criminalising minor civil offences, the Act aimed to curtail rave culture by giving police powers to “remove persons attending or preparing for a rave”, famously defined as an event at night where amplified music “wholly or predominantly characterised by the emission of a succession of repetitive beats” was played.

While its ramifications for a thriving counterculture were immediate and should not be discounted, artists’ reactions to the Act were witty and derisive. Perhaps most notoriously, Autechre labelled their Anti EP with the following disclaimer: “Warning. ‘Lost’ and ‘Djarum’ contain repetitive beats. We advise you not to play these tracks if the Criminal Justice Bill becomes law. ‘Flutter’ has been programmed in such a way that no bars contain identical beats and can therefore be played under the proposed new law. However, we advise DJs to have a lawyer and a musicologist present at all times to confirm the non repetitive nature of the music in the event of police harassment.”

The accusation commonly levelled at ravers, that their music and parties and politics never really stood for anything, failed to acknowledge that a politics with anti-establishment sentiment at its core is enough to effect real change. Collective ecstasy can be every bit as powerful and totemic as a manifesto in uniting people, as J.R. Seaton, the producer Call Super, is all too aware. Discussing rave’s DIY approach and revulsion against authority in an illuminating interview with The Quietus, Seaton emphasises that dance music should not be underrated as a tool for political and social change. “The music that had the most potent political ends was acid house, was dance music,” he says. “That never happened with punk because punk was a joke, you could just send the Old Bill down there… But this is a mass movement, and how are we going to control this, because they’re on drugs we don’t understand, getting together in numbers we can’t comprehend, with modes of communication that we can’t track – Jesus! This is a threat. That kind of narrative is written over, in the music press, in the general narratives of music and politics. And the basis of that music – what the musicians were trying to communicate at that time – was bliss.”

It’s fascinating and depressing in equal measure to reflect on how little has changed in the 20 intervening years since that Act of Parliament. The authorities’ approach to dance music events is as reactionary and combative as ever, now with an ugly racist tinge; Conservatives hold political sway once again, exploiting the UK’s most vulnerable with austerity measures while protecting its elites, and the country’s shrinking young demographic is still painted by the mainstream media as indifferent, unconcerned and politically ineffective. Of course, that prevailing mainstream opinion is only a small part of the story. Take the recent example of the Scottish independence referendum, which saw a record turnout of young voters eager to free their country from the dominion of the Westminster elite, with nearly half the electorate voting for independence despite vast underrepresentation by an allegedly impartial media. It’s telling that on the eve of the referendum’s results, the febrile air of Glasgow’s main square rang not with explicitly political songs, but with the frenetic beats of happy hardcore.

The No result notwithstanding, the referendum illustrates just how out of touch with reality the prevailing narrative of indifferent, asocial youth is. From a congregation in Glasgow’s George Square blasting out Scotland’s de facto national dance music, to a grassroots festival held in Scotland’s nightclubs where DJs played to support the Yes campaign, recent instances of dance music’s anti-reactionary political import abound. This is despite – or in spite of – dance music’s thematic ambiguity, and points to its capacity to bring unite swathes of people towards a common cause – or against a common enemy. It’s that very ambiguity that Call Super taps into so effectively on his debut LP Suzi Ecto. He explains, “I thought it was more interesting to try and channel a very intense paranoia that I had on a very personal level… into just fucked off-ness with those narratives, and… write music that is about people coming together.” He continues, “The more ambiguity you have in the presentation of something, the more potent its message can actually be.”

Less geared towards the club than Seaton’s excellent 12″ singles for Fabric’s Houndstooth label, Suzi Ecto thrives on vagueness. Although it’s techno at its core, instruments such as oboe and clarinet feature, and its beats often seem incidental to the slippery play of sound. Still, this is no techno-boy-goes-ambient LP. For all its relative paucity of four on the floor beats and meaty kick drums, the heartbeat of techno acts as ballast throughout the album. ‘Sulu Sekou’ is one such track, its winding jazzy figures pointing to a latent sadness; they swirl through a landscape of glassy tinkles and flourishes seemingly without beginning or end. With its tom-led rhythm, ‘Raindance’ is only slightly more geared towards the club, but again it’s Seaton’s knack for pinpoint detail that takes centre stage, with a pattering that sounds like a rainstick being upturned, smeared vocal samples, and gorgeous metallic accents, all rendered in bright colour and high definition.

Even ‘Hoax Eye’ and ‘Dovetail’, tracks more explicitly focused on the dance floor, are peppered with silvery motifs and curlicues, instrumental flourishes that give the music its living, breathing quality. It’s a warm, colourful take on IDM and techno that bears some resemblance to Aphex Twin’s more bucolic work and the balmy electro of The Other People Place, as well as contemporaries like Bee Mask, though Seaton’s sound is never anything less than singular. But Suzi Ecto is not all pastoral bliss: there’s a metallic edge to even the loveliest tracks that saves them from veering anywhere near sentimentality. Shot through with melancholy, ‘Fold Again At Last’ stutters and trips over itself, without any anchor for its gleaming whirrs, and Seaton counterpoints the plinking keys of ‘SE’ with hard-edged synth tones. The low, velvety buzz of ‘Coney Storm Drain’ makes for one of the album’s most uneasy moments, as do the vaporous saxophone contrails on ‘Okko Ink’, and ‘Acéphale I’, which closes with the sound of a cable being pulled out, and ends the album on an abrupt, unresolved note.

In a short text accompanying the announcement of Suzi Ecto, Seaton flagged up the album’s commingling of bliss and unease: “Here now with the contradictory mix of the blissful, the panicked the paranoid that thrives place to place. Drowning us.” For all its complexity and glorious sound design, Suzi Ecto excavates emotions that you might expect to cancel one another out but turn out to be complementary: ecstasy and disquiet; fear and delight; solitude and unity. It gestures towards the bleakness of reality while finding the beauty in congregation and in the collective will to something better than the here and now. Its politics is open-ended, and all the more powerful for it.