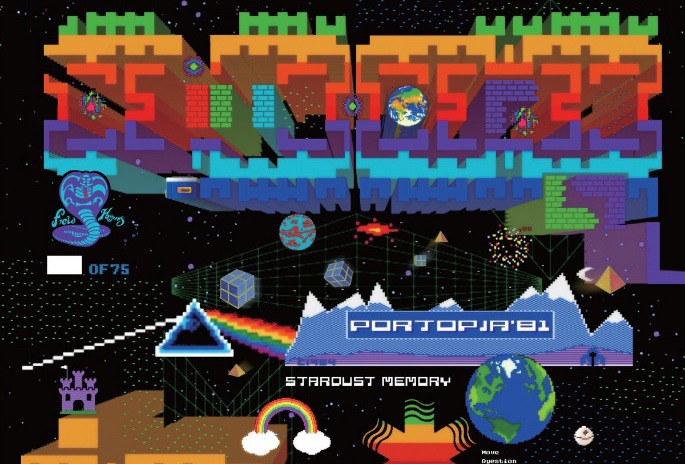 Fallen Angels throws a lot of ideas at the wall and, fortunately, they all stick. From the jarring opener ‘Jungle’, with its relentless pounding and buried melodies, to the fuzzy ambience and intricate compositional elements of ‘Recall’, Hiro Kone (aka Nicky Mao) continually dodges the listener’s expectations. Pop influences mesh with industrial nods to create an EP that is strangely beautiful and infinitely engaging.

I’ve sung Seth Graham’s praises to anyone who will listen for the past few years, especially his part as ½ of Cream Juice. His solo work has always impressed but never more than Goop. His penchant for quick edits and random cuts gets turned on its head with the sombre, slow-moving opener ‘Piano Goop’. Those features return on ‘No Overdubs’ (and all over Goop), but there is a deeper feeling of control and contemplation present throughout. His sample sources are always a bit fuzzy, but also unimportant as Graham pulls sounds from all over the spectrum to create something new and bizarre and wholly his. This is an artist whose work continues to push boundaries and will only get better from here.

Aught makes their second appearance in as many months on this column and this self-titled gem from De Leon is the label’s best offering yet. While both the artist and label here continue to be shrouded in mystery, I’m not sure it matters at this point. De Leon’s gamelan-infused techno is minimal to a fault, but finds a way to worm its way into the brain space that won’t allow it to be forgotten. It’s not exactly catchy, but it’s stunning in both form and approach; nervous energy permeates throughout, like someone scrambling to find a way out of a maze that’s slowly closing around them. But really, he/she had me at ‘gamelan-infused techno.’

The duo of Silva Kastel and Ninni Morgia has fried a lot of synapses through the years and their latest, Burn, for Ireland’s Fort Eveil Fruit label is no exception. Power scuzz built through layers of wailing guitars, synths, and who-knows-what-else (well, slide whistle apparently) mixed with Morgia’s sweat-fueled drum blasts create the perfect place for Kastel to scream and holler without limit. For Control Unit, it’s always been about the dichotomy of Morgia’s drumming and Kastel’s vocals. Yeah, the death-ridden blues riffage and electronic buzzsaws add a lot, but they’re the sideshow to the headliner – percussion and voice. Burn is just sleazy enough to paint a layer of dirt and grime on everything it touches.

Portopia ‘81 is another moniker used by Ginjoha Tapes figurehead Hiroshi Mizuhiro (who also does excellent work as Buchikamashi) that sounds like the soundtrack to the lost NES Zelda game that takes place in outer space. Mizuhiro’s attention to detail is astounding (that artwork!). He’s created a new world on Stardust Memory where one can casually float in a sea of electronic waves like it’s not just normal but expected. Stardust Memory is a future we were promised that never materialized.

Berlin’s rkss leads the way for the Reject and Fade relaunch and with Tunnel, the label is off to an impressive new start. Using a smattering of random samples mixed with thundering beats and dystopic electronics, the producer fashions a 30-minute memory hole out of found parts and leftovers. The whole junkyard-as-musical-playground thing has been done a lot before, but rkss takes the idea and pushes it deep into the future where there’s little else left on the surface but detrtius and debris. Tunnel is a surprise.