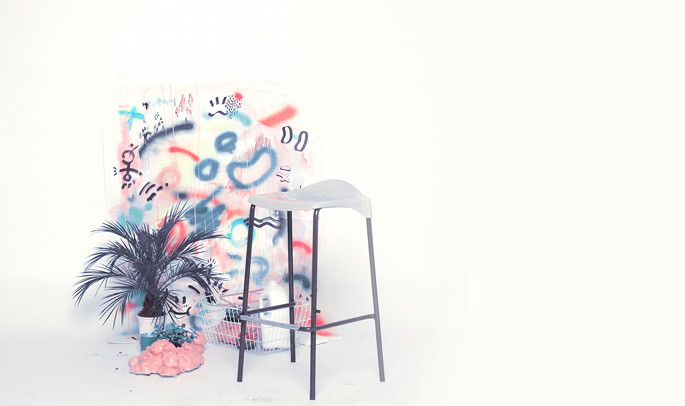 Summer 2014 just won’t stop when it comes to awesome tape releases – everyone is stepping up their game.

This month we get into the deconstructed dubs of SEEKERSINTERNATIONAL, Bewilderbeast’s cut & paste r&b, Rain Drinkers sprawling effort, avant-whatever from Attempt, pummeling techno from Marreck, and Topdown Dialectic’s minimalist gestures.

Normally I’d be pretty nervous about someone attempting to “reimagine” such a stone cold classic, but knowing SEEKERSINTERNATIONAL is at the helm, we can all rest easy. Nobody can deconstruct dubs and turn them into some nascent, transcendent form like him. The parts that are recognizably Scientist get stuffed through his soundsystem matrix until we’re left with something wholly, confidently SKRS. For an artist who has such a distinct process, it’s impressive to hear how he’s able to alter said process and push it in new directions depending on the source material without sacrificing what makes it so memorable. SKRS is the truth.

I can’t get enough of Still/Alive. There are so many elements at play here, things that I am normally not attracted to, but Gus BC’s skill as a songwriter pulls everything together. The cut-and-paste nature of these songs immediately stands out, but there’s a cohesive thread that runs throughout the album. Bewilderbeast’s songs are catchy without being slathered in aural syrup; sinister undercurrents attempt to hide beneath the r&b-infused production, but even in the brightest, catchiest moments they’re still there, waiting. Every time I play Still/Alive, I end up lost in its oddly-shining gaze.

Rain Drinkers is the duo of Troy Schafer and Joe Taylor. These two have been incredibly consistent over the past four years, culminating with a gem of an LP in 2012 on Brave Mysteries. Wood Violet continues that streak with 40 minutes of sprawling, diverse neo-classical ambience. Eastern European-tinged folk motifs fold seamlessly into heavy guitar drones and psychedelic freakouts. These two never release anything less than a fully-realized, narrative document and Wood Violet is no exception. Rain Drinkers continue to be an intriguing, enigmatic force.

Attempt
‘Another Night’ b/w ‘Up To No Good’ (Self-Released)

People are probably most familiar with Attempt aka Trevor Tremaine as ⅓ of Hair Police. That being the case, Attempt is likely going to be a bit of a shock. The A-Side of this cassingle (!!) is an avant-pop excursion that’s been stuck in my head for days. Hooks galore litter these six minutes of dueling guitar leads, head-pounding bass and well-placed synth cameos, plus Tremaine’s a damn fine singer, so that helps. ‘Up To No Good’ switches things up, digging a deep hole and losing itself in a darkly blissful downer folk free-fall complete with trombone. I would gladly listen to an entire album of this.

I’m a big fan of Michael Hann’s work as Rejections but this new tape under the moniker Marreck is his best work to date. The label describes Mechanism as relentless and there’s no better adjective for the never-ending beating that takes place over its 40 minutes. Drones rise from the mechanical foundation, anchoring the skittering beats. Almost every element is repeated until rendered meaningless while the high-tempo rhythms act as continuous body blows that slowly, eventually wear down anyone who can survive until the end.

I admire Aught’s minimalist packaging and design. It’s well done and perfectly suits the music they’re releasing. Topdown Dialectic is only the second release on the label but is so good that I hope they can live up to it going forward. Mixing tape collage, skeletal rhythms, and a surprising sense of melody, this self-titled EP melds deep bass grooves with experimental meanderings in exciting and memorable ways. Beats that sound as if they’re buried under a mountain of magnetic tape light the way into the darkest corners of this underwater club.