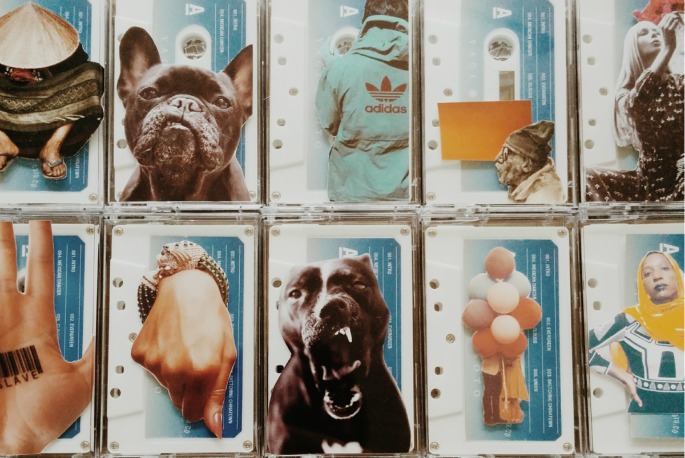 This month, we get to the heart of Auburn Lull, into the freezer with AU+, Scanner Darkly makes a surprising debut, YAGI emerges from shadows, and Auscultation soundtracks the early morning.

It’s been a long time since we heard anything from Auburn Lull, but Hiber proves the wait was worth it. These five pieces move effortlessly into one another, creating a seamless document of droning shoegaze excellence. Hiber is steeped in contemplative wistfulness; listening to the title track’s aching piano passages and effervescent drones, I can’t help but get lost inside long-forgotten memories and distant desires. This is music with a deep core; music that will only fully reveal itself when your mind is clear and emotions frayed. Auburn Lull waited six years to return but my god what a(n) (re)entrance.

I am a sucker for projects that do a great job of mixing cold electronics and spoken word, especially as it is such a rarity these days. Ruth White’s Flowers Of Evil is the pièce de résistance in this area, and while AU+ share some similarities, there are stronger elements of minimal wave strewn throughout. Emily may be a slight 16 minutes long, but each track leaves an impression with the last one, ‘Room’ hitting the hardest. The short running time lends itself to repeated listens, and has me begging the duo for more.

Dionysian Tapes is a new label and, if the first three releases are any indication, one to watch. Now, I have no idea who Scanner Darkly is. Normally I’d scoff at someone using such an obvious moniker, but Beautiful Mistakes is so good that the name feels earned. Obtuse electronic dub passages sidle up to infectious melodies that worm their way into the listener’s brain. Cold precision is the main mode on Beautiful Mistakes, but Scanner Darkly is deft enough to imbue a heavy dose of warmth and charm to keep these compositions entirely human.

I’d like to tell you I have any idea what this is or where it came from, but it’s another random artifact that found its way into my inbox seemingly randomly. Tape cut-ups swirl around junkyard loops and clunky, affecting rhythms. YAGI combines a bizarre recipe of sounds that, in principle, shouldn’t come together in a cohesive, engaging manner. And yet, once the lid comes off through the synth haze of ‘Evergreen’, Soto becomes a soundworld to get lost in.

Joel Shanahan has been on these pages previously but under his better known guise, Golden Donna. He premiered Auscultation a few months ago with a digital EP, but this self-titled full-length cassette ups the ante considerably. Psychedelic house vibes get overtaken by italo grooves and dream-fueled hooks over the course of these seven tunes. Shanahan’s production style is all over this. But where Golden Donna gets dystopic and murky, there’s an element of luxury throughout Auscultation that puts the project into an entirely different sphere. Great tape, great label.