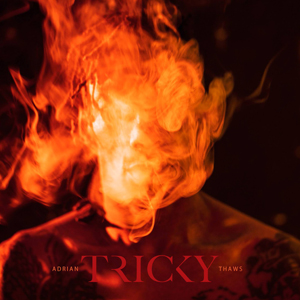 Last year I interviewed Mark Saunders, an English recording engineer with names like Neneh Cherry, The Cure and The Sugarcubes on his resume. But perhaps the greatest record he’s worked on, and the album I was discussing with him, was Tricky’s 1995 debut Maxinquaye. Even today, Maxinquaye is such a singular listen – stoned and spooked, alien and perverse – that it’s hardly surprising its genesis was an unusual one. Saunders’ recollections, though, were startling regardless. Tricky, high and erratic, couldn’t even switch on the Atari computer his label had gifted him, and charged around the studio, scattering vinyl across the floor, covering it with spliff ash and shoving his favourites into Saunders’ hands with a “sample this!” Subsequently, there was a bit of bad blood between Saunders and Tricky – the engineer asked for a co-writing credit and didn’t get one – so I’m prepared to take his recollections with a pinch of salt. But when I asked Saunders if he thought he could have made Maxinquaye alone, he was unequivocal: “Not in a million years,” he said. “Tricky’s the real thing.”

Why am I telling you this story now, when I’m supposed to be reviewing Tricky’s tenth album, Adrian Thaws? Well, it’s a way of explaining that Tricky’s albums live and die on the strength of his collaborators: their aptitude for taking this naïve, unstable but undoubtedly unique vision and translating it into sound. After a spectacular average in the ‘90s, Tricky’s recent run of records – beginning with 2008 comeback album Knowle West Boy – have felt decidedly patchy. And while Adrian Thaws lines up an interesting role call – rappers Blue Daisy, Mykki Blanco and Bella Gotti (formerly, grime emcee No Lay), plus Micachu collaborator Tirzah and a breathy Martina Topley-Bird-a-like named Francesca Belmonte – it suffers from the same issues that have blighted his last few: directionless genre-hopping, unimaginative productions, and a general absence of Tricky himself.

Adrian Thaws is not without its moments. The opening ‘Sun Down’ is neatly nostalgic for the smoked-out gloom of Maxinquaye, Tricky and Tirzah trading stoned mumbles over soporific beats and icy shards of guitar. ‘Nicotine Love’ flips between glimmering synth-disco and vaguely Angelo Badalamenti string sections, Belmonte on lead vocal and Tricky haunting her like a shade. ‘My Palestine Girl’, meanwhile, starts audaciously, a slavering and libidinous Tricky rap drooled like syrup over crackling static and distant sirens. But a brooding cameo from Blue Daisy is too brief, and the conceit is ultimately pretty thin; there’s no political commentary here, just Tricky trying to get his end away: “I take a trip to Gaza/It’s really love I’m after…”

Elsewhere, it’s a story of misfiring ideas and botched experiments. ‘Lonnie Listen’ lines up cheap keyboards, unpleasant guitar licks and Mykki Blanco rapping “Why don’t you befriend me/On Facebook?” ‘Silly Games’ is a lightweight reggae lope that could be a Lily Allen B-side, while “I Had A Dream” takes a mid-album swerve into cocktail jazz. Bella Gotti leads on two tracks, ‘Gangster Chronicle’ and ‘Why Don’t You’ – hurt and vengeful tales of gangster life and black British experience that land like a flurry of fists. Fine, but it’s hard to glean what they’re doing here, exactly. Of course, Tricky has always spoken through his collaborators – one of the great pleasures of Maxinquaye and Pre-Millennium Tension was the way his sinister, perverse words felt spilling from Topley-Bird’s mouth. But with all these voices clamouring for attention, it’s hard to get used to the idea that any one in particular is his vessel.

Probably my favourite track here is a skit, ‘Unloved’, on which an unidentified black British voice speaks mournfully of late friends and dreams of positive revolution. It ends after just a minute, which feels like a shame, as it achieves both the unsettling atmosphere and raw human experience that are hallmarks of Tricky at his best. But then, being a fan of Tricky has long been a frustrating experience; the sense of hanging on a unique voice that can’t quite get a sense of itself. I won’t claim to know the answer, but I live in hope that one day Adrian Thaws will one day again make an album worthy of his name.