The Seer Of Cosmic Visions 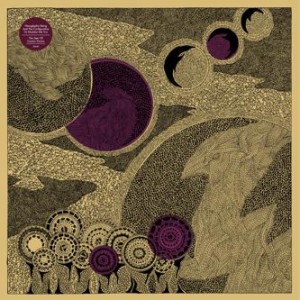 There’s a track on The Seer Of Cosmic Visions, Jamal Moss’ first album for Planet Mu, titled ‘Space Is The Place’. It’s one of many Sun Ra references littering the producer’s discography (Moss’ primary alias, Hieroglyphic Being, is itself a reference to his fellow Chicagoan, with whom Moss’ parents had “personal contact” when he was a child). Less obvious is the track’s missing subtitle: in its original incarnation, on last year’s A Synthetic Love Life LP, it came with the kicker, “But we stuck here on earth”.

Moss’ music, under a host of aliases, is all about failed, or partially failed, escape. It is music of frustration and fleeting elation; music which at times demands fierce efforts from the listener before granting sudden bolts of ecstatic clarity. His DJ sets can be equally turbulent, their stark jumpcuts, bewildering tempo shifts and moments of car-crash sadism challenging the accepted notion of dance music as transportation; or, as Rory Gibb memorably put it, “forcing dancers to confront again and again, every second, the physical reality of the club situation they’re in”. Perhaps not only the club situation, but the life situation. Under these circumstances, euphoria when it comes feels all the better earned.

Moss, an adoptee, has described his upbringing as being “dominated by a strong feeling of disconnection and non assimilation”. Music was, and is, a form of therapy; a quest for a (perhaps unattainable) “nirvana”. These days his discography is vast, much of it only available on limited-run CD-R. Some artists go to great efforts to create aesthetic worlds which, in their orderliness, seem to transcend the confusion and mess of real life. Moss, with his scrappy live-jam idiosyncrasies and erratic release logic, instead presents music as a natural outgrowth of life. His pursuit of unknown worlds is presented to us both in its successes and its failures. The contention seems to be that if you want to reach somewhere better, you’re gonna have to put in the legwork.

As such, it could be argued that The Seer Of Cosmic Visions doesn’t quite do justice to the spirit of the music it promotes. Collecting nine highlights from Moss’ back catalogue, it seeks to impose a kind of order on the chaos, or at least to serve as a primer to those intrigued by the producer’s recent cachet in “outsider” circles but unsure where to start. Elsewhere, Moss’ tastes roam as far as guttural noise and drone – picked up in the EBM and industrial clubs on Chicago’s North Side – and (relatively) classicist house indebted to his hero Ron Hardy and mentor Adonis. There are sonic extremes here, sure – particularly ‘How Wet Is Ur Box’, which sounds like an audio file crumbling before your ears, lines of code sloughing off like so much wet newspaper. But for the most part, The Seer of Cosmic Visions samples from a narrower bandwidth.

Still, as an education in what makes Moss’ music tick, it’s more than adequate. Let the whole album run through and the chief impression is one of jittery unease; even the most enjoyable tracks are hot and angry, like a freshly infected wound. At the centre of each is a tension – between confinement and release, the earthbound churn of gnarled Chicago jack tracks and a freeform, untethering impulse. Moss may fiddle with the proportions (contrast the caged, frantic title track with the rather graceful ‘Space Is The Place’), but that basic tension is never resolved. And nor would we want it to be – often their knife-edge poise is what makes these tracks so arresting, whether in the foiled ascent of the lilting piano lines in ‘Letters From The Edge’, or the leaden drones of closer ‘Strange Signs In The Sky’.

A devotee of jazz fusion, Moss’ wandering, discordant melodies bring to mind the jazz practice of playing ‘outside’ – venturing beyond harmonic home turf to play “all the wrong notes”. But where jazz musicians can apply theoretical rigour in their pursuit of the beyond, you sense Moss is relying on the chaotic behaviour of his machines to function as guide. This dependence is not without its frustrations. ‘A Genre Sonique’ is almost impenetrably murky and decrepit. Even more bracing is ‘Calling Planet Earth’, whose dissonant string clusters, snagging endlessly on the groove, are more likely to induce panic than any sense of liberation. But there’s a curious kind of pathos, too, to the tirelessness with which Moss batters against the obstacles in his path. We might be stuck here on earth, he seems to be saying, but we’re not going to take it lying down.