It’s a part of the modern malaise to have to demonstrate emotional incontinence at the death of every vaguely famous person you’ve never met.

But it’s far too easy to swerve the other way too and succumb to cynicism about people’s genuine responses: sometimes the death of a stranger genuinely does hit you hard. And it has for me with Mark Bell’s passing. Funnily enough, the last time I got a real pang in similar circumstances was when another Warp artist, Broadcast’s Trish Keenan, died, though that was for very different reasons: 1) because we had friends in common so it felt close and raw, and 2) because Broadcast’s music had very specific and quite intimate personal resonances for me.

With Mark Bell it’s less about small, personal connections, and more the feeling that something foundational in my life has been, if not taken away, then at least shaken. It’s closer to when John Peel died: for all his manifest faults, for someone of my age – coming of musical age in the 1980s and 90s – my life choices, my friendships, my formative experiences, the type of adult I ended up becoming would have been totally different without Peel. It was less about the jolly uncle affection that he engendered, and a lot more about sheer hours of life spent listening, and myriad connections made as a result. And Mark Bell’s work was similarly important.

It’s impossible to overstate how much ‘LFO’, the track, rocked my world. At fifteen, I already had a a vague idea of what acid house and techno were about, I knew roughly what dub was and how its low end impact affected me, but nothing prepared me for how perfect this track was: how it was clever and emotional, but stoopid and gut-level at the same time. It did exactly what I’d wanted all the music I’d been hearing to do, it was what I always imagined techno was supposed to be – and it was ours, it was very British, it had a Speak’n’Spell machine in it to resonate with our childhoods, it suddenly felt like our generation had a thing that nobody else had ever had.

And of course, having made one perfect single, incredibly Mark Bell and Gez Varley made a perfect album in Frequencies. Perfectly designed, perfectly sequenced, perfectly pitched in terms of its reference to past and future, purism and eclecticism, even containing a guide right at the beginning in ‘What is House?’ for those who wanted to dive in deeper. Again, this was something that felt like it was ours: in an era of Blue Lines and Screamadelica and Loveless and Low End Theory and Nevermind, here was not only an album that showed techno could equal any of these for “classic” status, but one made by two ordinary Herberts only three years older than me, who’d been to a school much like mine, watched the same cartoons, read the same comics, breathed the same leaded petrol fumes… 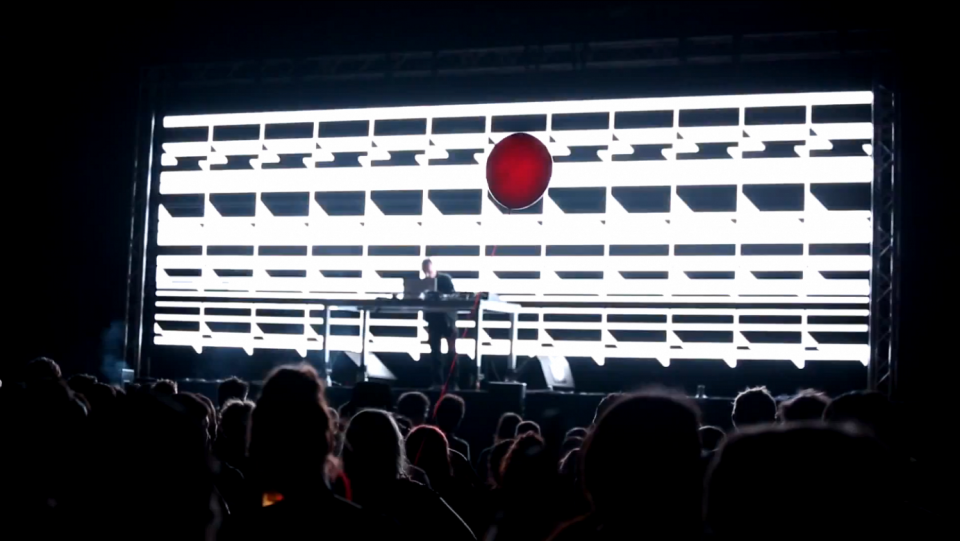 That initial impact would’ve been enough, but there was more that made Bell continue having a deep personal influence on me. We could go on about his and LFO’s career and influence in detail for ever, about how hardcore, jungle and all that followed would have been very different beasts without Yorkshire Bass, about how his influence seeped into all sorts of corners of mainstream and underground, about how he was as important as any of the American or European techno gods, about how tracks from Advance could easily pass for cutting edge 2014 music – and I already have a bit elsewhere. But it was not the specifics of given tunes that made him so important to me as the years went on: it was the sense of him as a constant, as someone reliable in a sea of change.

For all that I had passions for and alliances with all kinds of music scenes as I grew up, it was the rough-edged, non-conformist techno scene – the world of Tresor, Club UK, and my awkward-bugger friends in Brighton – that I really plugged into on a personal level, the place where I felt I was among my people and which I joined in with with most aplomb. And Bell was possibly the person who took the combination of punk attitude, high-tech intellect and raw funk furthest out into the mainstream, and kept at it right to the end. I knew, whenever I saw that he was producing or remixing something, that I could expect something elemental, raw, funny and mind-twisting.

The only time I ever met Bell was just after I had started writing professionally, and managed to interview him up in Leeds for, of all places, The Daily Telegraph. It was 2003, and I was dismayed every editor I spoke to at the time would reel out a set of platitudes that “dance is dead”, “there’s no such thing as underground any more”, yadda yadda yadda. Yet in Sheath, the album which Bell had just dropped, here was as great and raw and fresh feeling a piece of electronic rave music as you could hope to hear, and in person he was precisely the unpretentious, cheeky, but wildly enthusiastic inveterate raver that I had hoped he would be. It renewed my faith that here was someone who, although he was easily as important and influential as, say, Aphex Twin or Goldie, had no interest in hype whatsoever, but in true techno style just wanted to keep rolling out the beats, and would likely continue to do so for years to come.

In that interview, when I asked if he ever wanted to do something in the “classic” LFO sound, he told me that he made tracks every day and could drop a couple of albums worth of Frequencies-style jams any time – but he wasn’t interested in looking back. That was nice to hear, and maybe it’s true: it would be nice to think that there’s more for us to hear, and more ways for his family to earn from his legacy. But the shock I feel – and the reason I sat up disconsolately last night playing through track after track, not really feeling better but still marvelling at how great they were – is not based around greed for what he might have made in the past or could hypothetically have made had he lived. It’s entirely based on the music I have heard. This music, which bristled with enthusiasm to the end, which completely short-circuited lazy ideas of underground vs mainstream, which always hit hard at brain, heart and feet: this music is a part of me, a part of my friends and a part of my life, so excuse me if I do get a bit emotional at the death of this stranger.

Photography courtesy of Flat-E, the studio behind LFO’s reactive tour visuals, as well as visuals for Jon Hopkins and more.