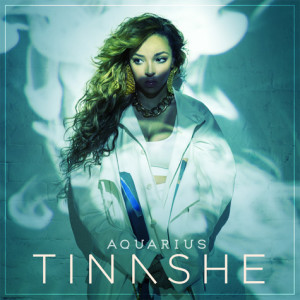 “Simmer down,” Tinashe instructs you on the very first line of her debut album for RCA. The shock of it – opening a pop R&B album on a note that immediately says “stop, relax” – captures everything her cult fanbase has come to love about the rising LA star. Despite having at one time supported Justin Bieber on tour in a girl group called The Stunners, Tinashe’s been making deliciously low-slung, against-the-grain R&B mixtapes since 2011. She’s an experimental soul in a bona fide popstar’s body. When I caught her live in London earlier this year, she played a hotel basement full of dudes in snapbacks as if it was the O2 Arena full of screaming girls. She had dance routines, hair flicks, melisma for days and you just knew she’d have had costume changes too if her set time had allowed for it – and yet the music saw her whispering about come-ons and comedowns with a sharp tongue, creating something totally opposed to club-ready chart R&B.

Many commentators seem to miss the point of Tinashe when they reduce her to talking about her skewed, usually very dark sonics: what’s exciting about her is not necessarily just that, but the fact that she uses this sound directly in conjunction with more familiar, or even cheesier pop touchstones. After three mixtapes of moody songwriting and found sound interludes were followed up by the Mustard-produced banger ‘2 On’ in early 2014, there were worries abound that Aquarius might signal a switch-up in Tinashe’s sound, steering it in a more pristine direction. Instead, what she’s achieved is a record that showcases her talent for making hits as much as her talent for fucking them up. The Cassie-channelling Tinashe practising her dance routines in skimpy outfits in front of the mirror in the ‘2 On’ video doesn’t feel like a lie; neither does the Tinashe who says she “likes to be alone” on ‘Cold Sweat’. Aquarius is quite a complicated and accomplished album in that it’s amplified the potential of the mixtapes, making Tinashe into an unquestionable contender for real popstar status, without sacrificing the weirdo introspective soul that made them so special.

‘2 On’ might have been Tinashe’s first push into the clean thump of the LA ratchet sound, but it would be unfair to make out that all her tracks before it were whispery twilight murmurs waiting to be coalesced into pop gold. She’s been dropping fire hooks since day one: ‘Boss’ was unshakeably catchy with its sneer of “I know that you hate it when you see me with those other ni**as, easy,” and the predatory creep of the Travi$ Scott-assisted ‘Vulnerable’ was low-key one of 2013’s best pop moments. Her debut album, though, is her first release that you could truly describe as being wall-to-wall with astutely crafted pop songs: ‘All Hands On Deck’ is another bouncy club banger; ‘How Many Times’ asks an eternal bedroom R&B question; ‘Pretend’ is an addictively sweet meet-cute; “Cold Sweat” builds tension gloriously and coasts through breathy choruses reminiscent of Janet or Aaliyah, pulling back where others might go hard.

These triumphant moments are never quite clean-cut, though. ‘Cold Sweat’ is Tinashe at her most bitter and her best, interspersing delicate trickles of high register ad libs between biting lyrics about preferring her own company to that of those who want to leech on her success. What other R&B singer would write a track so sexy with a hook that’s so totally not? While everyone else is burning up a sweat, Tinashe’s all nerves and fever with her hiss of “ice dripping, cold sweat.” Meanwhile, between the bangers and ballads, there’s a brilliant slither of alien experimentalism helmed by Evian Christ in the form of ‘Indigo Child’, where the singer’s distorted voice looms over a sparse metallic landscape, and on ‘Bet’ Dev Hynes blows the song’s structure wide open with a massive guitar solo.

Tinashe is a master of walking that fine line between hot and cold, creating vibes unlike anything else in pop in 2014, but she’s not a substantial lyricist just yet. Her weakest point on this album is her tendency to over-stuff her songs with lyrics that veer cringe-inducingly between being both super literal and super opaque, many feeling like they’re there for the sake of filling a space or creating a mood. Most of the interludes contain her asking wide-eyed questions like “what is reality?”, throwing a spanner in the alluring mystery of the rest of the record, and really wouldn’t subtract much if they were cut from the meandering tracklist (with the exception of ‘Indigo Child’).

Elsewhere, on ‘Pretend’, it’s basically impossible to decode whether Tinashe and A$AP Rocky are playing friends who are secretly in love, lovers who are secretly out of love, or anything in between. The song is a total highlight, a bubblegum fantasy that explores the lies we tell ourselves in the name of love and infatuation – but it’s also a masterpiece in dissembling, revolving around a theme like a piece of candy being turned over in the mouth, dissolving quietly on the tongue rather than saying anything concrete. That’s what’s going to be required of Tinashe to make the leap from stylistically inventive pop singer to genuine trailblazer: when she has a story to tell or an agenda to push, something to really turn up or simmer down over, she’s going to be unstoppable.