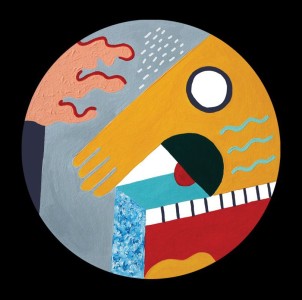 “I don’t live in Bristol. I don’t know anything about soundsystems. Why is 95% of dance music journalism so geo-specific anyway?” opined Livity Sound’s Kowton recently – presumably after facing yet another round of interview questions referencing the city’s soundsystem heritage. His irritation is understandable: though Kowton co-founded Livity whilst living in Bristol, he wasn’t born there, and has since moved away (though its other two founders, Peverelist and Asusu, remain). These days, more than ever, such references to place can seem unnecessary; a hangover from an earlier time in dance music history, when forming a community involved actually being in the same room as your cohorts rather than simply flashing up Google Chrome.

Still, it seems hasty to say that place no longer matters at all – particularly in dance music, where an artist’s access to club spaces, among other things, remains central to their development. The internet is changing things, but not completely. It’s important to remember that dance scenes have always depended on flow beyond their borders as much as consolidation within them: think of the relationship between Detroit and Berlin techno, for instance, or between UK hardcore and the US dance styles that fuelled it.

Dubstep – one of the last great dance forms to surface before the net started running the show – embraced these flows more readily than most. Particularly the dubstep peddled by Peverelist and others in and around – yes – Bristol. Appleblim’s 2008 Dubstep Allstars Volume 6, perhaps the best document of this period, was alive to the increasingly diverse character of its chosen style. And not only because it embraced overseas innovators (Martyn in the US; Holland’s Dave Huismans, aka 2562; Romania’s TRG). Bristolians, too, were looking abroad for inspiration – as demonstrated by the exquisite Berlin-style dubtechno of ‘Circling’, a Pev collab released on ‘Blim’s own Skull Disco label. The B-side to that track, ‘Over Here’, was later remixed by techno veteran Brendon Moeller. Skull Disco co-founder Shackleton’s ‘Blood On My Hands’ was famously reworked by Ricardo Villalobos. At the time, the scene got a visible thrill from these cross-border dalliances.

Bristol was ahead of the curve in this respect. Dubstep’s mass migration to house and techno in the years following reflected the same urge to venture beyond the familiar. Only this time flow vastly outstripped counter-flow, like a burst paddling pool voiding its contents. Peverelist rode the wave, ultimately founding the Livity Sound label with the (then) lesser-known Asusu and Kowton. Together the three of them issued a string of singles, compiled on CD last year, which outlined a singular, imposing vision for techno.

For a while this integration with the established house and techno worlds gave British dance music fresh momentum. But by 2014 the wave has long since broken. Livity, like many of their formerly-dubstep contemporaries, now play much the same clubs, and reach much the same audiences, as their house and techno counterparts. Livity Sound Remixes reflects this state of affairs. Prosaically, of course, it’s a remix album like any other, collating a series of twelve-inches featuring reworkings of Livity productions from an assortment of friends and admirers. But, just as with those Moeller and Villalobos hookups, it also speaks to the deeper dynamics at play.

Most striking, in spite of the diversity of contributors, is how unified the thing sounds. Credit partly lies with the originals, whose greyscale sonics frequently dictate terms to their remixers. But even beyond this lines of commonality criss-cross everywhere. On one listen it might be between techno veteran Surgeon’s remix of Pev & Kowton’s ‘Raw Code’ and Italians Stenny and Andrea’s ‘Endpoint’ – each a churning, emotive epic. Triangulating them nicely is Hessle co-founder Pangaea’s steelier, but equally linear, remix of ‘Vapours’; he may come from a different background altogether, but he seems to have arrived at much the same techno destination. On another pass, an arc can be traced from the ungainly stomp of MM/KM’s opener to the compilation’s close, where a romping Tessela mix of ‘Aztec Chant’ sputters out into Dresvn’s feather-light ‘Too Much Time Has Passed’. In spite of their differing origins, all three tracks have a playfulness and grainy idiosyncrasy in common.

And so on. Some artists buck expectation (a Nick Hoeppner version of ‘Sister’ is sterner than his Panorama Bar credentials would suggest); others the opposite (Beneath’s eminently British techno was always going to be a neat fit). A stodgy Ghost-202 version of Pev’s ‘Livity’ is the only real weak-spot (that and, possibly, MMM’s rather too on-the-nose electro-house take on ‘Surge‘). The star, meanwhile, might be Dave Huismans – he proffers two smoky versions of Asusu’s ‘Velez’ under his A Made Up Sound moniker, one wonderfully fluid and pretty, the other darker. (Like Peverelist, he’s come a long way since that Appleblim mix).

Ultimately, though – and unusually for a remix album – these individual moments are subservient to the whole. It’s telling that, given the right context and a skillful DJ, virtually all of these tracks could be stitched into the same mix. You’d be justified in feeling ambivalent about this – after all, from one perspective it looks an awful lot like homogeneity. But from another it’s a testament to the fertile conversation being conducted between several dance music worlds right now – a busy chaos of cross-talk and small-scale hybridity with house and techno as its lingua franca. In the low-friction, web-lubricated space of modern dance music, the flows between scenes have become the scene. And for now, at least, that’s no bad thing at all.