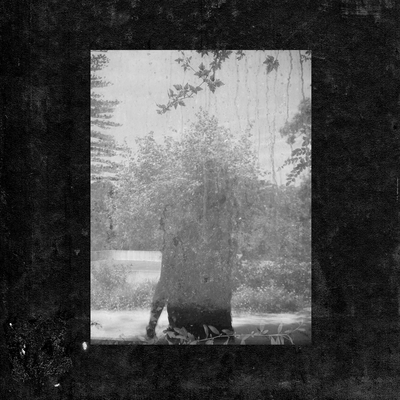 When I recently interviewed Liz Harris about her new album, she said something that stuck with me: “I was living by a popular myth, that if I didn’t talk about something, it wouldn’t be a problem. Ruins helped crack me open.” Followers of her work as Grouper might identify strongly with that sentiment. From the recent, spectacular double album A I A to earlier records such as Way Their Crept and the later Dragging A Dead Deer Up A Hill, all of Harris’s solo albums are apt to bring to the surface inchoate memories and emotions – or, as she might put it, to crack you open. Her body of work carries with it a heavy emotional weight, and listening to it requires commitment in kind as Harris creates an intimate space for you to come face to face with deep-rooted feelings and quietly reflect on them. That sense of intimacy has never been greater than on Ruins, which brings those feelings closer to the surface than ever. Recorded with a humble setup of four-track tape recorder, upright piano and voice, its sparseness and space are central to its emotional openness. “I appreciate all kinds of space,” Harris said simply in our interview, and the different spaces at work on Ruins testify to that.

She recorded the album in Aljezur, Portugal, in the house of a friend’s aunt while on a residency and in relative isolation. She has spoken of the album being a document of that specific place and time, a sentiment that’s immediately apparent on the opening track ‘Made of Metal’, an ambient piece closer to the Grouper of Dragging A Dead Deer… and A I A, but one where the unmistakeable chirrup of frogs peppers the low, pulsing rhythm and hiss of tape. The sound of frogs in the background also joins Grouper’s piano and vocal on ‘Lighthouse’, and rather than re-recording ‘Labyrinth’, where the beep of a microwave coming back on after an electrical storm was caught on tape, Harris left it in. That sound – an entirely bizarre, beautiful mistake – is one of Ruins’ highlights, curiously affecting and immediate, as if Harris has not just let you into her own extremely private emotional world, but physically invited you into her home.

Lacking the obfuscation of tape noise and delay, the fogginess characteristic of Grouper’s records lifts slightly. Sustained piano notes and Harris’ breathy, diaphanous vocal twine around one another and create an expressive space where what she doesn’t say holds as much weight as what she verbalises. That said, Ruins contains some of Harris’ clearest singing, and its lyrical themes are among her most emotionally candid to date, dealing, as she explained in our interview, with the after-effects of a relationship that she failed to address properly when it ended.

‘Clearing’, which weaves soft-spoken vocals around a repeating piano figure, is an early case in point. Even long after an event has passed, the memories and emotional jetsam left in its wake can exert the strongest pull, expressed with heartbreaking candour in lines such as, “And every time I see you / I have to pretend I don’t” and “Sometimes I wish that none of this had happened”. Again, absence – pretended, wished for, or otherwise – takes centre stage, with space taking on the significance and depth of an extra character in the album’s narrative of longing and regret. It’s inextricably tied up with love and loss, too: on ‘Holding’, Harris sings, “I want to go / Run straight into the valleys of your arms / And disappear there”, framing warmth and physical closeness in the language of the void.

Harris sings ‘Call Across Rooms’ and ‘Lighthouse’ at the higher end of her range. On the latter, her double-tracked harmonies give the song a layered quality, like a palimpsest which, if listened to closely enough, will reveal old songs not fully erased. ‘Call Across Rooms’, on the other hand, contains some of her clearest singing and the heartrending, unanswered hope that “maybe we’ll figure it out”. Words seem to slip in between and out from the piano lines, somehow both obscured and laid bare. Fittingly, given that most of Harris’ lyrics still need very close listening to fully make out, the sounds of the elements that figure strongly on Ruins often assume the role of an expressive language outside verbal communication. ‘Holofernes’ is one of the album’s most nervous and tense tracks, its tightly circling piano figures echoing the violent connotations of its title, and countered by the calming patter of rain. Rain also features on ‘Holding’, after Harris sings Ruins’ last, agonising line, “There’s nothing left to hold”. Her words dissolve into the sound of a storm but their sentiment lingers, so that even the tapping of raindrops seems pregnant with loss and yearning.

The closer ‘Made of Air’, the only track not recorded at Aljezur, is the companion to ‘Made of Metal’, all loops and ambient haze, and altogether different in spirit and sound from the six piano tracks. Sequenced in this way, the opening and closing tracks act as uncertain counterpoints to the emotional focus of the rest of the album, and hammer home its isolated feel. For all those lyrics written in the second person, ‘Made of Air’ and ‘Made of Metal’ underline the reality of Harris on her own in a house in the countryside, playing piano and singing to the wind and the rain and the frogs and the sea, the person her words are addressed to long gone.

Over after only 40 minutes, Ruins’ brevity concentrates its emotional impact even further. Speaking to me about her recording setup, Harris described it as “calming”: “Limits give me the most flexibility. I don’t like a lot of options.” This album demonstrates perfectly her gift for taking a handful of elements and forging something deeply affecting from them. This is by no means the first time she’s displayed this talent, but Ruins is one of her finest works, full to the brim with emotion in spite of the aching space at its heart.