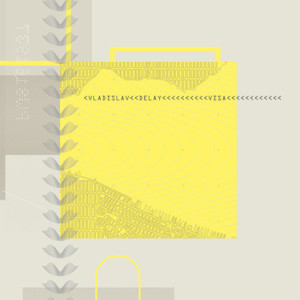 There is a kind of irony to the circumstances surrounding Sasu Ripatti’s latest LP. The story goes that, on the eve of a US tour in late 2013, Ripatti had his visa application denied. With two weeks to kill in his studio, he sat down and made an album. The situation is ironic because, for once, Ripatti found inspiration in being refused access – when his whole career has been built on his ability to fluidly traverse borders.

Emerging in the ‘90s with no connection, geographical or otherwise, to the existing techno scene, the Finnish Ripatti was quickly championed by the revered dub-techno clique around Berlin’s Chain Reaction label. His 2000 album as Luomo, Vocalcity, blithely reconfigured deep house for a new generation whilst keeping the scene concerned at arm’s length. Ripatti would go on to spend seven years in Berlin, and become something of an establishment figure on the fringe of dance music – and yet he still professes to having “a less than great opinion of DJs and the DJ market”. It’s tempting to think that he prefers to be a visitor – always passing through, never quite at home.

Even now, almost two decades into his career, Ripatti’s vast recorded output thrives on cross-border dalliance. 2009’s Tummaa, under his Vladislav Delay alias, enlisted live musicians in a seeming attempt to reconnect with his first love, jazz (he would go one further, in 2011, with the Vladislav Delay Quartet). More recently, a salvo of limited-run twelve-inches on a new eponymous label entered into bold encounters with footwork and other dance forms. The past two Delay albums, Vantaa and Kuopio, were billed as an evocation of the Finnish landscape. Ripatti having returned to his homeland at the end of the ‘00s, their expansive soundscapes, bubbling with small-scale life, seemed to reflect the experience of seeing a familiar place after a long absence, as if for the first time.

Visa feels quite starkly different from those other projects. It doesn’t refer to any exterior landscape, or interact with any concept or style beyond itself. Instead, it is simply born of a situation – the scuppered trip abroad, two weeks of spare time – and a single place: Ripatti’s studio. His studio is a story in itself, in fact – self-built, from scratch, on Ripatti’s return to Finland. It’s difficult to think of a more obvious symbol of commitment to a single place, and to a prolonged period of stasis. Perhaps Visa as about Ripatti’s relationship with this place. Rich but clinically precise, and intended to be listened to at “high volume and in full detail”, it’s an album which invites you to revel in sound for sound’s sake. Subtle, absorbing and determinedly abstract, it requires you to simply marvel at what the machines can do.

23 minute opener ‘Visaton’ sets up much of what will follow. Mostly it’s a string of rich, diaphanous synth chords, of the sort you might hear on a deep house record. But instead of pulsing rhythmically, they shimmer and skitter in agitated stasis – like a butterfly pinned in place, all the better to marvel at its iridescent wings. Over the top, minute percussion sounds hiss, crackle and buzz, occasionally chuntering into motion like some arcane studio mechanism captured on mic. Sometimes an interesting place is reached, and Ripatti explores it for a while – probing the material, developing it. But he’s just as likely to move fitfully on, those chords lurching queasily out of pitch, the pitter-patter percussion scattering, to regroup in a new form once again.

It’s impossible to tell if Ripatti is improvising, but he at least seems to be borrowing the form – the elliptical cadences – of improvisation. Combined with his intensely limited materials, the feeling is of rigorous, careful exploration, rather than pre-meditated structure. That might sound dry, but the effect is quite gripping in its ambiguity. Points of beauty and dissonance are held in uneasy stasis. It can be difficult to know where we’re going next, but that’s part of the thrill.

It’s a fascinating aesthetic – quite unusual even within Ripatti’s discography – and one which slowly develops as the album progresses. ‘Viaton’ is structurally sleeker, particularly in its opening section, a single mournful chord-texture which flickers seductively, like a still pool striated with light. ‘Viisari’ and ‘Vihollinonen’ are increasingly dense, summoning a strange sense of urgency even as they remain teasingly immobile. It’s almost as if we’re arrested inside, or in between, musical moments. Unlike those previous two Delay albums, here the landscape is interior – not just the interior of the studio but the interior of sound, its pits, folds and minute inner workings.

Closer ‘Viimeinen’ ends, unexpectedly, with a few seconds of ambient noise – a gentle rustling which could be a mouse on a mousepad, a fader being pulled down, a cup of tea being furtively sipped. Suddenly the thought occurs that we’ve not been hearing an in-the-box composition at all, but an ambient recording of the studio itself. In other words, that we’re hearing exactly what the producer is hearing, in a process of shared discovery. In Visa, Ripatti has constructed an album evocative of one extremely specific place – and it’s a place which couldn’t have been accessed by anybody but him.