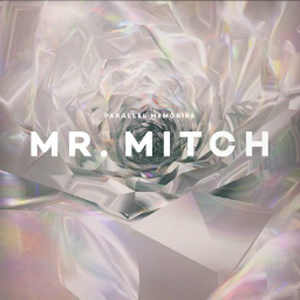 It’s been a little over a year now since grime went to war. Uniting veterans and emerging talent in a hectic few weeks of playful oneupmanship, “war dub” season was a watershed moment in grime’s resurgence. Mr. Mitch waited until the dust had settled before releasing Peace Dubs Vol. 1. Stating simply that aggressive beats didn’t “come naturally” to him, the South London producer instead re-imagined tracks by Wiley, Davinche and others as flights of mournful introspection, relieved of their brash energy. Whether intentionally or not, he articulated something on a lot of people’s minds.

Since long before those war dubs came along, grime has presented itself as a genre built on conflict and competition. But musical scenes are rarely monolithic, and there has always been a softer yin entwined with the style’s macho yang. (Just think of the weepy anthems of Ruff Sqwad, or Boy In Da Corner’s moments of piercing angst.) As such, Mitch’s ongoing Peace Dubs series isn’t as antagonistic towards grime’s basic values as it might seem.

The Boxed co-founder is certainly no embittered outsider, having produced for the likes of Skepta and Riko Dan in the past, as well as encouraging his own producer clashes through his shortlived Beatfighter concept. Instead, he has simply chosen to magnify a less-discussed quality of his beloved genre; or, as fellow space cadet Logos has said of his own output, to locate a “little door open in a corner” of grime and prize it open, one heartfelt melody at a time.

This door has been widening steadily over the past couple of years. Alongside Logos, the likes of Visionist, Mssngno, Strict Face and Dark0 have each emphasised some combination of melody, space and melancholic drift. Two debut LPs crown this aesthetic in the closing weeks of 2014, of which Mitch’s is the more assured – not to mention the higher-profile, appearing via electronic institution Planet Mu. Mu’s Mike Paradinas has long had an ear for artists from niche scenes with the capacity to reach a wider audience, and in Mitch’s highly refined, popwise sound, he’s likely onto a winner.

Parallel Memories is grime distilled until only its melodic essence remains. Drums are present, but they often function as little more than pensive timekeepers. All the better to frame those tunes – artful, delicate things, rarely saying more or less than they need to. In a track like ‘Feel (Don’t Ask)’, there seems to be almost as much silence as there is sound. In the space between the beats, it’s tempting to imagine Mitch’s fingers hovering over the keyboard, thoughtfully considering their next move. Our man can be bold, too, but always within tight constraints; the r’n’b-sampling ‘Don’t Leave’ has the headroom to grow into an huge anthem, but it keeps its cool for the duration. Perhaps surprisingly, it’s all the better for it. 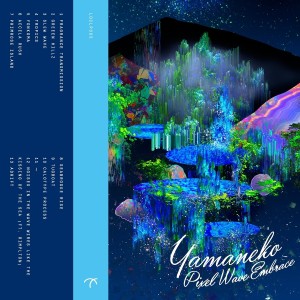 There’s a wonderful sense of purpose to everything Mitch does. Even when very little is happening, you sense that it’s happening in some direction or other. By contrast, the lesser-known Yamaneko specialises in subtle, aimless drift. A recent mix paired off the London-based producer’s music with tinkling etudes from ambient composer Hiroshi Yoshimura. ‘Fragrance Transmission’, the lead track from Yamaneko’s Pixel Wave Embrace, appears to reference Yoshimura’s 1984 LP Air In Resort, originally commissioned for the launch of a perfume. The implication is that we should consider Yamaneko’s music not as a language to be understood, nor an unravelling drama, but more like a smell: something which simply hangs there, filling the room, tugging at memories and associations.

As you can imagine, some of Yamaneko’s beautiful minimalist synth compositions are grime only by context and implication. (They appear courtesy of grime-affiliated label Local Action; they’ve received support from grime figureheads like Logos and Mitch). Elsewhere grime percussion does surface, but in Yamaneko’s hands those bass pulses and serrated snares are rendered rather toylike and small. This conceit works wonderfully on the likes of ‘Greeen Hillz’ and ‘Primrose Island’; less so when Yamaneko has a crack at acid house, on ‘Accela Rush’, or treads a little too firmly on Mumdance and Logos’ toes, on ‘Slew Wave’.

These missteps aside, Pixel Wave Embrace is a captivating record. It’s something like grime’s answer to the private-run New Age tape, unassuming but concealing surprising depths. Of course, we’ve strayed pretty far from grime’s perceived core values here. Mitch’s album, too, is very much of its moment; it’s difficult to imagine his finely wrought electronica appearing under the banner of grime even two years ago, let alone five or ten. The fact is that things have changed. Different people are making grime now, and different people are consuming it. A growing focus on melancholy and nostalgia in any dance genre tends to reflect, for better or for worse, its changing social makeup. For every Mitch, approaching this new territory from the heartlands of grime, there are several Yamanekos, coming to the style fresh and with their own tastes and values.

So do these two albums, and the aesthetic they embody, reflect a sea change in grime? Certainly. But grime, remember, has never been monolithic – and it’s less so now than ever. Elsewhere, traditional MC-led culture is making a return thanks to Lewisham’s The Square, while the likes of Butterz continue to maintain strong links between grime’s entrenched infrastructure and its growing global audience. Mitch, Yamaneko and co are simply pursuing a divergent path. Presented with the fruits of their labour, it’s difficult to see that as a bad thing.