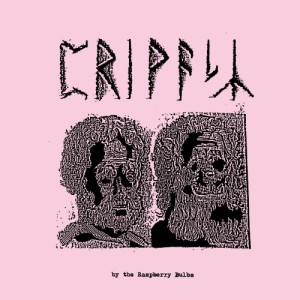 Back in the day, one of the common aims stated by practitioners of extreme or transgressive art was to dredge up all the dark matter of the human experience and hold it up to the light: a bold move, but deemed ultimately necessary in a society mired in conformity, complacency and moralistic self-censorship. It’s worth considering, though, how things have changed over the last 30-odd years. Today, the casual scan down a Facebook page or an ill-advised Google Images search can bring up all manner of horrors: deaths, executions, animal cruelty, unimaginable perversity and egos let loose – all the worst aspects of humanity, scattered amongst the funny cat pictures and Beyonce GIFs. Most, I think, would still argue a connected world is superior to a pre-connected world, but Marco del Rio, sole founder of the New York group Raspberry Bulbs, reckons otherwise. The third Raspberry Bulbs album, Privacy, is pitched as a sort of retreat from the world: as del Rio puts it, “a defence of the anti-social, the secretive, and the inward-looking; a call to resist the contemporary obsession with ‘connection’, exhibitionism and peer approval, and to claw back ownership of the self.”

As far as the internet can tell us, del Rio began his music career in Bone Awl, a Californian black metal band pushing a primitive and raw take on the sound that stripped away misty atmospherics and added a boneheaded rhythm reminiscent of early British street punk. Raspberry Bulbs – which began as a side-project around 2008 and some point expanded to a five-piece band – never quite felt like a clean break, but a run of demos and then records, all in the trademarked lipstick pink packaging, cleaned up the recording fidelity and added goth and death-rock influences to the brew. Drums are played at a hard thrash, guitars shriek like buzzsaws, and del Rio sings throughout in an angsty, faintly hammy snarl. Yet the tone throughout Privacy is neither angry nor scary, but weird. The music it reminds me of most – in sound, a bit; in spirit, a lot – is the records of Rudimentary Peni, the British anarcho-punk band fronted by one Nick Blinko, a sometime psychiatric patient whose lyrics on Peni’s fiercely strange 1995 album Pope Adrian 37th Psychristiatric dealt with his delusion that he would be the next Pope. Hermetic, strange, warlike in moments but withdrawn in others, Privacy invites your full attention but stands at a slight repose.

Certainly, this is a more advanced record than Raspberry Bulbs’ Blackest Ever Black debut, Deformed Worship – or, indeed, anything else the group has recorded so far. Much of this is down to a slightly cleaner recording (the notes suggest this it was done on a four-track, but many of Raspberry Bulbs’ earlier releases revelled in their wrecked, demo-quality production). In part, though, it is down to a conscious broadening of the palette.

In places, Privacy certainly rocks as hard as anything that preceded it: see ‘Light Surrounds Me’, with its panicky, cascading riff and desiccated snare smashes; ‘How The Strings Are Pulled’, which finds del Rio’s wracked proclamations echoed by a zombified terrace chant; or ‘Nail Biting’, a plain guitar-drums workout that alights on a riff so brutishly perfect that it appears unwilling to adorn it further – just 109 seconds of rusty clangour, and it’s snuffed out like a candle. This time out, though, Raspberry Bulbs’ grimy churn is interspersed with a number of interludes titled with Roman numerals, which serve to both break up the action into distinct episodes and point out to a deeper, darker inner world. ‘II’ is just 46 seconds of glassy scrapes and a distant backbeat, while ‘VII’, lines up one-fingered synth lines, metallic sounds and a buried spoken monologue that falls not a league away from some of the more pensive Prurient sides. Raspberry Bulbs’ label, Blackest Ever Black, have worked to dissolve the boundary lines between “dark” genres. Privacy follows its lead, proving even what is essentially a raw punk rock record can become a more immersive experience by employing elements of gloomy contemplation, ebb and flow.

This is clearly an ambitious band, but – as the theme implies – one who value a certain solitude and distance. It’s hard to imagine Raspberry Bulbs cleaning things up further – and probably, if you could hear exactly what Marco del Rio was singing, their spell would be partially shattered. Still, the closing ‘Big Grin’ suggests a potential way forward. Affectionately recalling Joy Division precursor Warsaw with its gnarly mid-tempo bass groove and moody tom work, it implies they might have a future tunnelling into a doomy, dour post-punk. That might sound like revivalism, but I reckon Raspberry Bulbs would find a way to make it their own.