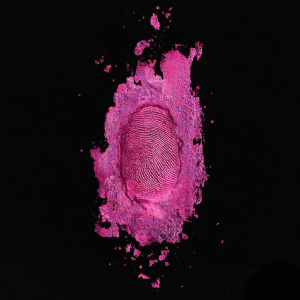 Nicki Minaj’s third studio album The Pinkprint is a break-up record for people who are ready to fuck again. ‘Pills N Potions’ foretold a project full of forgiving meditations and subdued pop after promises of no more ‘Starships’s. But what starts emotional, sing-songy and damn near like a Drake album, then maps the dynamic scope of the internal negotiations one makes in love and business.

After an opening triptych of maudlin pseudo-ballads (‘All Things Go’, ‘I Lied’, ‘The Crying Game’), the bird call comes. There, Minaj delivers two of her greatest pop songs ever. They are unsaccharine and tantamount to your favorite rapper’s gnarly sex missives. ‘Get on Your Knees’ and ‘Feelin’ Myself’ embody the duality of a woman’s autonomous sexuality: on the first, Nicki demands that her partner “act like a peasant” and commands all of her bedroom needs. Contrasted with ‘Feelin’ Myself’, the album’s standout, where Nicki flexes four flows (and makes sure you know it), you begin to see that duality. Nicki’s second verse puts a lot of stock in the empowerment that can happen when you submit: “He said, ‘Damn, Nicki, it’s tight’ / I said, ‘Yeah, nigga you right’ / He said, ‘Damn, bae, you so little / But you be really takin’ that pipe’ / I said, ‘Yes, daddy, I do / Give me brain like NYU’ / I said, ‘Teach me, nigga, teach me / All this learning here is by you.'” At its basest level, intimacy is an exchange of knowledge. Nicki has partnered the reality that you can be both the instructor and the student and that it’s good to be both.

The majority of The Pinkprint is about the transactional value of love and sex. There are spots where Nicki ventures out — ‘Four Door Aventador’ is Hard Core pantomime that sounds almost as if Biggie crafted it from the grave, ‘Trini Dem Girls’ makes sure to remind you she’s “still bad and still foreign.” But even when she’s not rapping about feelings, as she does on ‘Grand Piano’ and ‘Buy a Heart’, which features a surprisingly Auto-tuned Meek Mill on the hook, the power of gendered exchange is present.

‘Only’ is the most glaring example. Opening the song with “I never fucked Wayne / I never fucked Drake” comes off to the uninitiated as a cheeky way to lead off a song about her coveted goods. But it’s hard not to be immediately reminded of the accusations Gucci Mane made about her having group sex with him and Waka Flocka Flame. Is she telling us she would have made them “eat her ass like a cupcake”? Is she trying to make us forget those shots were even fired?

The Pinkprint is ultimately Nicki’s most cohesive project. It’s her most revealing about her recent and long-term emotional struggles, although it’s possible Pink Friday gave us just as much of her before most were willing to let her in. But more than just the transactions of feelings, the album will represent the transaction between artist and fan: the demand for “real hip-hop” vs pop glitter, the need for Nicki to best herself at all costs, lest she disappoint us. She’s a business, man, but with this album she’s shown us that she’s fully cognizant of the give and take that’s expected of her but is ready to give up our conjecture and is learning to love herself again.