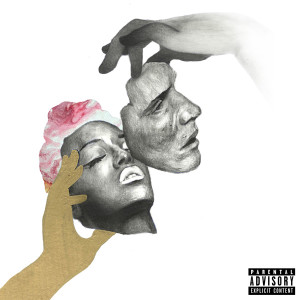 Available on: Our Dawn Entertainment

There’s a danger for cult artists in any field to be trapped in their own self-created mythologies; the line between boldly carving your own path only to find that it goes round in circles is a fine one. On 2012’s Armor On and 2013’s Goldenheart, Dawn Richard’s vision was singular, awe-inspiring and obsessive to the point of monomania: the self-described Joan of Arc of R&B constructed a fantasy landscape in which she waged holy war in the name of love.

Last year, the prospect of victory seemed to recede. Richard split from Druski, the producer with whom she’d enjoyed a seemingly symbiotic chemistry amidst acrimony; Blackheart, the second instalment of Richard’s proposed trilogy, was trailed in 2013 by two singles, ‘Judith’ and ‘Valkyrie’, which suggested that her songwriting was moving into “admirable but impenetrable” territory. An abrupt abandonment of the battlefield to return to her former group Danity Kane and their more worldly concerns was an ill-fated shambles and – despite the surprising quality of DK3, the album which somehow emerged from the mess – an artistic detour. As a physical altercation hammered the final nail into the girl group’s coffin, Richard found herself beset by her grandmother’s death and her father’s cancer as well as the anger of Danity Kane’s small but vocal online fanbase.

Faced with this test of the fighting qualities Richard had sung about on Armor On and Goldenheart, there must have been a temptation to retreat further into that self-contained bubble. What’s remarkable about Blackheart, though, is how Richard has neither rehashed nor abandoned her mythology – but transformed it from the inside out. If Goldenheart was a monumental but monolithic edifice of an album, Blackheart is a shape-shifting house of mirrors in permanent flux, light where its predecessor was heavy, welcoming instead of forbidding.

This is despite an almost wholesale abandonment of traditional pop qualities. Verse-chorus-verse structures are out; freeform narratives and hypnotic mantras, ruptured by all manner of vocal processing and electronic workouts, are in. Richard’s anguished voice is the first thing you hear – an acapella cry of “I thought I lost it all” that’s as powerful a way to open an album as any in recent memory – but thereafter, she cedes as much of the storytelling to the mutating, bewitching sound design (Richard shares co-production credits with Noisecastle III, best known for JoJo’s underrated 2012 mixtape Agápē). Beats morph restlessly and continually into unexpected forms – at times, ideas are picked up and discarded for good within a couple of bars, such as the 20-second electro synth riff that brings ‘Blow’ to earth, or the woodwind climax of ‘Projection’. Few of them are connected to pre-existing trends: the first non-intro track ‘Calypso’ alone flits between stately cello, frantic polyrhythms, gabbling cut-up vocals and languid chimes.

Richard’s presence on ‘Calypso’ is limited to fragmented phrases – some bright and clear, others treated beyond intelligibility – foreshadowing the range of ways she treats her voice over the course of Blackheart. A cushion of layered voices and gaps of breath used as percussion form the basis of ‘Titans” arrangement. ‘Billie Jean’ – on which Richard obliquely retells the Michael Jackson song from a groupie’s perspective – finds her pitching down her voice until she sounds like a man, setting off her glorious head voice to even better effect. On the hymnal ‘Projection’, a relatively straightforward vocal line is subjected to odd little burrs and clicks. Throughout Blackheart, the way the beats bubble up through the mix and seem to be organic, breathing entities brings Björk to mind – and this vocal approach indicates that Medúlla may be Blackheart‘s closest comparison point.

The Blackheart aesthetic is taken to astonishing heights on the epic ‘Adderall/Sold’, a seven-and-a-half minute epic that purports to comprise two songs but sounds more like seven: a narrative about prescription drugs that’s broken open by a particularly breathtaking acapella moment. “Get thee right, get, get thee right,” intones Richard urgently over a pulsing electro outro: if ‘Adderall/Sold’ is the album’s grandiose centrepiece, what follows is its beating heart. The stillness of ‘Swim Free’, a gentle song of farewell and an oasis of calm that ushers in Blackheart‘s most contemplative stretch, comes as a shock to the senses – and against its heartbeat rhythm and music box melody, Richard’s musings on parting have never hit the emotions harder.

Richard has always had a knack for a home stretch, and has never been afraid to make them corny: think of the sentimental Skylar Grey ballad ‘Coming Home’ that concluded the Diddy Dirty Money opus Last Train To Paris, or the lonely spotlight of Goldenheart’s title track, a curtain call to the strains of Clair de Lune. Here, she first teams up with former Danity Kane comrade Aundrea Fimbres for shameless Sia-style inspirational electro-bombast on ‘Phoenix’, before taking to solo piano once more for the pleading confessional ‘The Deep’. “My heart doesn’t swim in shallow creeks,” sings Richard. It sounds more like the vulnerability of a swan song than boastfulness, but most of all, it feels earned: ‘Phoenix’ and ‘The Deep’ represent solid ground after a journey characterised by instability and uncertainty.

It’s telling, though, that Blackheart actually concludes by returning to that instability for the instrumental title track, all clicking beats and chiming synth patterns. Richard’s solo work had previously been marked by an implacable single-mindedness – yet the arc of her career has been constantly disrupted, and the quality of her art remains significantly undervalued. On Blackheart, she’s returned to the fray of her holy war, but the strategy she employs here is one that places unexpected twists and turns at its heart, and finds the delight in being confounded. And ultimately, this is how Richard has resurrected herself again.