We Are Rockstars! returns to the White Isle for another 16 weeks this summer.

As in previous years, the people behind We Are Rockstars! have assembled a formidable line-up of the UK’s premier electronic talent to bring to Ibiza over the summer season. This year, it’s house duo Gorgon City and chart toppers Sigma heading up the 16-week programme of events, with Hannah Wants bringing things to an end at the closing party.

There will also be exclusive performances from grime crew Boy Better Know and David Rodigan MBE, who will be performing Ram Jam in Ibiza for the first time in September together with Shy FX, Toddla T and Ms Dynamite. Rinse FM will be there for the third year running for a show in June, presenting Skepta, Oneman, Novelist and Sinead Harnett.

As well as all that, BBC 1Xtra’s Mista Jam and Redlight will be there with Example and DJ Wire for a special ’10 Years of Ibiza’ set. DJ EZ will be heading up a Thump takeover in June together with Chris Lorenzo, Preditah and C4. Other artists making the trip include Stormzy, Mella Dee, My Nu Leng and Fono, who will be there for a four-date mini residency.

We Are Rockstars! takes place every Friday night at the Ibiza Rocks Hotel from June 5 to September 18, while the Shelter parties start on May 22 and take place at Sankeys Ibiza on the same day. For more information, check the official W.A.R! website. 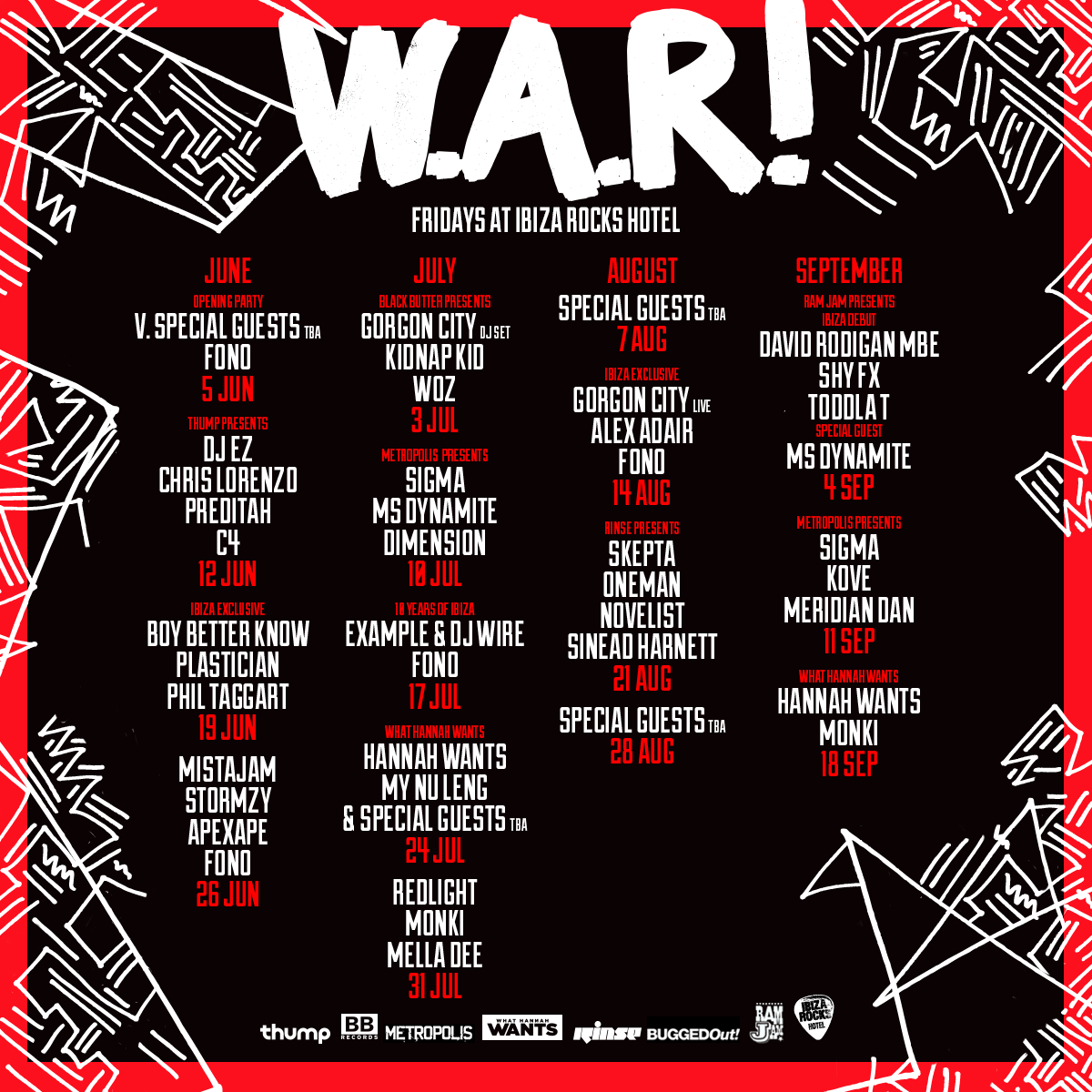