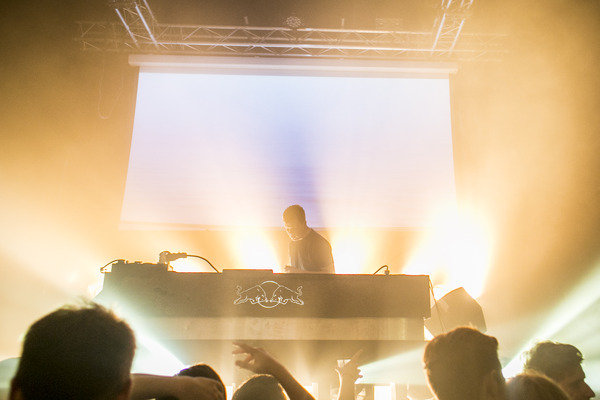 Red Bull Music Academy has hit the road for a four-city UK tour.

Kicking off in Glasgow last night, the tour will hit Bristol, London and Manchester over the coming weeks for a diverse programme of club nights, shows, lectures, workshops, daytime parties and live radio broadcasts.

Local label LuckyMe take over The Glue Factory with Mykki Blanco, and Danny Brown will lecture on how Detroit inspired his music before taking the stage with Jon Phonics, Mumdance and DJ Milktray for an Astral Black night. Dimitri from Paris and Prins Thomas head up From Disco to Disco, and the Numbers crew are also putting on their own one-off immersive, experimental art and music show.

On Easter Weekend the tour hits Bristol with Seth Troxler in conversation before an all-night set at The Love Inn, while Mumdance, Novelist and his crew The Square take over a 17th century manor house and DJ Koze and ItaloJohnson play at the Arnolfini. RBMA Radio studio will also set up in record shop Idle Hands with local crew Krust, Appleblim, Chris Farrell, Felix Dickinson, Troy Gunner, Hodge and Shanti Celeste.

On the weekend of April 8-12 the tour hits London, where highlights include A$AP Rocky in conversation and a Tropical Roller Disco featuring JME, Skepta, Preditah and more grime and garage stars. They also promise a secret rave in tribute to a bygone era, with details kept quiet until the day.

The tour closes in Manchester on April 16-19 with Industrial City Sounds taking over Sankeys for a techno banger with Derrick May, Surgeon, Happa, Acre, Dana Ruh and Tin Man. Mount Kimbie are DJing at the Soup Kitchen, Zed Bias will play alongside local heroes Akkord and Illum Sphere, and Doc Daneeka and Omar-S headline Deep South.

Get all the details of the many, many shows on offer and grab tickets from RBMA.