Mumdance and Logos launch an attack on the cultural desert known as “London summertime”.

The weightless crew have announced their Different Circles Summer Series of seven events running every Sunday through July and August at The Victoria in Dalston.

Acts lending their talents and record collections to the series include Different Circles label affiliates and other favourites from the stranger realms of techno, garage, grime and beyond, including Patten, Fis, Novelist, Powell, Russell Haswell, Shapednoise, Beneath, Raime, Wen, Airhead, The Square, Deadboy and Mr Mitch, plus the label bosses themselves.

Mumdance explains: “I have literally have had about 10 conversations lately about how something needs to happen in London with the sound that Different Circles is highlighting, so we decided to try and create a space. Last Monday I found a venue and on a bit of a whim, went in and booked out all the Sundays that were available over the next two months. As I was walking home I just got on the phone and the series pretty much programmed itself within 24 hours.”

Logos adds: “We feel like historically a lot of memorable nights ran on a Sunday, like Metalheadz at the Blue Note and FWD>>. Sunday parties were also a key incubator of UK garage. We wanted to follow in their footsteps and leave things open for a crowd that really cares about the music.”

The series launches on July 5 with Untold, Mumdance, Novelist and Temple alongside Sadat & Alaa50 from Team Amr Haha, a Mahraganat crew from Egypt who Mumdance worked with last year in Cairo.

Get tickets from RA and find out more on Facebook – you can also get a season pass that gets you into all seven shows for just £20. 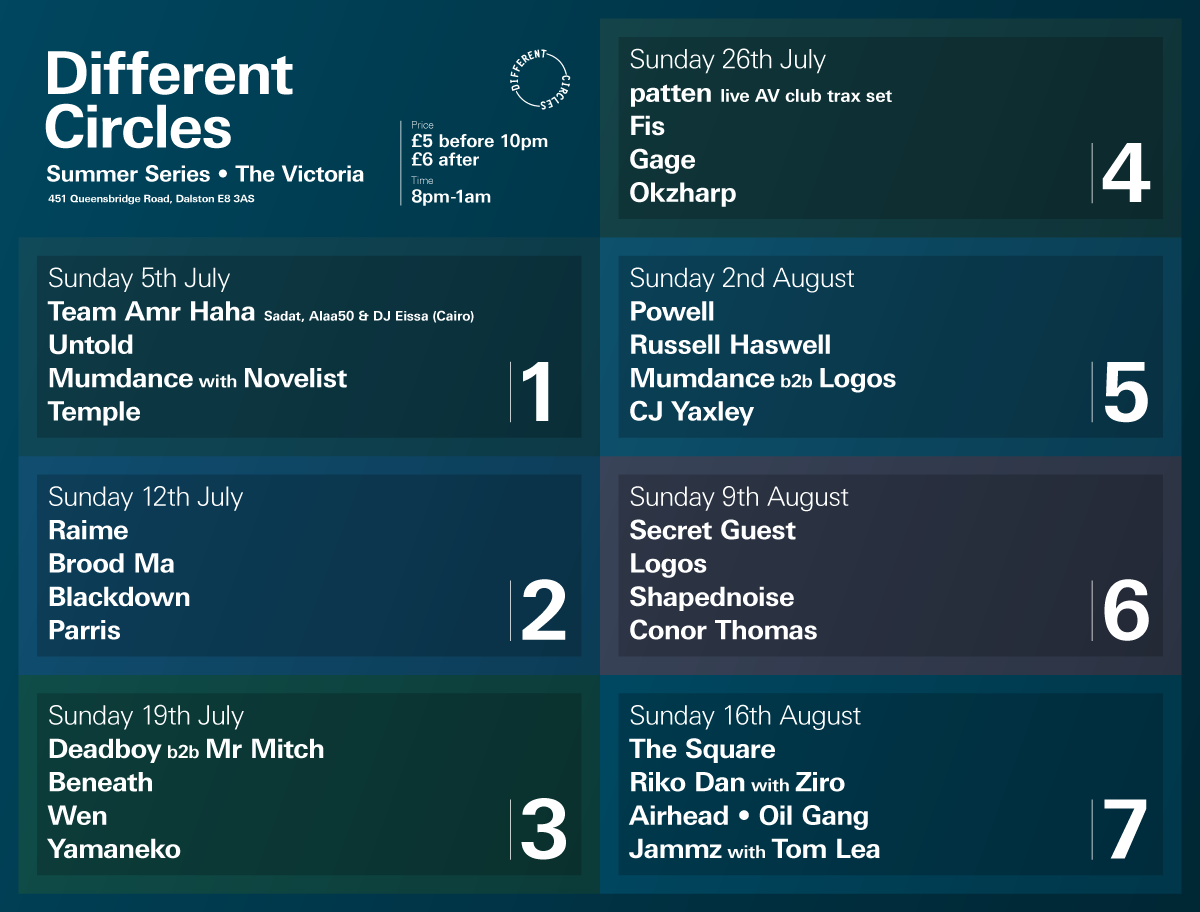