The team behind London’s Found have announced the after party for their new festival.

Artists joining the dots between the US, the UK and the Caribbean at the festival include Dennis Ferrer, Todd Terry, Derrick Carter, The Heatwave and Grant Nelson.

The after party runs from 9pm to 5am – you can get tickets for both events at the 51st State website. 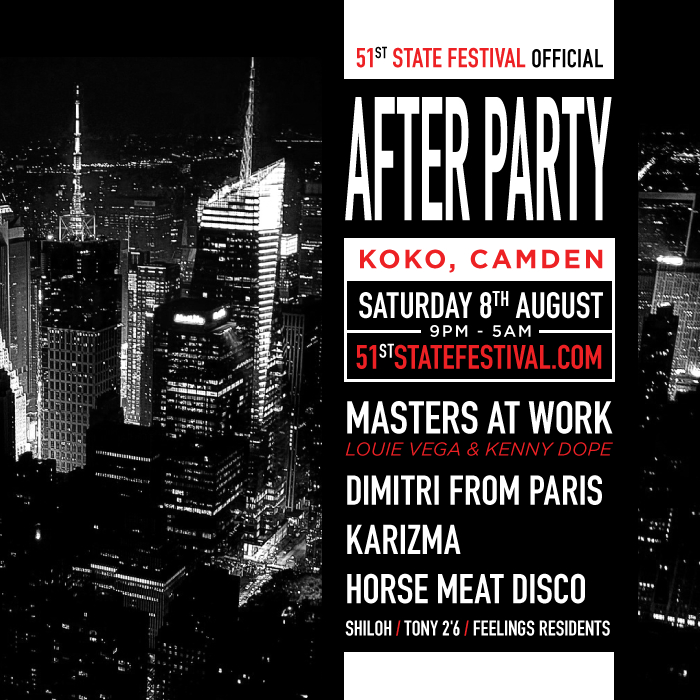