The Ed Banger boss will be joined by Carl Craig, Justice, Rustie and more.

London’s XOYO has unveiled the full line-up for its autumn residency, which will be helmed by Ed Banger boss Busy P.

There will also be appearances from key members of the Ed Banger family, including Justice who will play a B2B set with Busy P, Sebastian and Breakbot, and other French artists including DJ Falcon, Gesaffelstein, Para One and Dimitri From Paris.

The three-month season celebrates Busy P’s 20 years in the dance music business – as well as helming long-running label Ed Banger since 2003, he began his career as Daft Punk’s manager.

The season runs until December 19, and closes with a headline set from Tiga. You can see the full line-up below – tickets are available from the XOYO website. 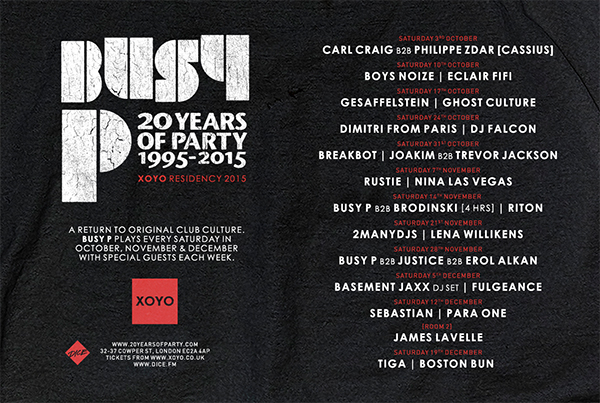