Stargazing DJ and producer Seven Davis Jr has lined up a month-long residency at The Nest in east London.

Following the release of his debut album Universes this summer, the four-part series of the same name will see Seven joined by a constellation of friends and admirers who share something of his soulful take on house and funk.

Launching on November 6 with Funkineven and Sassy J, the residency will include sets from Marcellus Pittman, Josey Rebelle, Andrew Ashong, Reginald Omas Mamode IV, Osunlade and Tasker, while Seven will step up for a live set on November 20.

Seven’s FACT mix was one of the very best sessions of recent years – stream it below and find out more about his strange journey to the dancefloor in our 2014 interview. 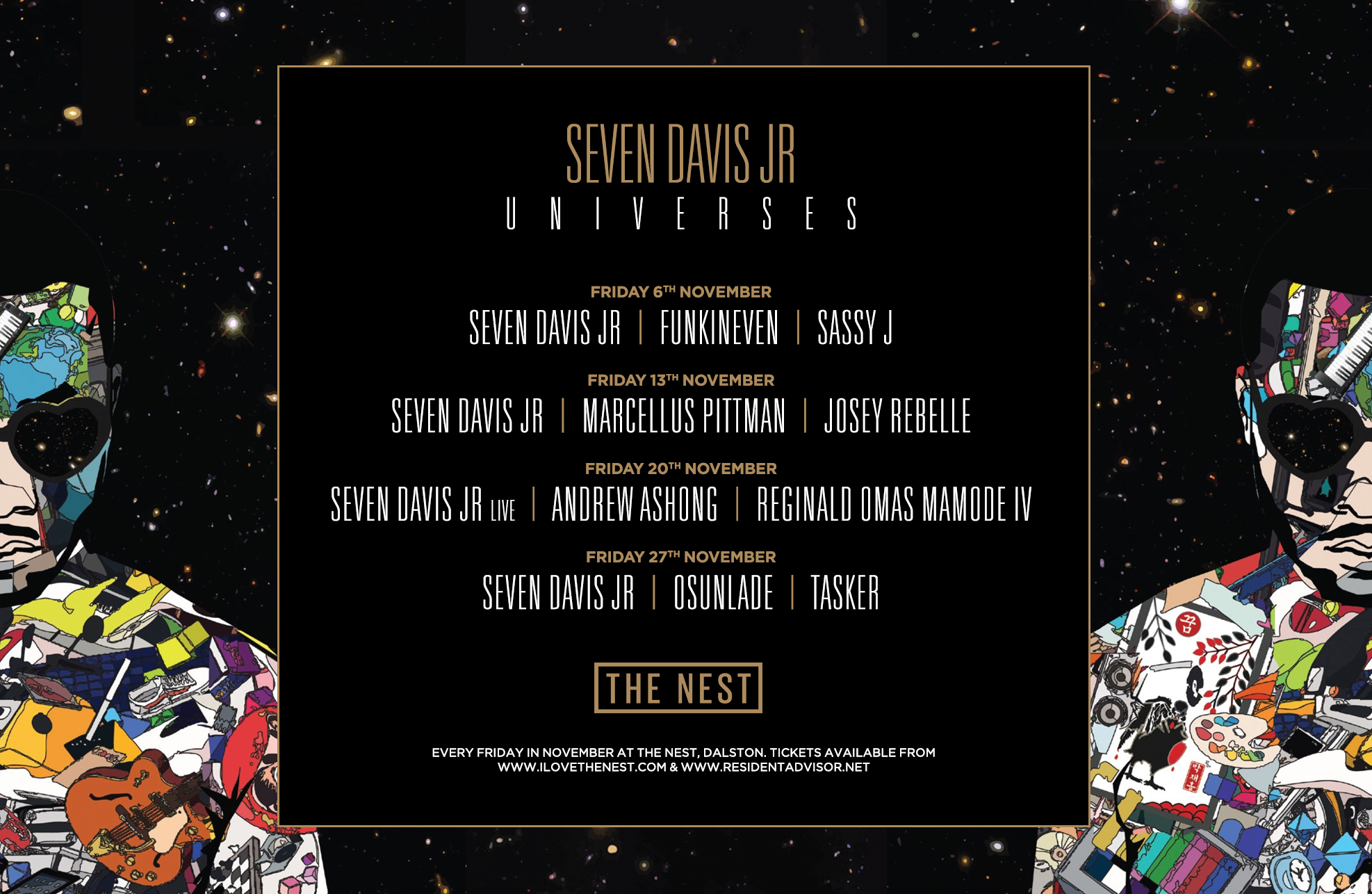