October is here and Notting Hill is already just a memory, but the carnival vibe is set to be resurrected this Christmas by sound system boss Toddla T.

The Radio 1 regular will bring his own take on London’s biggest street party to Camden’s Koko for a Winter Carnival in December featuring a bundle of special guests, including The Heatwave, Wookie, Jus Now, Cadenza, Jamz Supernova, Mad Fingers, Tone N Twerk and The Soca Police.

More acts are set to be announced before the party starts on December 12, with the night running from 9pm to 4am.

Get more information and tickets from Ticketweb and Facebook. 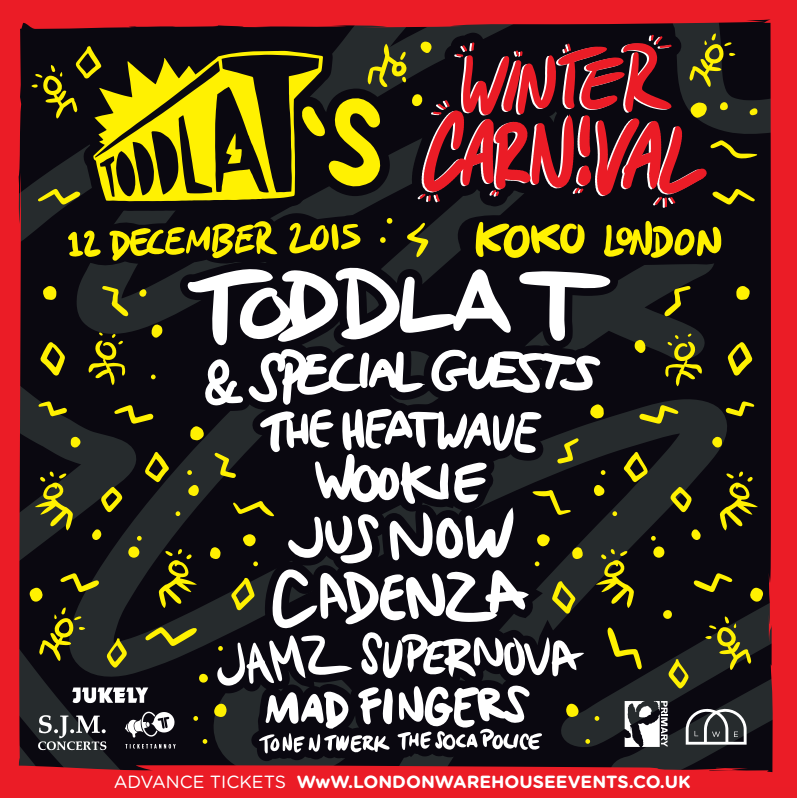