Lovebox is keeping busy through the winter months by bringing some of the world’s best clubs to London, saving you a trip to Europe and carrying out some important international techno diplomacy in one stroke.

Located just across the river from Frankfurt, the intimate Robert Johnson is regularly cited as one of the world’s best clubs, attracting the cream of international DJs to play alongside its strong resident line-up, and putting out great records through its Robert Johnson Live label.

On December 6, founder Ata and resident DJ Benedikt Frey will join Lovebox’s East Meets series with a night at Dalston’s Dance Tunnel, joined by London locals and friends of Lovebox, Bobby Pleasure and Hot Blood. Kicking off at 5pm and running until late, it’ll be Sunday clubbing at its finest.

Find out more on Facebook and grab tickets from RA and Ticketweb.

The next chapter of Lovebox’s East Meets series takes place on January 30 at Oval Space, with renowned Paris nightclub Concrete in charge – stay tuned to find out who’s on the bill. 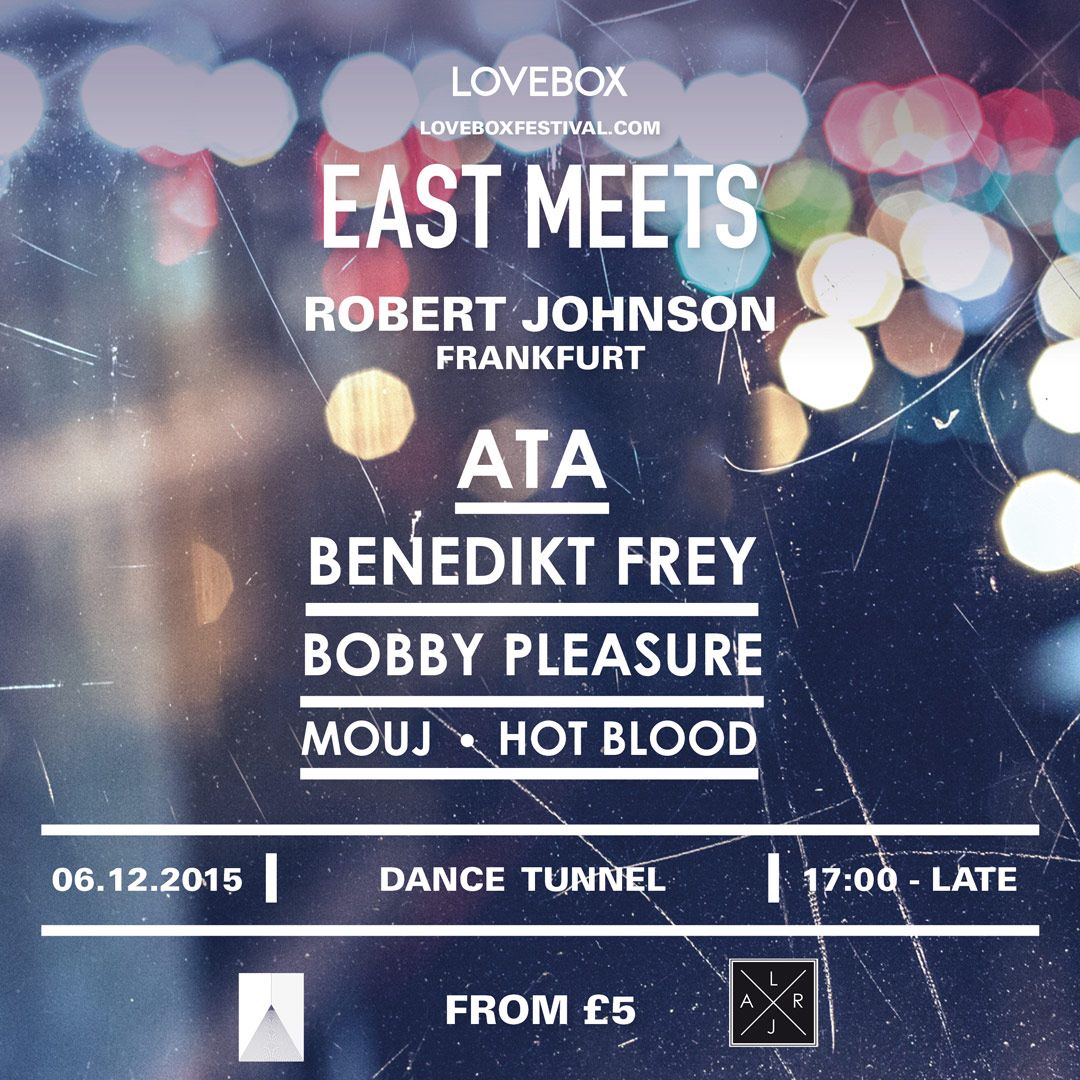