Autechre have always been one of the most polarizing acts in electronic music – even for their biggest fans. As the Warp duo return out of nowhere with the most challenging album in their 29-year career, John Twells makes the case for their steadfast, no-shits-given experimentalism.

Back in 1998, I was flicking through records in Birmingham’s now closed Plastic Factory. The store would affix stickers to releases with a short note that acted as a quick buyers’ guide you could read without disturbing one of the staffers (such as Spencer “Spence” Hickman, now boss of Death Waltz). These notes were indispensable in a time before streaming and iPhones – when I was browsing the space rock section wondering what Quickspace’s self-titled debut album sounded like, it was seeing Stereolab and Too Pure on the sticker meant I didn’t have to worry about parting with £12 in vain. (If it was shit I’d have to trade it back and lose half the value at least – I tried to be frugal wherever possible.)

I pulled out Autechre’s LP5 from the racks, not because I hadn’t heard it, but because I was curious to know what the Plastic Factory made of the record. The gist was this: it’s nice to hear Autechre making proper tunes again rather than a load of old noise. The sticker was referring to the pivot towards complex sound design that had seen Autechre move from the relatively popular, hyper-melodic pulse of 1994’s ‘Flutter’ and that year’s enjoyable Amber to the sprawling, near-industrial glitchscapes of 1996’s Chiastic Slide as the decade dragged on. Since that day, I’ve heard the same sentiment echoed again and again – I’ve even said it myself more than once.

At the time, I laughed it off. I could handle Chiastic Slide just fine and LP5 sounded like a perfect successor, retaining some crunchy rhythmic elements while developing the glassy, digital sounds first heard on 1997’s Cichlisuite. It wasn’t until a few years later that I actually became the grumpy cynic, waiting patiently to hear any trace of melody on 2001’s abrasive Confield. I was 20 years old and already confused and bitter.

Confield wasn’t an easy listen, but more than that it didn’t sound anything like LP5 or the dense, noisy EP7. A year later, much-hyped DVD single ‘Gantz Graf’ was similarly dry and tuneless. To me, it sounded like the lads had finally gargled the Kool Aid, diving headfirst into a pool of digital experimentation better left to the Mego gang out in Austria. I loved a bit of Pita and Florian Hecker, but Autechre could write proper heartbreaking melodies, so why were they teasing us with spectral Max/MSP patches and lurching digital rhythms that sounded like a computer having an epileptic fit? It didn’t make any sense.

I didn’t think of Confield much again until 2004 when a friend put it on the stereo, commenting that it was his favorite of the duo’s records. “Fuck off” was probably my response (I’ve never been big on tact), but after a few minutes, I realized I was listening to a record I’d never really heard before. In the years since its release, it had clicked without me even realizing. I went back to ‘Gantz Graf’ later and discovered the same thing – what sounded only a few years prior like a dull mess of synthesized hiccups and random laptop belches was now a rare glimpse into the future, filled with glistening rhythmic statues and eerie synthetic landscapes. I’d been completely wrong, and it felt great.

In the decade that followed, Autechre traversed a series of peaks and troughs – not everything was as well-realized as Confield and there were just as many missteps as there were Oversteps. But 2013’s ambitious double album Exai felt like a grand statement, reminding us of their beloved ‘90s run without sounding like a dull exercise in nostalgia. Since then, the band have been unusually prolific, displaying a renewed energy in both their live shows – their recent tour was their most satisfying in years – and their releases (they released a whopping nine live albums at the end of last year). They could have easily rested on their laurels for a while – but that’s not in Autechre’s nature. 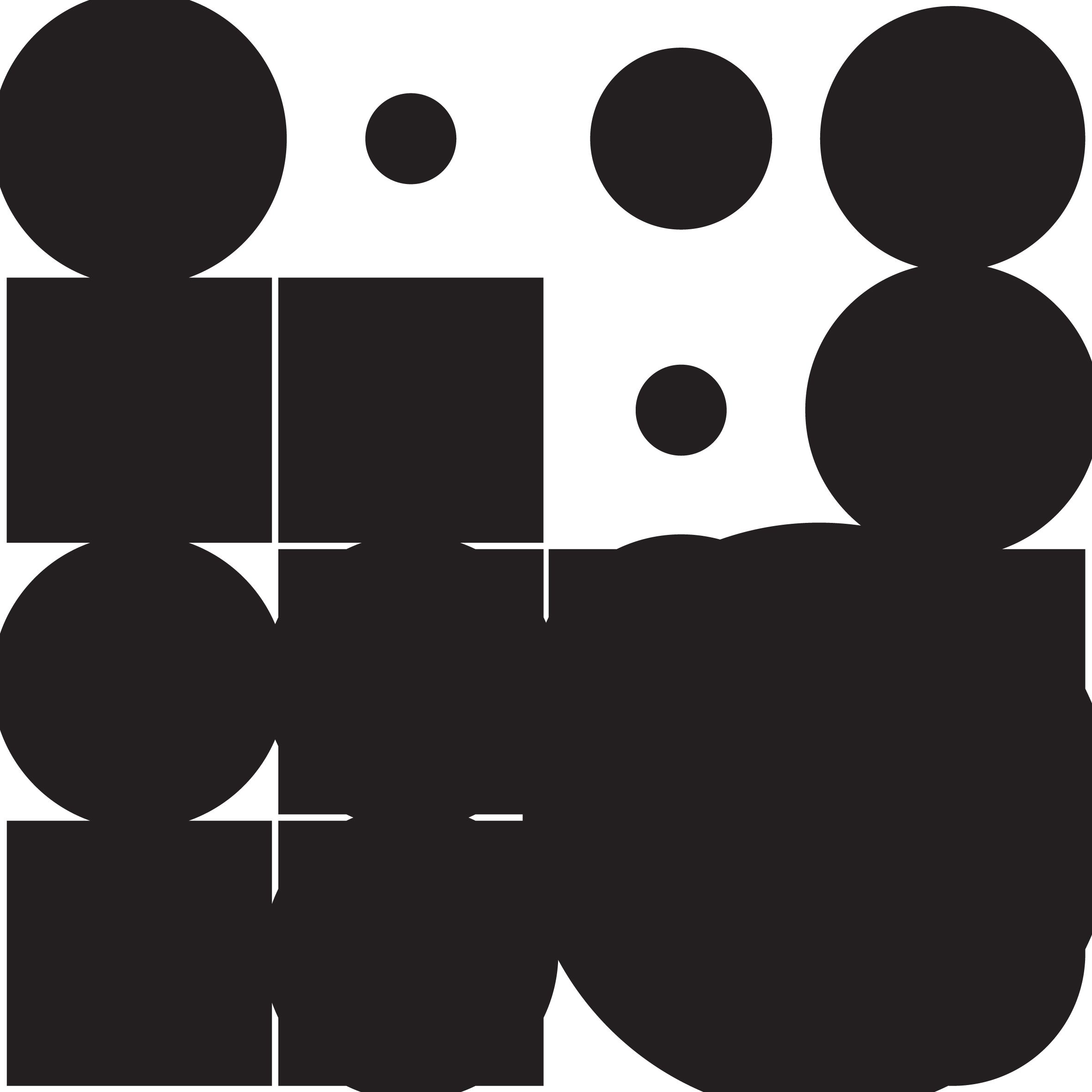 Does the idea of a good four hours of harsh noise and morphing rhythms make you a little uncomfortable?

Instead, elseq 1-5, released on Thursday May 19 without warning, is Sean Booth and Rob Brown’s most ambitious release to date: a thumbs up to hardcore fans and a middle finger to everyone else. It’s presented in five parts and clocks in at just over four hours, a sly smirk to anyone who thought Exai could have been snipped down, and it makes Confield sound like S Club 7. What we’re presented is a delightfully dangerous record packed to the gills with impenetrable electronic experimentation – and if that sounds like something you’re not willing to endure, you might want to wait a few years for it to settle first.

The first barrier to entry is the “single”, ‘feed1’, which debuted on BBC 6 Music a week before the album’s release. That Autechre chose to not only lead their promotional campaign with this track but open the album with it too is almost comical. But if you can get through its 12 minutes of harsh noise blasts and screaming synthetic textures, you can certainly handle the rest of the record. This kind of mischief has characterized Autechre for years – they don’t so much court criticism as they do invite it in, pour it a cup of Yorkshire Tea and offer it some chocolate biscuits. They don’t care what you think, and because of that they remain interesting despite having been around for almost 30 years. Do you know some other bands who formed in 1987? Biohazard, Alice In Chains, Gin Blossoms, Chapterhouse, 3rd Bass, Kid ’n Play – I could go on, but I probably don’t need to. A band’s timeline is more often than not mapped out by innovation, an inevitable plateau and then dissolution, and Autechre’s path is far too rare.

After all this time, that sense of danger is still the key to their success. Does the idea of a good four hours of harsh noise and morphing rhythms make you a little uncomfortable? In a world where genres are dissolving and artists chase streaming payouts by manufacturing watered down, universalist records, to know that Autechre are out there ignoring this supposed good sense is refreshing. James Blake might be content furiously filing the edges off of previously reputable genres to increase his market share, but we shouldn’t worry too much – with elseq 1-5, Booth and Brown have served up a veritable edge buffet that will continue to surprise, disgust and engage listeners for the rest of the year.

If they’d wanted to ease new fans in and offer a proverbial olive branch, it’s not as if they didn’t have the ammunition on hand. The most “listenable” part of elseq 1-5 is the fifth and final segment, which kicks off with ‘Pendulu Casual’, a rare near-dub techno outing that stands as a highlight of the entire album. It retains the steady, skeletal pulse of genre mainstays Deepchord but never succumbs to lighter tendencies. This is dub techno without the dub, or much of the techno – cavernous, sci-fi experimentation that reminds me why I care so much about whatever two aging b-boys from Rochdale decide to put together.

They make us sing for our supper though, toploading three and a half hours of eye-watering experiments before giving us this moment of lightness. For the first time on a “proper” album, Booth and Brown are not restricted to the time limitations of CDs, vinyl or indeed Minidisc, and they show it on tracks like the 24-minute ‘mesh cinereaL’ and the 27-minute ‘elyc6 0nset’ (which sounds not unlike a computer crashing in a distant room).

A few bangers are nestled in among the static, too – ‘acdwn2’ is a pounding collision of mechanical rhythms and atonal wails, and ‘latentcall’ is a head-mangling, skittering monster that fondly recalls simpler times. For the most part, though, elseq 1-5 is dryer than Ashy Larry after a night at the Saltine factory and colder than Ice Cube playing a Wierd Records party in Reykjavik. If you’re looking for ‘VLetrmx21’, you’re going to be disappointed. It’s tough to digest even compared with Autechre’s most challenging moments (æo³ & ³hæ anyone?) but it’s the kind of uncompromising, experimental music that confirms why they deserve their place at the very top of the food chain. Autechre have a handle on abrasive sound design that would bury the majority of your “post-club” poseurs six feet under the digital dirt. There’s no Ableton plugin for this shit: trust me, I’ve been searching for years.