Not long after his landmark album Tha Carter III set a new commercial and critical standard in hip-hop, Lil Wayne decided it was time to pick up some new hobbies.

Since the LP’s release in 2008, the Young Money GOAT has picked up the electric guitar, released a rock album, and launched a clothing line (the first two endeavors marked an epic fail; the third’s earned him ample shelf space at malls worldwide). Among his non-musical endeavors, however, it’s his love of skateboarding that he’s touted the loudest.

With his raps about Vans and busting out tricks, his tendency to brandish a board in music videos, the “Honorary” Gold Medal he received at last year’s X Games, and the skateparks he’s built in New Orleans and his Miami mansion, Wayne has been intruding on the world of extreme sports as a fan and artist – and even as an altruist. “I started skateboarding at 29, not just because I thought it looked cool, but because I wanted to be able to inspire kids to get outside and play,” the rapper said in a recent press release. “Skating is a perfect way for kids today to stay out of trouble and be positive and active.” So stifle your snickers – he’s (mostly) doing it for the kids. 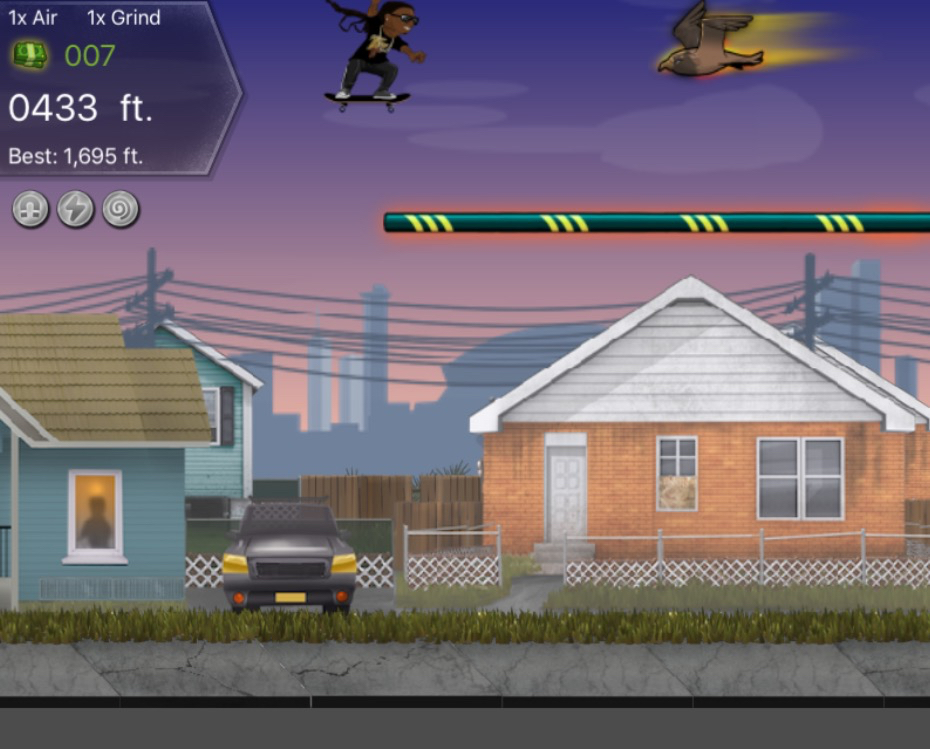 Wayne may have earned the trust of the Thrasher crowd, but that honor withered in comparison to Wayne’s biggest skating achievement last year: he became an unlockable player in Tony Hawk Pro Skater 5, the primary conduit by which most non-skaters (including me) connect with the culture. Now he is a true skater, immortalized in code for future generations. As it turned out, Wayne’s glory as a pro shredder was diminished by the game’s wonky physics engine and unresponsive controls, but the absurdity made the experience all the more enjoyable. Accordingly, I was thrilled when he announced Lil Wayne: Sqvad Up, a free mobile game that dropped last Friday to copious five-star ratings on app stores. But is it worth all that precious, precious data?

Sqvad Up isn’t exactly rocket science. You guide Wayne across New Orleans, collecting money and retrieving sneakers that belong to members of Weezy’s “sqvad”: professional skaters like Tyreek Morrison, Evan Hernandez, and Yosef “YoYo” Ratleff, all of whom can be unlocked once you’ve garnered enough cash. As Wayne zips around the streets of his youth, he can snag power-ups that let him harness the power of the sqvad for maximum speed. For easier access to sneakers and upper rails, Weezy can grab hold of a drone and soar to the top of the screen. But watch out: drone flights provoke the arrival of birds dead-set on causing a wipe-out to match Muse’s cringeworthy drone crash at a London concert earlier this year. (According to one fan, these collisions can send Wayne into an endless tailspin, forcing a rest; alas, I could not replicate such a gravity-defying feat.) 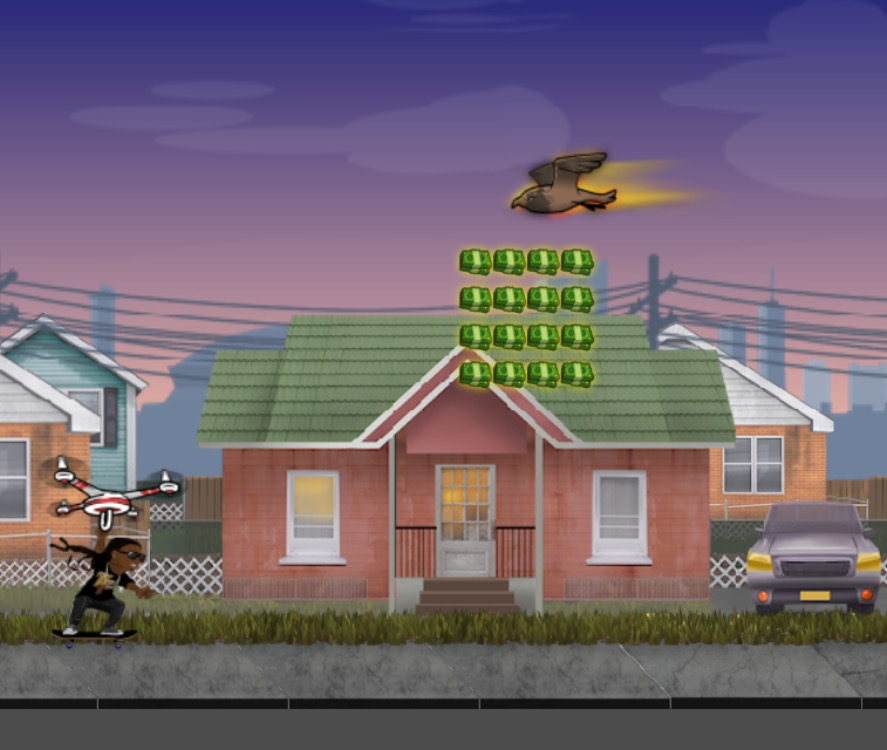 Fancy tricks are an easy way to rack up points, but after an hour or two of endless wipe-outs – invariably accompanied by Weezy laughing at me, “You gonna give up that easy?” – I realized that the sqvad was never [in the cards??], so why should I be getting countless concussions just to get their damn shoes back? Couldn’t Tyreek, Evan and YoYo just suck it up and hit up Zumiez for replacements?

Resigned to a slow (and safe!) creep across the bottom of the screen, interrupted occasionally by commercials and other promotional content, I felt my mind drift to the big questions. Were the game’s avian antagonists a reference to Wayne’s recently ignited feud with one-time mentor Birdman? What was the point of dropping $750 on a pair of striped joggers if they’d be torn apart by angry birds and road rage seconds later? Another damn ad? 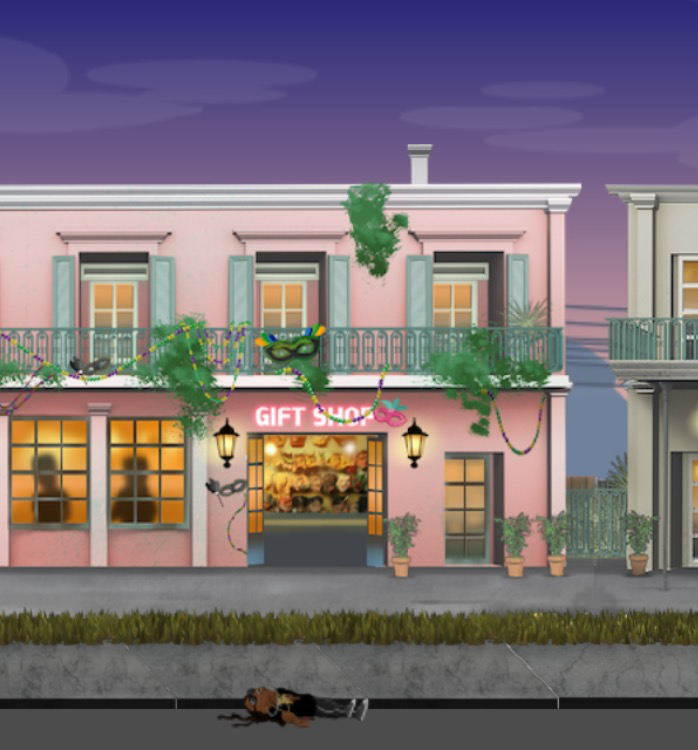 Such queries led nowhere. Unlike Kanye’s long-gestating video game tribute to his late mother, which he’s framed as an artwork in its own right, Sqvad Up is really a digital extension of Wayne’s hobby and the brands it’s spawned. You may take control of the MC, and his face may adorn the game’s icon, but like Wayne’s love of skateboarding in general, the new app is not much more than self-importantly edgy, Thrasher-inspired fluff – except with pink drones and more commercials.

And while the game doesn’t contain any actual rapping, the sleek soundtrack (by New Orleans producer Nesby Phillips, who’s worked with Wiz Khalifa and others) is its best component by far. With any luck, the imminent updates (with stages set Miami and Los Angeles, two of Wayne’s adopted cities) will feature more new music, hopefully accompanied by rapping – and a little less corporate ooze.