What musicians need to know about Apple’s new MacBook Pro

Apple’s new MacBook Pro is lighter, thinner and comes with a fancy new touch strip, but these changes come at the expense of USB ports and other features. Are these changes a nightmare for musicians, or can we live with them? Scott Wilson looks at whether producers should buy the new laptop.

After four long years, Apple has finally unveiled the MacBook Pro update we’ve been waiting for.

It’s lighter, it’s thinner, it comes in TWO colours and it’s removed those obsolete function keys you only use to change the volume for a snazzy new “Touch Bar”. But after Apple showed off the machine’s sleek curves, impressive statistics and new capabilities at the launch event, artists that use the high-end laptop for making music might well have been wondering: is this thing just bad? 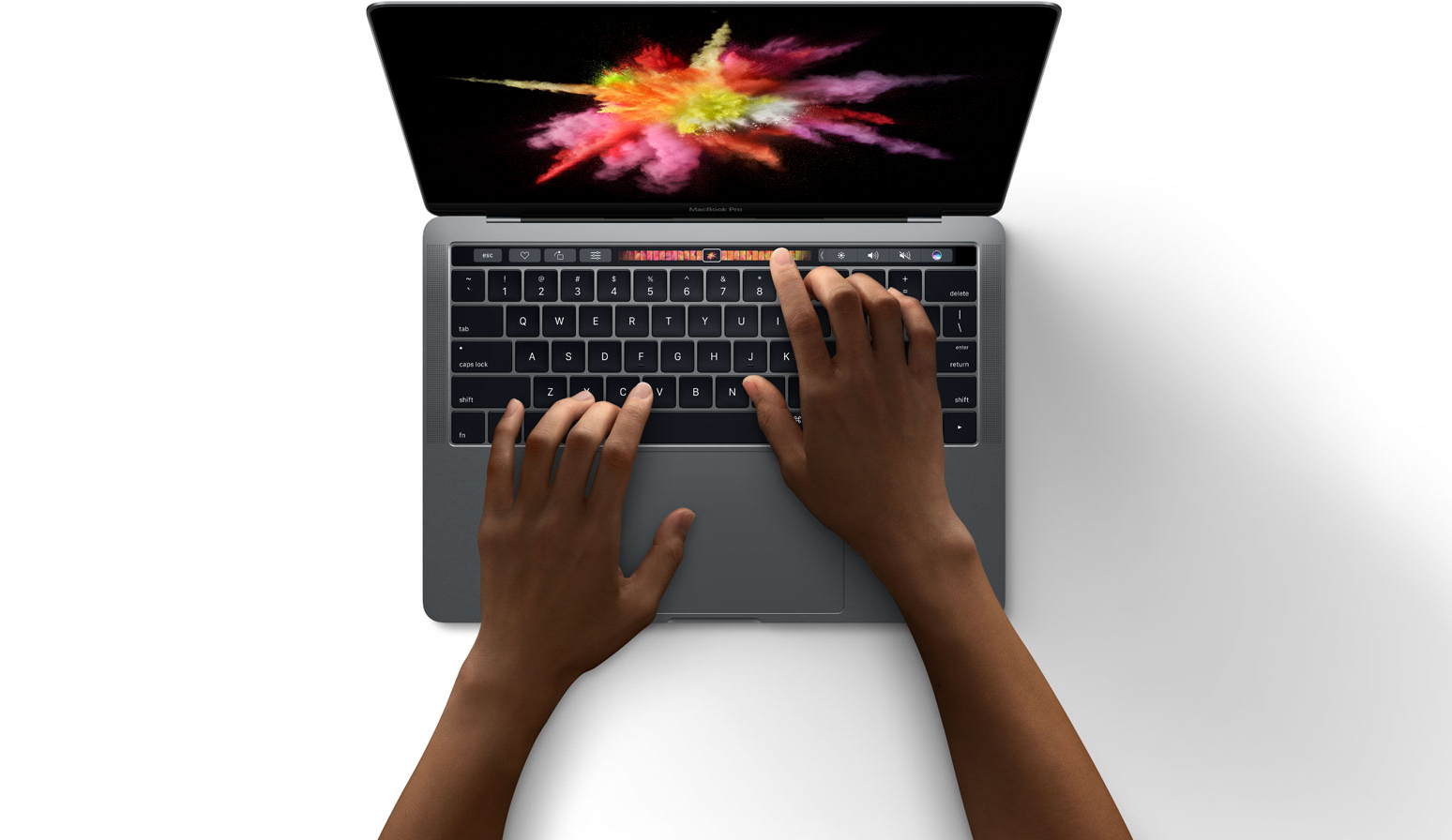 A decade ago, the MacBook Pro felt like the laptop to own if you wanted a machine to make music on the move or use for live performance. It was kitted out with USB ports, Firewire sockets and a MagSafe power connector that meant the cable would be harmlessly jettisoned if you tripped over it, saving your computer from a meeting with the floor. In 2016, these things are all gone.

As with Apple’s decision to remove the headphone jack to make the iPhone smaller, you can only make a device thinner and lighter if you make sacrifices. In the case of the new MacBook Pro, the sacrifice may actually be worth it. Bulky USB ports are gone, and in their place we have four future-ready Thunderbolt sockets and a touch strip that creates new possibilities. As with the iPhone 7, some of the changes are bad, and some are good. But what does it mean for musicians and producers?

Traditional USB ports are gone, but USB-C still works with your old gear

The most audible groan from musicians came when Apple confirmed our worst fears: USB ports are no more. Even if you don’t have a huge studio full of synths or even just a portable sound card, it’s likely you’ll have a controller like the Ableton Push or NI Maschine to make music with. All of these things come with a USB-A to USB-B cable. This will not work with the new MacBook Pro. 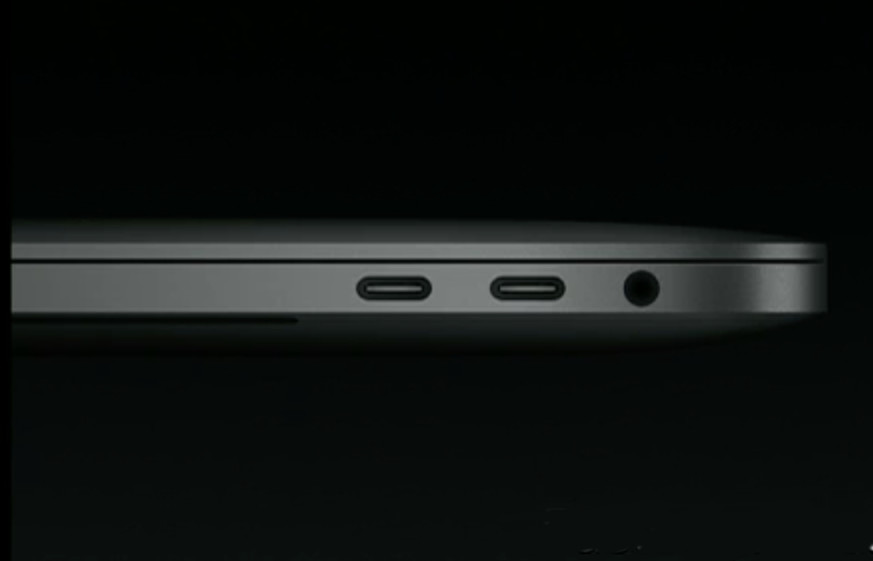 However, just because Apple has removed the USB ports, doesn’t mean you can’t use USB cables with it. In their place are four Thunderbolt 3 ports capable of multiple uses: HDMI, VGA, power and USB to name a few. Thunderbolt 3 ports fit the new USB-C connectors: they’re in last year’s MacBook, and USB-C was used to charge Samsung’s Galaxy Note 7 before they started blowing up. Whether we like it or not, USB-C will take over.

USB-C isn’t a different standard, it’s just a different connector. It means that you can still use your old gear so long as you have either new USB-B to USB-C cables or a USB-C to USB-A hub, which you can plug multiple devices into. Neither option is ideal: hubs always get in the way and buying new cables can be surprisingly expensive, but neither is a deal-breaker. If you’re a DJ that uses USB sticks with CDJs, either use a hub or buy one of the many hybrid sticks on the market.

MagSafe is gone, so be careful on stage

Most of us can live without traditional USB ports. We will adapt. We will not, however, be able to live so easily without MagSafe. Arguably the MacBook Pro’s most useful feature, I’ve lost count of the number of times my laptop has been saved from an early grave thanks to its ability to effortlessly detach itself as soon as your leg makes contact with the cable. Now your power is delivered through any one of the four Thunderbolt ports.

The loss of MagSafe is a particular blow if you use your MacBook Pro to perform live. Setting up a laptop on stage requires a lot of cables. Things get even more complicated if you’re trying to hand over in a short space of time, and the likelihood of your cable getting tugged is even greater. In short, the loss of MagSafe is a potential disaster waiting to happen. You can change a cable at short notice, but a laptop is another thing entirely. 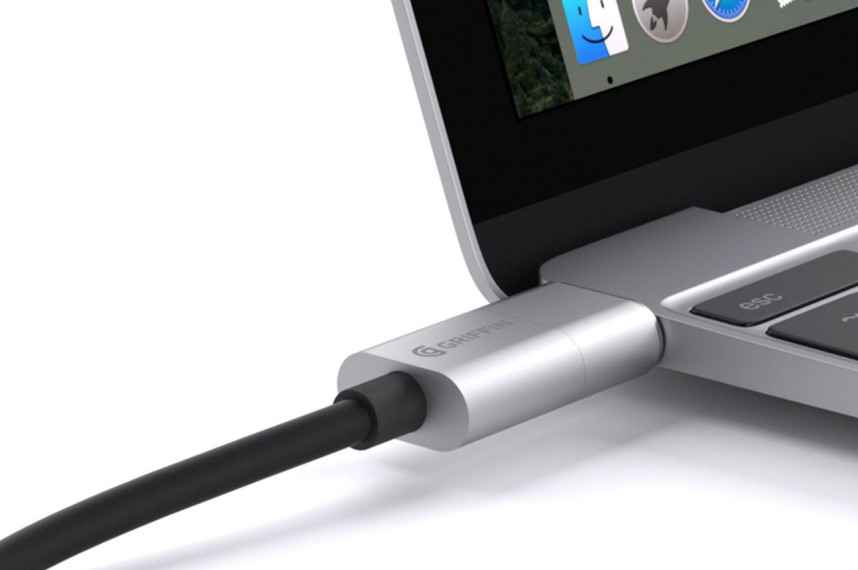 Thankfully, there’s an alternative. The Griffin BreakSafe is a magnetic USB-C charging cable that does much the same thing as MagSafe. It’s not quite as elegant as MagSafe: one half will always be sticking out of your laptop, but at least it won’t get dragged to the ground. At £29.99/$39.99 it’s not cheap, but it’s definitely preferable to buying a new MacBook Pro.

The Touch Pad might have great applications, but we’ll have to wait for them

The biggest change to the new MacBook Pro is Apple’s Touch Pad technology. It’s an OLED multi-touch strip that replaces the old physical function keys, and its context changes depending on what you’re doing at any given moment in time. For example, it lets you quickly scroll though emojis in iMessage, or easily rotate images in the Photos app. It’s difficult to know if it will be any more than a gimmick; a lot of what it does can already be achieved with keyboard shortcuts.

As for musicians, Apple has already showed two apps that make use of it: GarageBand and Algoriddim’s Djay Pro software. It’s unclear how GarageBand will use it, but a two-minute demonstration with Djay Pro saw the Touch Pad used for scrubbing through tracks, setting cue points and controlling effects. DJs will no doubt be horrified, but most pro DJs don’t use Djay Pro. Apple is clearly going for the populist market, and for amateurs or house party use, it might work just fine.

The Touch Pad could have more useful applications for producers, but we’re yet to see them. Having quick, easy access to controls such as play, stop, record and tempo on Ableton Live, for example, would be incredibly useful. Dedicated Touch Pad controls on soft synths such as NI’s Massive would also be fantastic. You can’t always carry bulky controllers when you’re on the move, but the iPad has proved that synths can be easily tweaked with touch controls. Big companies won’t be integrating their software with the new feature straight away, however. If you’re hoping to use it for production shortcuts, it’s best to wait and see what happens first, and more importantly whether it’s satisfying to use.

Is it time to ditch the Mac and switch to a PC?

If none of these things bother you and you’re happy to stick with the MacBook Pro, great. But there are also compelling reasons why you might want to consider switching to a PC. It seems almost incredible to say this after the shambles that was the Windows Phone, but Microsoft’s recent product launch showing off the future of Windows 10 and its Surface line blew Apple’s MacBook Pro event out of the water. Affordable virtual reality, a new Surface Studio PC and Surface Dial controller all feel like new devices rather than slight iterations of what’s come before.

For mobile musicians, the new Surface Pro i7 is definitely worth a look. Its high-end 13-inch model has the same same 6th Gen Core i5 and i7 processors as the new MacBook Pro, and costs the same as the 15-inch version ($2,399) but also comes with traditional USB ports. Microsoft’s offering also comes with a completely detachable touch screen. The amount of touch-enabled music apps might not be as wide as the iPad, but it’s certainly a lot more generous than Apple’s Touch Bar. It’s also worth noting that Bitwig Studio will give you an Ableton-style DAW with touch controls that works with Windows 10. You can’t get anything like that on Mac.

If portability isn’t an issue, then maybe it’s time to build your own PC. The new MacBook Pro models are almost prohibitively expensive for bedroom producers, especially if you live in the UK, where the falling pound seems to have added several hundred pounds onto the value. For under £1000 you can build a more powerful system than the new Pro and have all the USB ports you need. The MacBook Pro has always been a popular choice of studio computer because it’s convenient and powerful enough for the price. Now, the added expense doesn’t seem quite as justifiable, especially when it’s mainly paying for a touch strip we may not even use. It’s as if Apple doesn’t realise how many loyal musicians have been buying its products over the years. If we don’t like what we see, maybe the only way to get Apple to take notice is to vote with our feet.