Anyone that uses a MacBook Pro to make music will need a lot of new cables.

Apple’s decision to keep the headphone jack is in surprising opposition to its recent decision to jettison it from the recent iPhone 7. The company called it a “dinosaur” at the launch last month, and that it was “time to move on” from the technology. 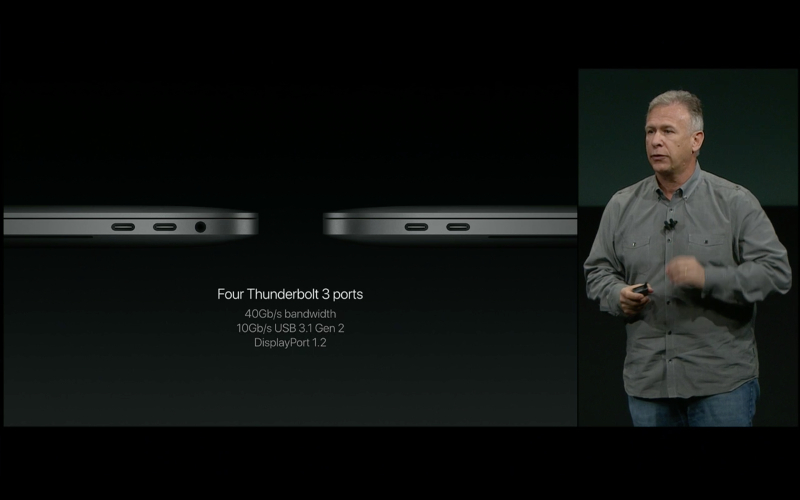 However, the move to Thunderbolt ports is likely to prove unpopular with producers that use the MacBook Pro for making music, especially with external gear. The new Thunderbolt ports can be used for smaller USB-C connectors, but plugging in existing MIDI controllers, synths and drum machines over USB will require the purchase of new USB to USB-C cables, adaptors or a USB hub.

Another casualty of the redesign is Apple’s proprietary MagSafe connector. Power is now supplied to the laptop via any of the Thunderbolt ports, but the loss of MagSafe means the laptop is more likely to plummet from a desk if the cable is tripped over.

One change that might prove more popular is a multi-touch OLED strip, added in place of the old physical function keys. Called the Touch Bar, it has a fingerprint sensor and offers different contextual functions depending on what programs are being used. Apple showed the Touch Bar working with GarageBand as well as apps such as Mail, iMessage and Safari. 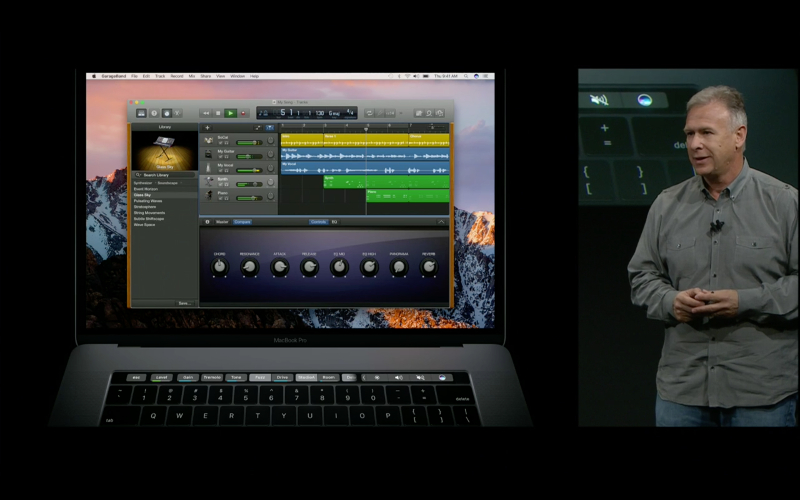 Apple also showed the Touch Bar working with Algoriddim’s Djay Pro software, using the technology to browse through the waveform, add scratch effects and use filters. The multi-touch bar can support up to 10 inputs from a user’s fingers at one time. 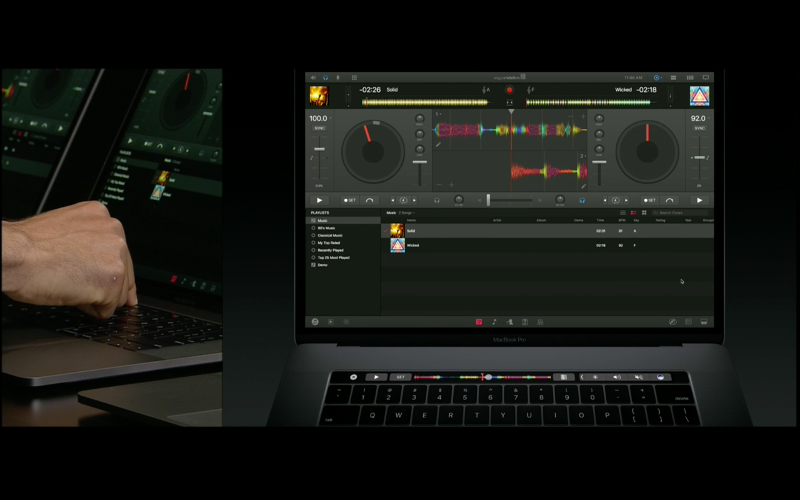 As expected, these changes have resulted in the lightest, thinnest MacBook Pro to date, but it remains to see how producers will react to the new connections. It also remains to be seen if other music software developers will make use of the Touch Bar.

Apple has also appeared to kill off the MacBook Air. Instead of any upgrades to the popular budget option, Apple has created a cheaper ($1,499/£1,449) 13-inch MacBook Pro that doesn’t have the new Touch Bar, and comes with only two Thunderbolt ports.