The palm-sized GO:MIXER will cost just $99.

Roland has announced a compact new audio mixer, which is aimed at smartphone users looking to record multiple instruments as well as video on the go.

The palm-sized GO:MIXER connects digitally to either iOS or Android devices via an included cable, and is capable of receiving audio from five sources: microphone, guitar, stereo keyboard, and inputs for devices such as samplers and drum machines.

Unlike some larger soundcards, the GO:MIXER can be powered direct from the phone it’s connected to. It also includes a “center cancel” function that can be used to reduce the vocal volume of a track playing through the line input, for instant karaoke. 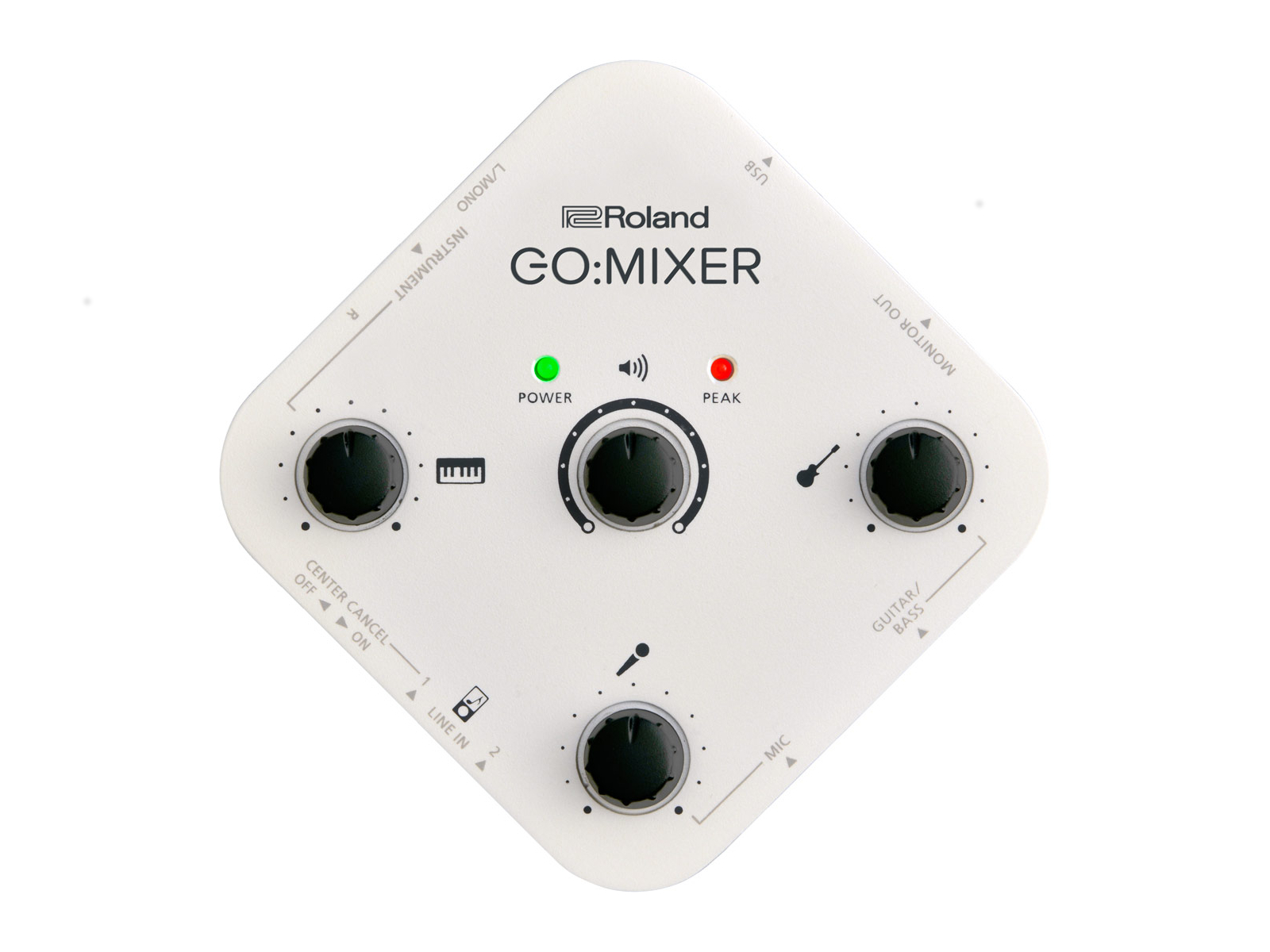 While the GO:MIXER is capable of recording a full band, Roland is also marketing the mixer at producers and vloggers using phones to create cheap and easy video content, and its connections make it an ideal tool for DIY music video directors.

Roland also says it’s suitable for creating review and tutorial videos, allowing anyone to mix narration and bumper music through their phones without needing expensive or bulky equipment. According to Ask.Audio, it will cost just $99.

Roland has also introduced a new line of soundcards, Rubix. They come in three different sizes, and feature MIDI, USB and audio connections, demonstrated in the accompanying promotional video.