Something new from the makers of the Octatrack.

Swedish synth company Elektron have announced at NAAM 2017 a new eight track digital drum machine and sampler called Digitakt. It boasts a compact size to enable both easy at-home programming and use in live performances.

The Digitakt has eight dedicated MIDI tracks and can control your external gear as well as coming equipped with a suite of its own sounds.

It also has a digital and highly flexible sound engine, a live-friendly sequencer and, of course, sampling capabilities. The buttons are back-lit and it has an OLED screen.

Pricing details have not been confirmed, but an Elektron spokesperson says that the price will be around $600 and that they are aiming to release it in April. 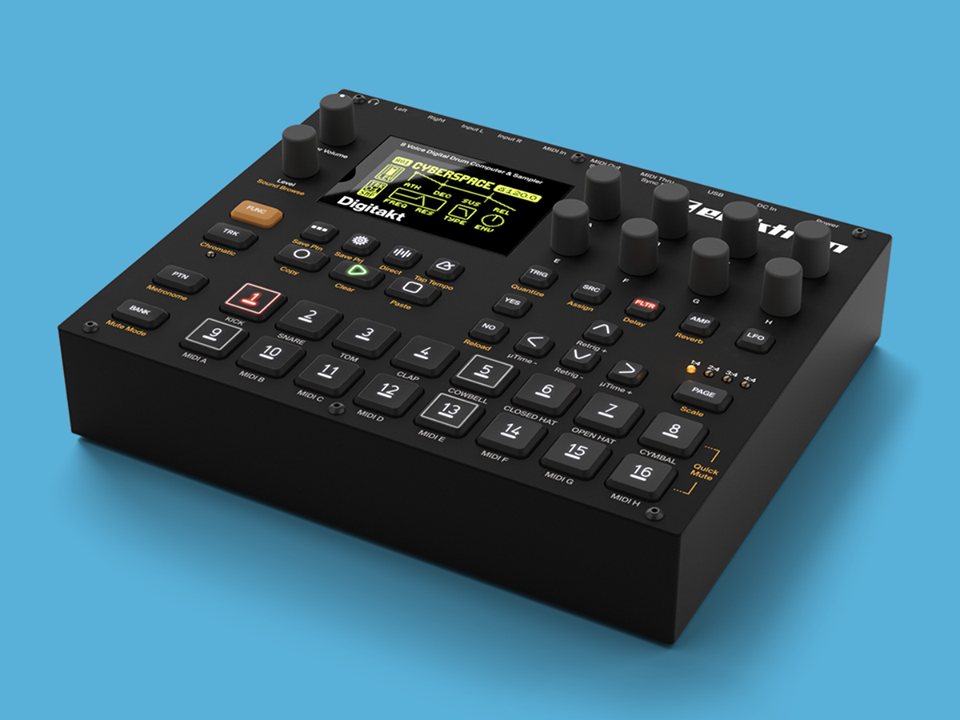