The iTrack One Pre takes all the power it needs from your phone.

Focusrite has released what could be the most convenient audio interface yet for iOS musicians, a tiny cube that can be used to record vocals or guitar without the need for an additional power supply.

While other iOS audio interfaces such as Focusrite’s own Scarlett Solo or Roland’s Duo Capture Ex need to be plugged in via mains or USB to work, the compact iTrack One Pre generates phantom power straight from the iPhone or iPad’s Lightning connector.

Focusrite says that the microphone preamp capable of capturing “crisp and clear recordings” of vocals and acoustic instruments, while the high-headroom guitar input captures sound without clipping or distortion. 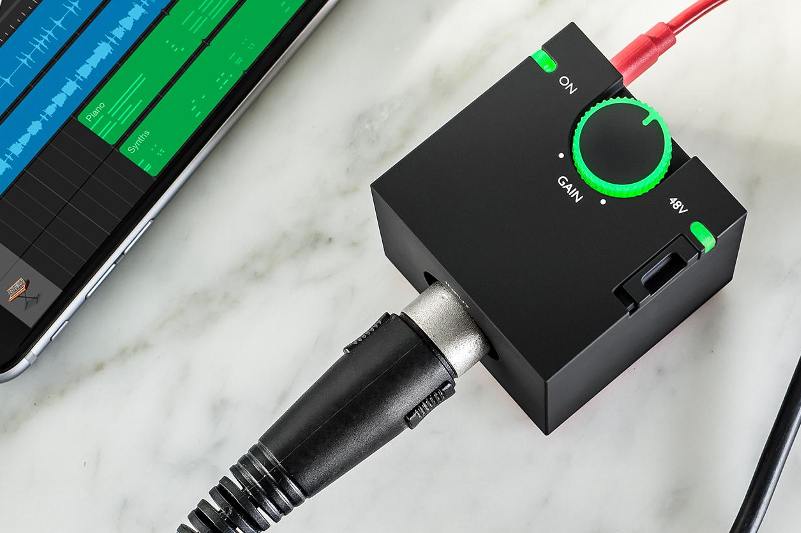 The iTrack One Pre looks perfect for recording direct into apps such as Blocs Wave and GarageBand, but iPhone 7 users might want to look elsewhere – due to the lack of headphone jack you can’t make use of its simultaneous monitoring capability.

The iTrack One Pre is available now for £119.99. Find out more at the Focusrite website.