From DSTRKT’s racist profiling to Berghain’s notoriously “subjective” bouncers, door policies have been a controversial part of club culture for many years. Will Pritchard asks staff at London clubs how they let the right ones in.

“Fuck DSTRKT and fuck all these nightclubs, and fuck giving money to people that don’t like us.” So goes ‘First Things First’, the lead track on Stormzy’s debut album. His direct address to the West End club likely refers to an incident in 2015 that saw a group of girls refused entry at the door, allegedly on account of being “overweight” and “too dark.”

The immediate backlash against DSTRKT saw many people share their own stories of being turned away from clubs, among them artists like Stormzy and Krept & Konan. BBC Radio 1 DJ Dev said he’d even been refused entry to a club when his face was on the flyer for the night.

These incidents are obviously far from isolated, and the purpose served by door policies remains arguable. Then on February 28, just a few days after Stormzy’s album hit the shelves, another controversy shuffled into the queue of accusations against the capital’s glitziest clubs. Mark Ingram Jr., an NFL player with the New Orleans Saints, reported being turned away from Cirque Le Soir along with three of his teammates and two other friends – all of them black – for being “too urban”.

In both cases, the clubs were quick to issue statements restating their door policies and emphasising their dedication to diversity – although Cirque Le Soir shut down its Twitter account when #TooUrban began trending, and DSTRKT’s Facebook apology was deleted after users commented with their own experiences of racism on the door.

But can door policies possibly contribute to creating a diverse and inclusive clubbing environment, or are they inherently discriminatory? And is it really just an issue for clubs like DSTRKT and Cirque Le Soir – nightspots geared mainly towards drinking champagne and showing off – or are underground clubs culpable too?

It’s a delicate line to tread. If you’re trying to establish an open and inclusive atmosphere, it stands to reason that any kind of door policy will curtail that. Dan Hampson, who runs music and events programming at The Yard in Hackney Wick, agrees. “A non-prohibitive door policy – or lack of any policy – allows for the chance that someone who doesn’t know what the party is can come through and be surprised,” he says. The Yard is described by management as “a space to explore new ideas, to nurture new talent and to share new experiences,” and, according to Hampson, doesn’t have a door policy “per se.”

He imagines seeing “business people at a Bala Club, or parents on a night out at a Banana Hill dance. It doesn’t happen that often and it’s pretty idealistic, but you’ve got to believe in people. Everyone should get one chance.”

‘Idealistic’ is the operative word here – venues aspire to create their own little utopias, and door policies could also be used to try and create that ideal world. Berghain’s door policy is arguably the most famous thing about the Berlin techno mecca. Its notoriously hard-to-impress doormen are the stuff of legend; one web developer has even built a site that simulates the experience of trying to get past them. 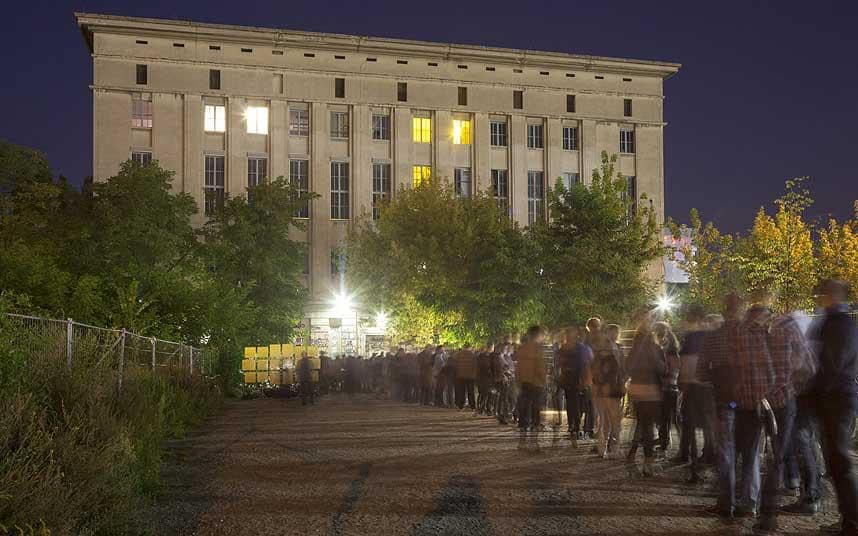 “Door policies should ensure the safety of the club and its patrons, not reinforce some form of social engineering”Joel Evans, Visions Video Bar

Hampson points to Berghain as an example of underground club culture and strict door policies coalescing successfully. “[Would] Berghain be as liberating, free and exciting as it is without what seems to be on first glance a draconian, random and often unfair door policy? Probably not. Does that make it OK? It doesn’t make it any easier when you get turned away.”

In a 2015 interview with GQ, Sven Marquadt, who runs security at Berghain, described the club’s door policy as“subjective” and having “no set rules”. “Only a few of my guys are allowed to select guests at the door. They have to understand what Berghain is all about first, and I try to give them that foundation,” he says. The door policy is aimed at creating the right atmosphere inside the club, and while it’s infuriating for anyone who gets turned away, you rarely hear complaints from those who’ve made it inside.

But there’s a discrepancy between clubs’ public statements and what actually happens at the door. While Marquadt is open about – and apparently revels in – his tight control of Berghain’s door, other clubs’ attempts at transparency fall flat. Mahiki is another celeb-spotters’ favorite in central London, fitting into the same upmarket clubbing bracket as DSTRKT and Cirque. The club says on its website that it has “an open door policy”, but a former promoter, speaking anonymously, said that although she “didn’t know of a door policy, it was very evident that the door staff are told that they have to let a certain type of person into the club.”

Prospective patrons “must be on brand,” meaning “they wanted models and people who worked for Abercrombie & Fitch,” she said. “If you didn’t fit that criteria – good looking and fashionable – it would be difficult for you to get into a club like Mahiki.”

Door policies “absolutely hinder diversity in clubs” and door staff can get “carried away [and] play on the power they have,” she added, saying that she could never guarantee anyone entry to the club because “based on what they look like to the door staff, they may not get in” once they’re in the queue.  The excuses they give for refusing entry “can be really insulting,” she added.

Joel Evans works at Visions Video Bar in Dalston. “Door policies should be in place to ensure the safety of the club and its patrons, not to reinforce some form of social engineering,” he says. Visions is typical east London basement club, a far cry from the mirrored walls and sparkler-laden £2000 bottles you might find in a West End club. Yet in recent years, the venue has adopted a strict door policy of its own.

“Our entry is based on guestlist application,” Evan explains of the process, which is conducted via Facebook’s messaging service. “So once that has been accepted and attendees arrive, it’s simply a case of IDing and searching them before payment and entry.”

It’s an ambiguous process, however. By submitting a guestlist request via Facebook, clubbers are forced to share some of their personal information, including photos, with the club, with no guarantee of how it will be used to process their “application”.

DSTRKT, Berghain, Visions and Mahiki all appear to be using their policy to shape the makeup of their crowd. But venues can also argue that their strict door policies are an issue of safety and security, as they owe a legal duty of care to their patrons.

The Yard will occasionally turn away “overly large groups of guys,” says Hampson, claiming that these groups are more often involved in violent incidents. The Mahiki promoter agreed that large groups of men are deemed “rowdy and a liability when drunk [and] more likely to fight.” Visions’ door policy, meanwhile, states that “boys on their own will not get in,” while their advance application process could ensure that previous troublemakers will not be able to return.

No one can argue with wanting to keep clubbers safe, but perhaps the answer is to let door staff focus on security while promoters work to shape the crowd in other ways. “Helping to foster a diverse and inclusive environment should be every club booker’s first goal,” says Hampson. “You can work on this in ways that aren’t door policies.” His approach includes drawing on a diverse roster of promoters as well as ensuring his security and staff are upholding the club’s ideals. Crucially, it’s about “booking parties that are very weird and will put off crap people.”

There’s an obvious idealism at work here – clearly, once a club gains a certain level of popularity it will attract a bigger crowd and unwitting passers-by regardless of its programming. “Wait ‘til we get as popular as Berghain and I start standing on the door like Sven,” jokes Hampson. But until clubs at every level decide to deal seriously with the grey area around their door policies, discrimination will remain endemic in our nightlife.

DSTRKT did not respond to a request for comment for this story.

Read next: Fabric’s closure cast a shadow across 2016. But there’s life beyond the superclub