This week, Charli XCX returns with a pulse-quickening new pop stomper from her Number 1 Angel mixtape, Freddie Gibbs issues his first new music since being cleared of sexual assault charges in Austria, and Nicki Minaj finally claps back at Remy Ma after a pair of brutal diss tracks aimed at the star.

There’s also the long-awaited return of Forest Swords plus something new and mysterious from a well-known Ninja Tune artist now operating under the pseudonym ZENO’S PARADOX. So let’s dig in, shall we?

Haley Potiker: At the end of the video for ‘Crushed Glass’, Freddie Gibbs wakes up in prison cell. In the song itself, Gibbs explains that image: “Round the world jail system like a slave trade / Got me in this foreign prison, monkey in a cage / Bail paid, locked me up for an extra 30 days.” Last June, Gibbs was arrested in France where he was held for weeks before being released on bail. In August, he was extradited to Austria, where he was charged with sexual assault, and finally acquitted at the end of September, at which point he was able to return to the United States (and to his newborn daughter). ‘Crushed Glass’ is a heartbreaking song, but when isn’t Gibbs’ music heart-wrenching in some way or another? (8)

Tayyab Amin: Freddie Gibbs has got flows for days and beats like this were made for people already in dark places. Here, the intersection of issues he faces and concerns he holds as a person in his position feels bleak and overwhelming. Survival is posited as sobering rather than celebratory, but the most fascinating thing is Gibbs’ unwavering conviction in his own victory. That conviction in his narrative is what hooks you onto every word. (7)

Chal Ravens: So, Freddie Gibbs was one of my favorite rappers and then he was accused of rape, which naturally changes your perception of a man. He was acquitted, so okay, let’s try to carry on from where we were. But a sense of something lingers on, doesn’t it? My fandom feels tainted. This hook feels kinda dated and Gibbs obviously has so much going through his head he can’t take a breath to break it down. It’s raw: “I just beat a rape case, groupie bitch I never fucked.” The cameos from his wife and daughter bring it home (“Erica visit, can’t wipe her tears from behind the glass”) but it’s leaving me feeling weird. On a “purely musical” level (lol) I guess it’s a 6? (6)

Daniel Montesinos-Donaghy: In which Gangsta Gibbs leaves prison in Europe to the trauma of the US’ current political route and his own head. As always, it’s the technically perfect rap you’d expect of him: a tumbling of sharp, syncopated words over solid beats, an unpretentious formula that’s done him well. (7) 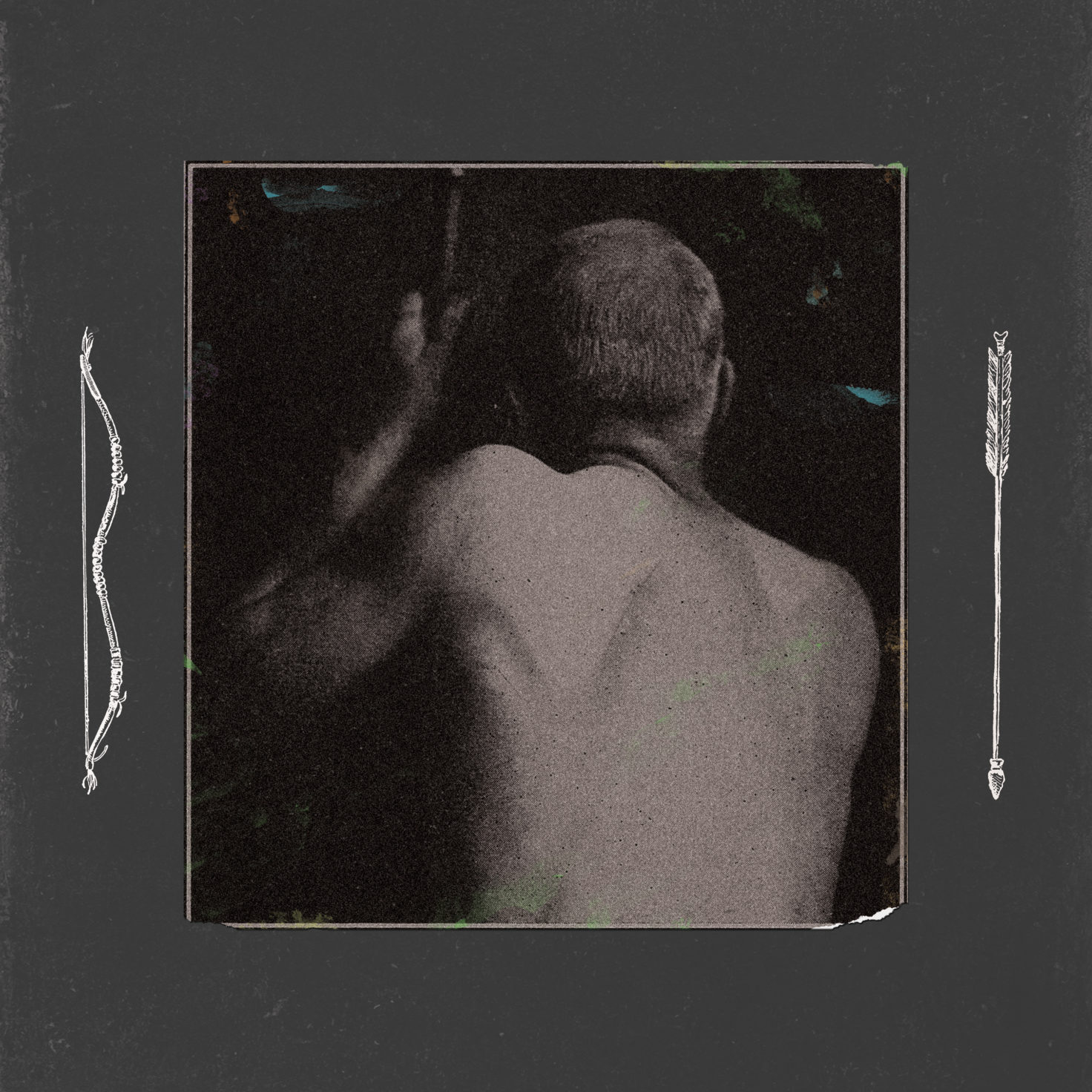 Haley Potiker: This song sounds like it was recorded by a choral group, but actually it was made by a British guy with a computer, which is kind of an existential letdown – but an impressive reflection on the British dude with the computer. (7)

Chal Ravens: Stodgier than it thinks it is, this grid-like stomper does do one mildly interesting thing by turning garage-style chopped vocals into a moody-ass choir. The rest of it does not excite me, but it’s far from offensive. Might sound better as the soundtrack to a low-budget sci-fi movie. (4)

Tayyab Amin: This is the sound of those racing thoughts and sharp inhalations spurring you on after a breakthrough. Forest Swords’ career has been a trajectory of refinement, his music an experiment with momentum. Once again the focus here is on rhythmic drive, each shift through the track’s phases a seismic one. The downside is an unconvincing climactic melody, but this pulls through as a triumph in the end. I’m so ready for another spring/summer soundtracked by Forest Swords. (8)

Daniel Montesinos-Donaghy: An effective daze through distorted squeaks and crisp techno riffs, all rendered in that impressive yet vaguely anodyne manner that’ll remind many of this strain of thinky post-club music. (5)

Haley Potiker: ‘Thoughts’ gets into a nice groove, but it doesn’t do much else. It’s also the single for an EP called Shattered in a Thousand Pieces which makes me think of A Million Little Pieces, and the blurry line between memoir and fiction, and about James Frey getting kicked out of Oprah’s book club, and reminds me that I would listen to an EP about getting kicked out of Oprah’s book club. (6)

Daniel Montesinos-Donaghy: Reverberated judders, rubbery accents, vocal hypnosis, just off-chimes: a casually applied combination of asymmetric smooth house, consistently on the precipice of chaos, but riding a wave of tension all the way through. (8)

Chal Ravens: I hesitate to give this a really good mark because it’s just a fuzzy house track and technically we have enough of them but ooooh, it’s given me a little buzz so it has. Apparently this lad is Italian and he’s mates with Herva, but that is about the most irrelevant biographical detail the label could have offered, so little does ‘Thoughts’ recall the Planet Mu artist’s tricksy IDM-influenced business. This is big-hearted, mandy-coated stuff for your living room disco or (eventually) summer rave, although it doesn’t really go anywhere and I’m going to have to dock a point for that acid line, which seems way off tbh. Fuck it, probably works on massive speakers. (7)

Tayyab Amin: The refrain chants “all night”, but this has to be an anthem for the one-day festivals laying on the horizon. It’s a really pleasant, warm tune to cosy up to however I can’t help but feel as if it’s just Moodymann with a little polish here and a little streamlining there. Pretty but a little shallow for me. (5) 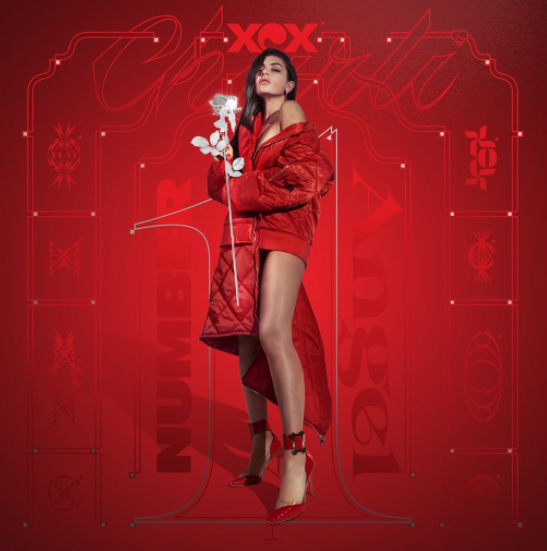 Tayyab Amin: Still can’t pin down what Charli XCX’s *thing* is beyond barking over pretty much anything. This is catchy, though everything good about it already happened in Rihanna’s Anti. Including the rough croaking. And the beat only bangs ‘cause Disclosure’s stuff with AlunaGeorge did! (Sincerely, queen of being in denial.) (5)

Chal Ravens: I find it hard to gauge how popular Charli XCX actually is – shouldn’t she be proper massive by now? Spotify says this tune has had half a million plays, which I think is about the equivalent of Ed Sheeran’s big toe, and yet this to me feels like A Major Chart Hit: it’s big, it’s catchy, it’s frothy, it’s faintly ridiculous, all the things it needs. Perhaps the chorus isn’t quite as gluey as it thinks it is, but for me this is another A. G. Cook banger (also produced with PC Music’s easyFun) that for some reason is not being universally adored. HELLO UNIVERSE??? THIS IS GOOD POP??? (7)

Daniel Montesinos-Donaghy: Last week’s Number 1 Angel is a crisp, effective gathering of material from an artist exploring her different goals in pop music, which makes it less solid than last year’s hyper-focused Vroom Vroom EP. This is one of the more obvious potential hits, a glitzy featherweight piece of anti-romance hooks building up to MØ’s intriguingly jazzy guest spots. (7) 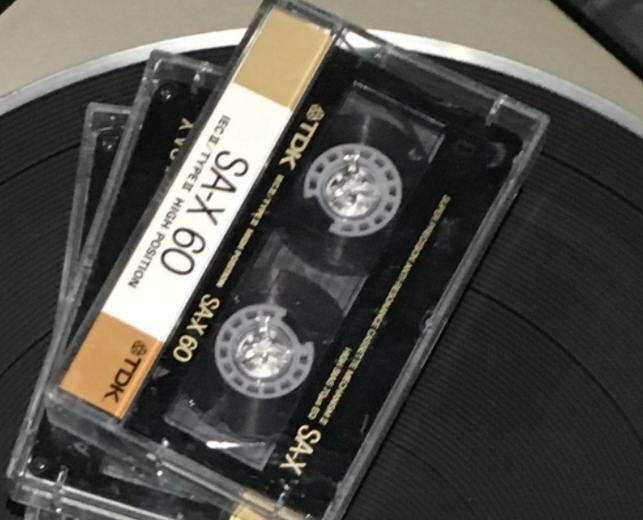 Haley Potiker: It sounds like you’re in a video game, and then you just keep levelling up for four solid minutes, and also that you might be on ketamine. (6)

Tayyab Amin: I’m in love with this, regardless of whoever it’s by! It’s so high up in the clouds and so giddy about being there. It’s making me feel all kinds of new sensations I never thought I’d feel, such as wanting to speed-run Fez. How can industrial clattering sound so posi? How can the lead melody become such a dazzling magic carpet ride without ever sounding overly noodly? How can the chords sound so lo-fi yet otherworldly? Zeno’s paradoxes, baby. (10)

Daniel Montesinos-Donaghy: When this pinball Casio scrimmage speeds up, I genuinely thought I only had a minute to go before the time ran out on a Mario game. Alas, this cassette-bound mysticism speeds up, an anxious finale to a cute weirdo experiment. (6)

Chal Ravens: OH, WHO COULD THIS BE? Mulchy, dismantled house with a smattering of bleepage and symphonic strings? Thinking, thinking… okay, let’s *assume* that this is one Darren Cunningham and we can start getting pretty excited that Actress is back on his early wave, going back to the off-kilter dance of his early material but with a messed up energy that’s totally addictive. And if it’s an imitator? Fair play, it’s exceptional. (8) 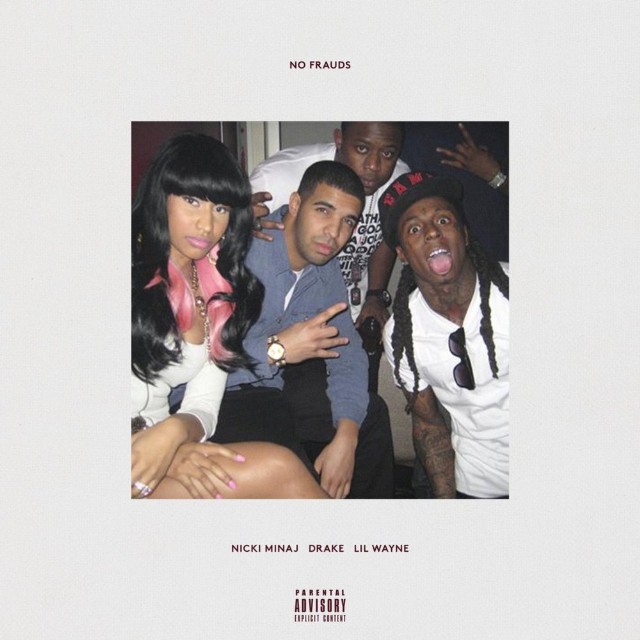 Haley Potiker: Nicki Minaj fans are making one sheets to help each other manipulate the song’s streaming numbers, which is more or less all you need to know. (4)

Tayyab Amin: She… She replied? She dropped THREE tunes? With Drizzy and Weezy features? Congratulations Nicki, you played yourself. Remy Ma’s goading somehow worked and by the time Nicki Minaj replied it felt like the beef was being resurrected. And this one’s as lifeless as the undead; overplanned, overcooked and overly-Drake after the Meek fiasco. Truly doing the most for no reason and to no avail, she even dropped self-censored lyric videos. (1)

Chal Ravens: So what’s happened here is I’ve started the series in the middle and I don’t really understand the exposition that’s brought us to this point – diss tracks, Instagram shade, women vs other women, something like that? Whatever, I like this enough – solid beat with an appealing pitch-wobble, Nicki sounding mean, star power in the guest verses. Can we put this to bed now? (6)

Daniel Montesinos-Donaghy: I used to get excited by these three, y’know. (4)