Features I by Daniel Montesinos-Donaghy I 09.05.17

The Alien franchise launched in 1979 with Ridley Scott’s tense original, likened to a “haunted house movie in space.” Since then, it’s swung from action epic Aliens to the nu-metal monster mash of Aliens vs Predator and Prometheus’ contemplation on the origin of man, losing the spark that influenced generations of fans (and musicians) along the way. Alien: Covenant returns the franchise to its horror roots, but does it return the quality? Daniel Montesinos-Donaghy reviews.

It’s fair to say that Ridley Scott’s return to the Alien franchise with 2012’s Prometheus proved divisive. Alien: Covenant, his second movie in a planned series of prequels, promises a return to the roots of the series, telling the tale of a 15-strong crew leading a ship of cryogenically-frozen colonizers to an unexplored planet. On the way, a mysterious beacon reaches the crew, prompting the curiosity of the captain (Billy Crudup, always welcome) and the reluctant glares of his second-in-command (Katherine Waterston, fresh off trying to make Fantastic Beasts work). You know where this is going: aliens, man. And then there was one. All that good stuff.

Even after the muted response that met Prometheus, the prospect of Scott directing a proper Alien film 38 years later is still enticing. Scott’s original is the gold standard for the franchise, massively influential on both the sci-fi genre and culture as a whole. The score and eerie, chilling sound design across the series has influenced many artists, including Burial, whose favorite sound in the world is the motion tracker from Aliens, and composer Stephan Mathieu, whose After Nostromo is a soundtrack to each of the original crew members’ dreams in the moments before they emerge from hypersleep.

Don’t expect the same level of devotion from Scott’s latest entry into the Alien mythos, however. Sonically, it is a film that has moved far away from the creaking sound design and haunting, occasionally gorgeous score. For the most part, Macbeth and Snowtown composer Jed Kurzel could have been an interesting choice after Prometheus and Metal Gear Solid 2 composer Harry Gregson-Williams exited the project, but his effort is a standard creepy blockbuster strings-heavy score.

Burial can no doubt find traces of mystery in the Alien: Covenant score if he so wishes, but both the score and the film are more concerned with echoing the past than finding new terrain in a muddled plot that seeks to solve a riddle that doesn’t really need unravelling – what exactly are Giger’s beasts and where did they come from?

The film offers a diluted dose of the philosophical chin-stroking that bogged down Prometheus, but otherwise sees Scott tick off classic franchise essentials that made his first entry in the series so successful. But where he was once tactile with the way Alien built around itself, presented as a blue-collar operation of the future gone horribly wrong, this entry in the series is passing time until it gets to the H.R. Giger beasties. It’s intriguing to watch a filmmaker direct talented actors performing archetypes he helped make, but not particularly captivating. 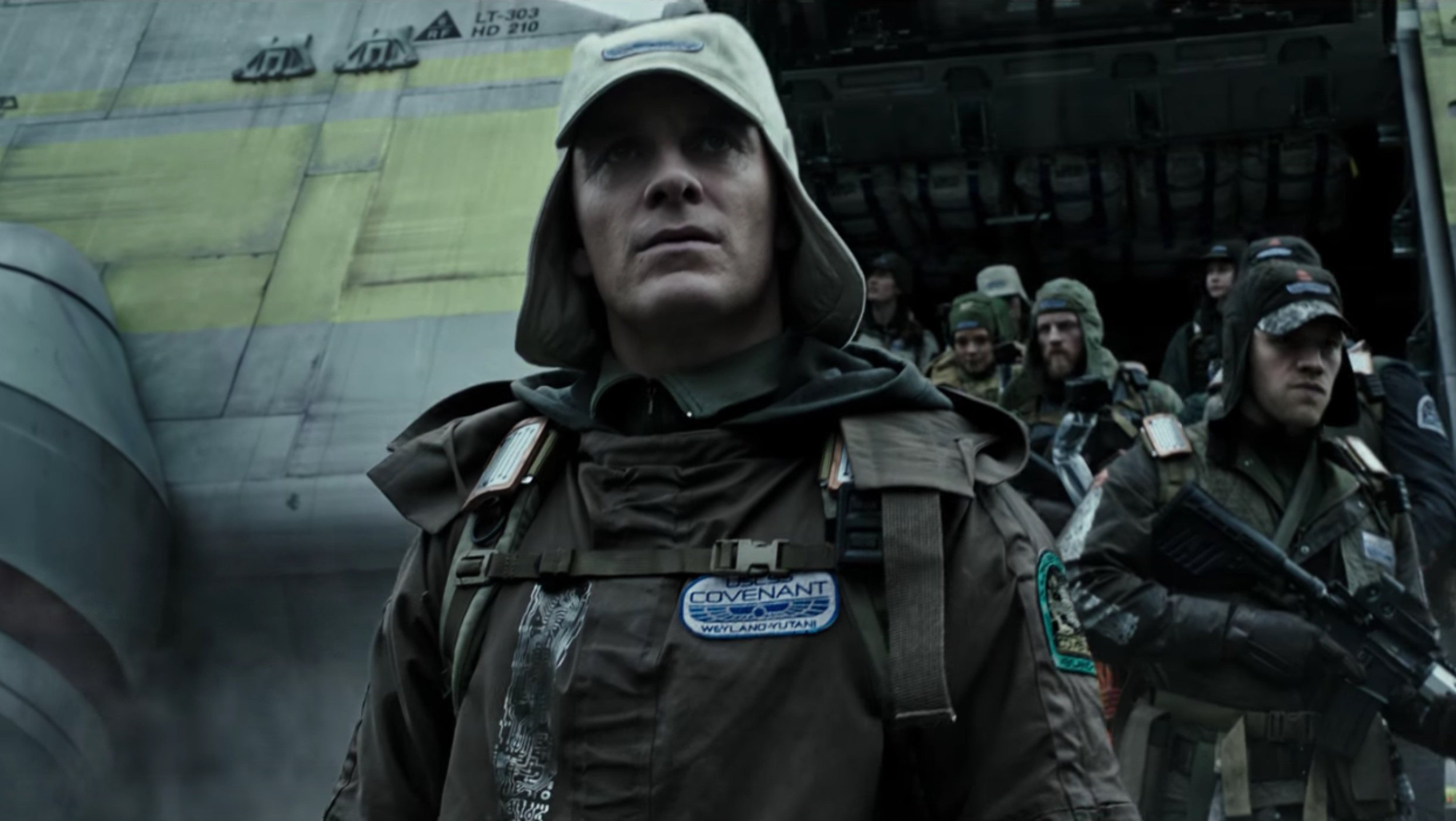 After the Xenomorphs (which suffer from a lack of weight in their current CGI incarnation) arrive, the plot makes some portentous diversions into the nature of man and evil, and the film never fully recovers. The finale is a spiky but unnecessary action scene that does next to nothing with the movie’s established themes, and ends on a teaser for another Alien movie to enter in the ongoing Intellectual Property Wars. But there is something oddly charming about those CGI Xenomorphs and the dialed-in pretensions of having Deep Conversations About Life. It feels like a video game.

Unlike the well received survival horror game Alien: Isolation, which was lauded for its tense gameplay, Covenant’s sequences of choppy machine-gun fire as action and dragging dialogue scenes feel like an overlong cutscene, giving us the kind of expository detail that the franchise just doesn’t need. It’s an interesting development for a filmmaker well into the third act of his career, but at certain points, this approach makes it look as if he’s not even trying to ensure the plot of his film reaches standardized cinematic quality.

The video game aesthetic is one of the most intriguing things about a solid entry into a franchise that did not need any more movies. Covenant is a weird stylistic accident, full of silly, deep-dive storytelling and unrealistic CGI boss battles that ends up defining the video game movie better than any mainstream American film since 2005’s DOOM. Covenant is better than Prometheus, but also a piecemeal movie for such a respected filmmaker who seems unsuited to franchise filmmaking. We need his two further planned prequels like we need a facehugger to the head.