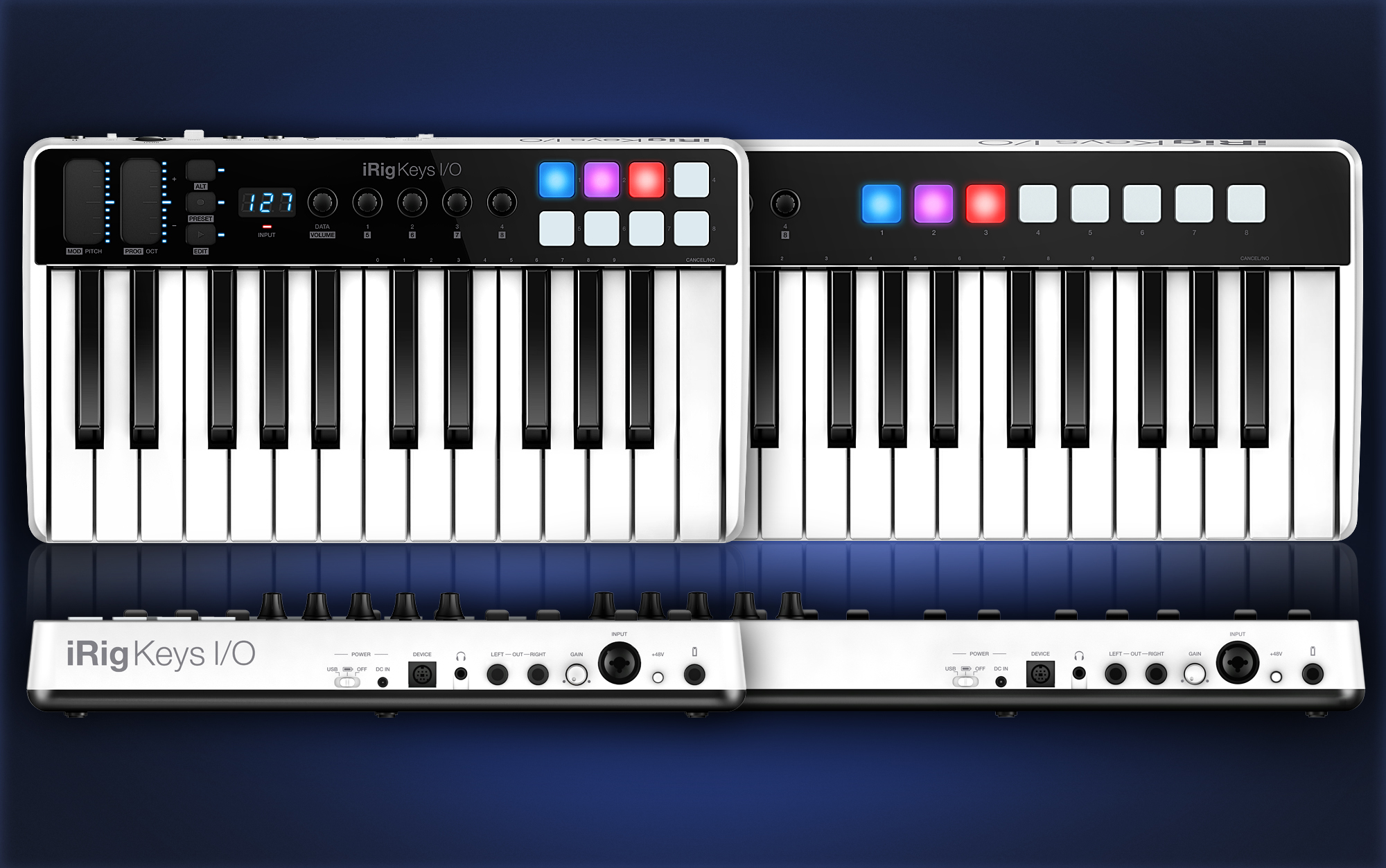 A built-in audio interface isn’t something you see often on MIDI keyboards, but IK Multimedia does has a lot of experience making them, particularly its iRig guitar interfaces for iOS devices. However, it only gives you a single instrument and microphone input together with two line outputs for speakers and a headphone output, though you do get a MIDI out and pedal input too.

It has a few other cool features that might sweeten the deal. There’s an included stand for sitting an iPhone or iPad (both of which work with the controller out of the box) and programmable touch strips for effects. Both controllers with work with USB or mains power, but they can also be powered by AA batteries. It’s an unusual feature for a MIDI controller – let alone an audio interface – that make it worth a look for anyone who likes to travel. 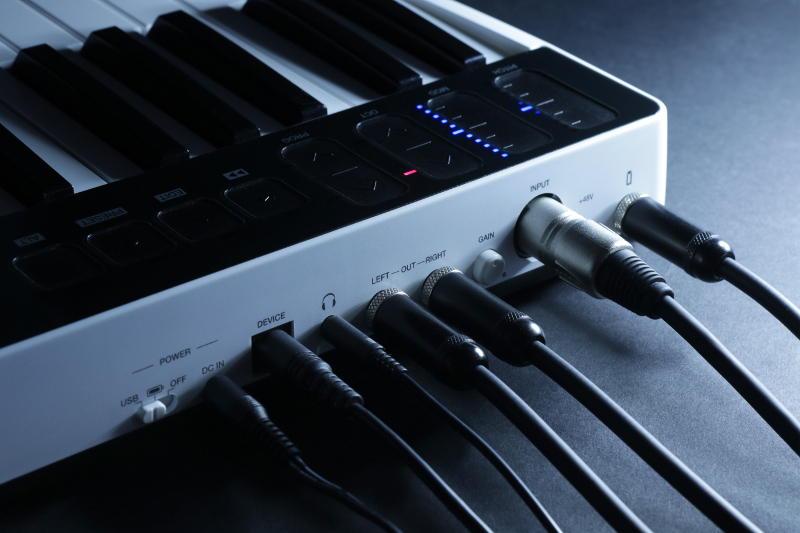 On top of that IK Multimedia a suite of music software including Ableton Live 9 Lite, SampleTank 3, mastering suite T-RackS 4 Deluxe and Syntronik Pro-V, a virtual vintage synthesizer. Both models are scheduled for release in October – find out more at the IK Multimedia website.

Read next: 10 VSTs and DAWs for making great tracks with no money