FACT Rated is our new series digging into the sounds and stories of the most vital breaking artists around right now. Next, Miles Bowe meets Amalie Bruun whose one-woman metal project Myrkur shifts from dreamy to nightmarish with a whip-cracking intensity on her new album Mareridt.

Myrkur is front and center on the cover of her harrowing sophomore album Mareridt, but for Amalie Bruun the path there has been long. A classically trained pianist, the Danish-born songwriter took her first steps into the pop music machine a decade earlier and found early success. Prize money for a 2008 Songwriters Circle Award afforded her the visa to stay in New York, where she worked in the synth-pop duo Ex Cops with her friend Brian Harding and picked up a series of industry odd jobs: A hook for rappers here, singing on a theme song for a songwriter friend there. You can even spot her in a Lonely Island video.

But these projects are in the distant past for Bruun, who found her voice playing both siren and banshee in her one-woman metal project Myrkur. Fusing angelic and demonic vocals with traditional Norwegian music (of both the ancient folk and contemporary black metal variety), she’s finally forged a space to channel her songwriting talents. Her monker translates to “darkness”, but for Bruun it’s as if we’re seeing her clearly for the first time.

“The reason it’s weirdly easy for me to do what I do now is because it’s just what I was doing as a kid,” she tells me in Brooklyn. “This is what I’m emotionally connected to. This is what makes sense to me.”

Wielding a love of metal (which, like many 30-somethings, began listening to Metallica as a child) and a passion for traditional Nordic music and lore, Bruun began to release a series of concise, volcanic recordings leading up her debut album M. The scope of her vision was clear from its opener ‘Skogen Skulle De’, which moves from choral, multi-tracked vocal bliss to ornate folk before surging into metal riffage, textured with both soaring moans and bloodied screams. It’s an atmospheric, chilly epic and a testament not just to her ability as a writer, but the high-wire act she puts her voice through on nearly every song. 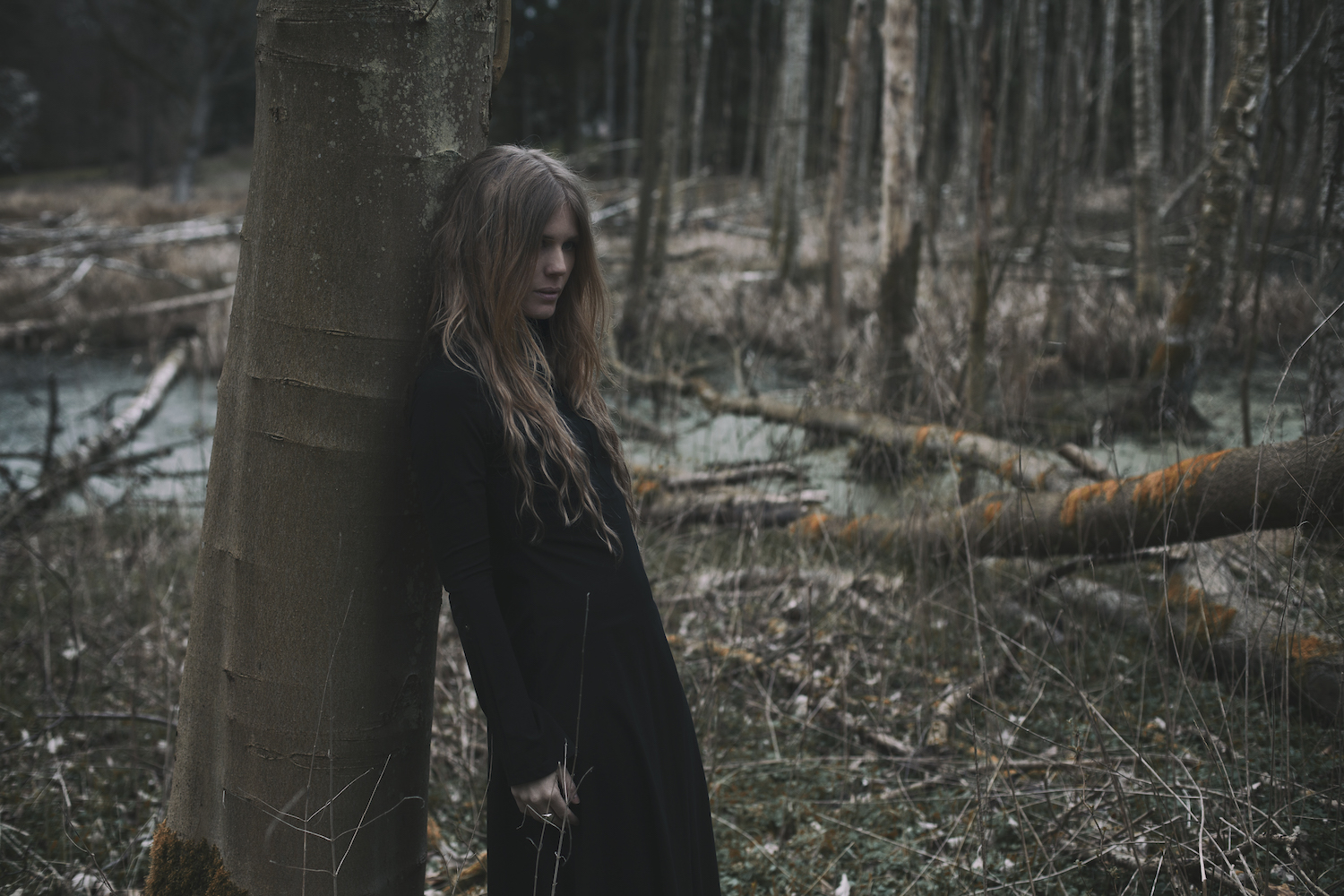 “Sometimes I wonder if this is some kind of self-harm,” say Bruun, who feels most comfortable whipping between these two extremes, especially when performing live. “I don’t want to scream correctly. I don’t want to do that very schooled, Arch Enemy screaming style. I just want to scream like I’m having a panic attack. But it hurts, you know? You just have to go out there. All the way out there.”

Bruun released M not long after revealing her identity. She had previously kept Myrkur anonymous in an attempt to keep the focus strictly on the music, but Mareridt finds her further exploring her own personality and experiences. The title translates to “Nightmare” and is inspired by struggles with sleep paralysis and night terrors.

While the album title is as “kvlt” as you’d expect from a Norwegian black metal album, it’s a surprisingly dreamy listening experience. On Mareridt, assembled alongside legendary metal producer Randall Dunn (Wolves In The Throne Room, Sunn O))), Earth), Bruun builds a shifting sonic tapestry that serves her vision without becoming trapped in the genre’s tight boundaries.

Harsh black metal riffs collide with traditional instruments like nyckelharpa (which you can see Brunn play in a few breathtaking videos) and ancient herding calls. At its best, such as on ‘Måneblôt’, she’s able to fuse all her influences, riding each wave with commanding vocals that drift from hoarse black metal groans to elastically pretty phrases that bring to mind Cocteau Twins’ Elizabeth Fraser. Lyrics often shift from English to Danish with an unconscious fluidity, a quality present in Bruun’s own dreams.

“Sometimes my nightmares do feel like they’re in a different language,” she explains. She makes a habit of quickly writing her dreams down after waking up and when she shows me a selection, the phrases read like experimental poetry, flipping between languages (“Man wearing a huge octopus tail”) to capture their ineffable, abstract power. She looks back at one passage in English noting, “That should have been in Danish.”

While it may have been a long journey, Mareridt feels less like a destination for Myrkur than a jumping off point. She’s only getting started. I ask Brunn if she’d have any advice for other artists, artists who may be insecure about pursing the music they want – whether from imposed barriers of genre or scenes or the pop industry (which Brunn describes as “darkness masquerading as light”).

“I would say burn it to the fucking ground. Burn it down. Do whatever you want,” she replies. “Trust me, it’s not easy getting out of the pop world. Burn it down. Build your own castle.”

Read next: Helena Celle is the synth-building punk who learned to make tape loops with nail polish