Singles Club: L7 return to take down Trump with ‘Dispatch From Mar-A-Lago’

This week, grunge rock grrrls L7 return after 18 years to hit Trump where it hurts with ‘Dispatch From Mar-a-Lago’, Oneohtrix Point Never and Shabazz Palaces team up for Adult Swim single ‘The Rapture’ and Lil Yachty and Young Thug join forces for ‘On Me’.

Elsewhere, Negative Gemini swaps rave nostalgia for indie charm and even SZA can’t pull Maroon 5’s latest from the wreckage. Also, do we need to talk about Abra? Here’s how the week’s biggest singles went down with our reviewers… 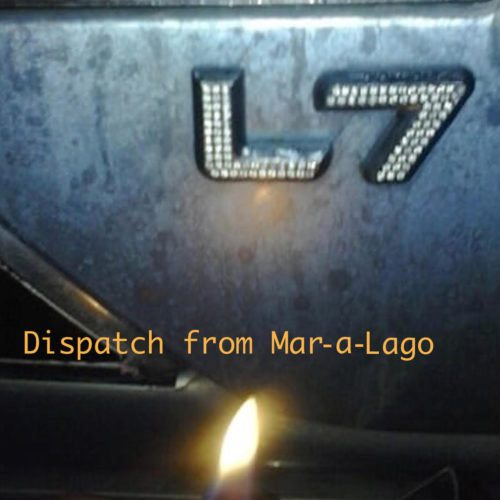 Claire Lobenfeld: “S.O.S. from the golden throne” is probably the most 2017 lyric I have heard all year. (7)

Chal Ravens: I’m being told that this is a Trump takedown which imagines the Dotard-In-Chief tweeting from his second home, but I honestly can’t make out enough of the lyrics to be sure. Musically it sounds like L7, which means it’s too stodgy for my tastes even if the attitude is palpable. Still, for a comeback track from a vintage band, it’s got game. (6)

April Clare Welsh: L7’s 1992 track ‘Wargasm’ connected Bush’s gratuitous warmongering with the quest for sexual pleasure and now the band have returned after 18 years to go in on Trump. We need more anti-Trump songs that actually bite and this is a snarling, no-fucks-given comeback from some of my personal musical heroes. L7 have pulled off another humor-tipped protest song with geetars, but I second Chal’s emotion – why write such great lyrics if you can’t hear them properly? (7)

Miles Bowe: I don’t really have any nostalgic memories of L7 to weigh against this comeback single, but it’s certainly catchy and as far as anti-Trump songs go, beats the shit out of every Prophets Of Rage song. (6)

Chal Ravens:  DREAM COLLAB KLAXON! Shabazz Palaces are continually underrated, probably because it takes so much fucking time and effort to digest and appreciate what they’re doing – the recent double album is still a total enigma to me – and Oneohtrix is an ideal collaborator for their out-there tendencies. This track is so sparse and strange, a collection of inverted embellishments like one of those Rachel Whiteread sculptures of empty space. Very, very cool. (8)

Miles Bowe: Both of the artists behind 319 have become greats in their respective worlds while shattering genre conventions, but this first track is all tension and no release. It’s like the scene in a samurai movie where the two toughest swordsmen go head-to-head, but have to stare each other down for an eternity first. If this goes beyond a one-off I have no doubt we’ll get plenty of action, but for now this feels like an engaging quiet before the storm. (7)

April Clare Welsh: This has all the ingredients for brilliance but comes off tasting a little too half-baked. Those gauzy new age pads and washes of chillwave add spice to the flavor, but without ever occupying enough space to turn this into a memorable tune. (5) 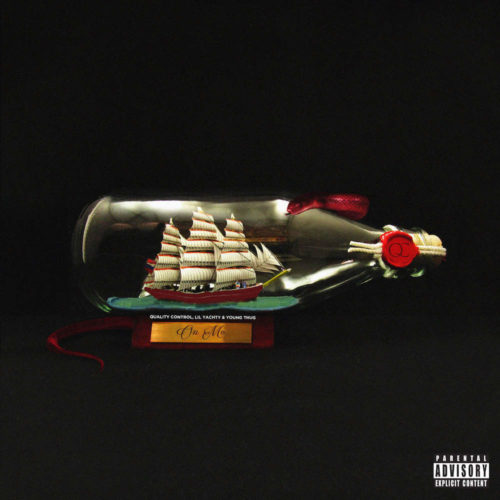 Young Thug and Lil Yachty – ‘On Me’

Miles Bowe: I can almost always count on Thug, while Lil Boat is as hit or miss for me as a game of Battleship. This is more Boat than Thug and it’s more miss than hit. (5)

Chal Ravens: More cutesy, throwaway stuff from The Krazy World of Yachty & Friends – the sluggish tempo and nonsensical chirpiness is not doing a lot for me. We all ate our Broccoli the first time round and there’s only so much fibre anyone really needs. Some toilet humor for you there, folks. (4)

Claire Lobenfeld: I’ve resigned myself to the fact that whatever new wave Lil Yachty inhabits is something out of my elderly understanding and that’s totally cool. Us 30-and-overs not being into this doesn’t mean we’re old or the kids are wrong or whatever – it’s the spirit of the times! But good god, I am so tired of fucking-someone-elses-bitches this, she-likes to-swallow that. At least be clever about it. (4)

April Clare Welsh There’s a time and a place for this song and the time is now and the place is a sunny roof terrace in Lisbon. But feed me this on a dreary Monday in London, and I may not be so amenable. (6)

Negative Gemini – ‘You Weren’t There Anymore’

Miles Bowe: I’ve been following Lindsey French’s music long enough to trust every new evolution of Negative Gemini, from the clubby maximalism of last year’s Body Work to the somber shift of this new single. With a loose, persistent drum beat and French on guitar, the track feels more like the work of a garage rock band, but her ghostly vocals fit just right — especially once its gauzy climax hits. There are some shades of Bradford Cox here – a pretty, melancholy gem to play as the autumn chill starts to set in. (8)

Claire Lobenfeld: Love you, L. French, but this has too many Foxygen vibes for me to really get into it. (6)

Chal Ravens: I adored last year’s Body Work album for the way it squeezed moments of melancholy out of pop-rave euphoria, but this track suggests NegGem has sacked off all the dance business for gauzy, awkward indie. It’s great, though perhaps not as unique as the niche she was exploring previously. (7)

April Clare Welsh: Negative Gemini released one of my absolute favorite songs of last year, but where her adventures in rave archeology dug deep into pulsing kicks and flashes of hardstyle, this new track revists the widescreen synth-pop of her earlier efforts. It’s still appealing, but perhaps a little too *indie circa 2009* for my liking. i.e. bring back the breakbeat Lyndsey! (7)

Chal Ravens:  Sorry y’all, but we need to talk about how Abra. You’re playing yourselves. On the real: the songs are boring, the production is SO boring, her voice is terrible, areyoukiddingmesosoterrible, and I cannot understand the hype you’re pushing on me. I know she looks the part and the general idea of it is very appealing, so maybe people are willing her towards success rather than just acknowledging that it’s all been half-baked so far. Having said that, this track at least feels genuinely bleak and weird enough to justify the scruffiness, and as a bonus we don’t have to listen to her voice. SORRYNOTSORRY. (3)

Claire Lobenfeld: Sounds like all that hanging out with Zora Jones is really doing something — and that something is marvellous. (9)

Miles Bowe: This sounds great, but I wish we heard more of Abra. (7)

Chal Ravens: Top Dawg crew love a cheesy guest appearance, huh? This is unadulterated pappity-pop-pap, which in my mind sounds like absolutely everything else Maroon 5 have ever done, meaning it’s “well-produced” adult-oriented easy listening and so inoffensive as to be truly offensive. SZA is pretty cool usually, so no shade for grabbing that check, but I have forgotten this already and it’s still playing. (2)

Claire Lobenfeld: One of the things that makes SZA standout as an artist is her POV, so when you bring her in just to do menial backups on a song that sterilizes an already pretty neutered trend (“tropical house”), you have completely lost the thread. I used to hear nails on a chalkboard when I heard cuts from Songs About Jane, but now that feels innovative. (2)

Miles Bowe: This was predictably a drag until SZA showed up, but I’m surprised I didn’t hate this as much as I thought. The chorus is catchy obviously because of SZA, but give Adam Levine some credit — he’s way more likable when you can’t understand what the fuck he’s saying. Basically, I’ll just wait around for the vaporwave remix this is totally primed for. It’ll go better with the music video too. (5)

April Clare Welsh: I’m actually with Miles here – I don’t hate this as much as I should do and I don’t hate myself for not hating it. Hoorah! It doesn’t quite stoop to the same rip-your-own-ears-off level as ‘Moves Like Jagger’ – the most annoying song of the 21st century – or feel as wrong as the time Adam Levine stripped naked for cancer, but admittedly, SZA’s guest spot is the song’s one saving grace. But she probably didn’t need to jump on the track in the first place, seeing as she’s already made one of the albums of the year. (5)

Singles Club: Stefflon Don and Skepta sample The Simpsons and turn up the heat on ‘Ding-A-Ling’

Singles Club: L7 return to take down Trump with ‘Dispatch From Mar-A-Lago’