Apple is expanding its popular music creation app, GarageBand. A new update to the iOS version of the easy-to-use software today confirmed the addition of a new “Sound Library” where users can download additional free instruments, loops and sound packs  for free.

According to a press release from Apple, the new library kicks off with free packs for Future Bass and Reggaeton styles alongside Beat Sequencer kits, guitar amp tones and more. Apple also confirms this is just the beginning of more of additional Touch Instruments, Apple Loops, Live Loops templates and instrument presets from the company, which it says will be released “periodically”. 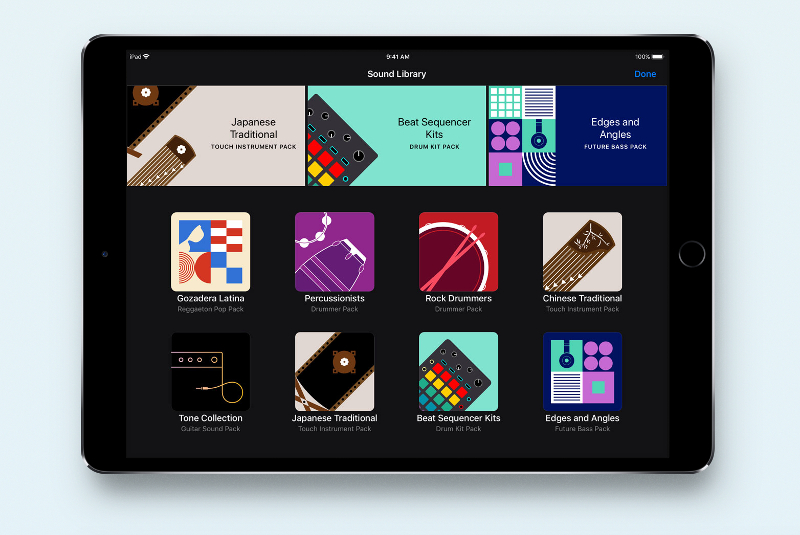 “With the new Sound Library, you’ve got instant access to an incredible and expanding collection of free loops and instruments from right inside the app,” Apple says. “You can easily manage your library as it grows, and GarageBand will even notify you when new sound packs are released and ready for you to download.”

Apple hasn’t revealed anything else about its future plans for GarageBand, but the Sound Library hub looks very much like it could become its own mini-store, either for selling its own content or that of third-party developers. iOS developer Ampify has had success in selling sound packs for its Launchpad and Blocs apps, so Apple may want to do the same for GarageBand.

The update is rolling out today, though at the moment it only seems to be on iOS, not the desktop version. If you haven’t got GarageBand for iOS you can find it at the App Store.