Nintendo’s smash console gets its own music-making studio.

If you love making music and playing video games, you’re going to want to put a Nintendo Switch on your Christmas list if you don’t already own one: Korg is bringing its Gadget studio to the console early next year.

Korg Gadget – which gives you a software studio full of synths and drum machines to play with – started out life on the iPad, but has since migrated to iPhone and Mac. It’s one of the best all-in-one production tools if you make music on a tablet or phone.

The Switch version promises to be something a bit different: the console’s unique design allows it to be played in front of the television and used as a handheld, which will give users the flexibility to make music in the living room or on the move. There’s no more information on how it works, but the video below shows it in action.

Korg has a long history of lending its synths to Nintendo consoles. Back in 2008, Korg’s DS-10 software gave Nintendo DS owners a basic studio for making music on their handhelds; it’s since been followed up by the M01D and DSN-12 synths for the 3DS console. The Switch version of Gadget is being developed by Japanese studio Detune Ltd, the company behind these earlier synths and other apps for Korg.

Nintendo has had a runaway success with the Switch since its launch in March this year. The company expects to sell 14 million consoles by the end of the fiscal year, with Super Mario Odyssey selling two million copies since its release last Friday (October 27) alone. 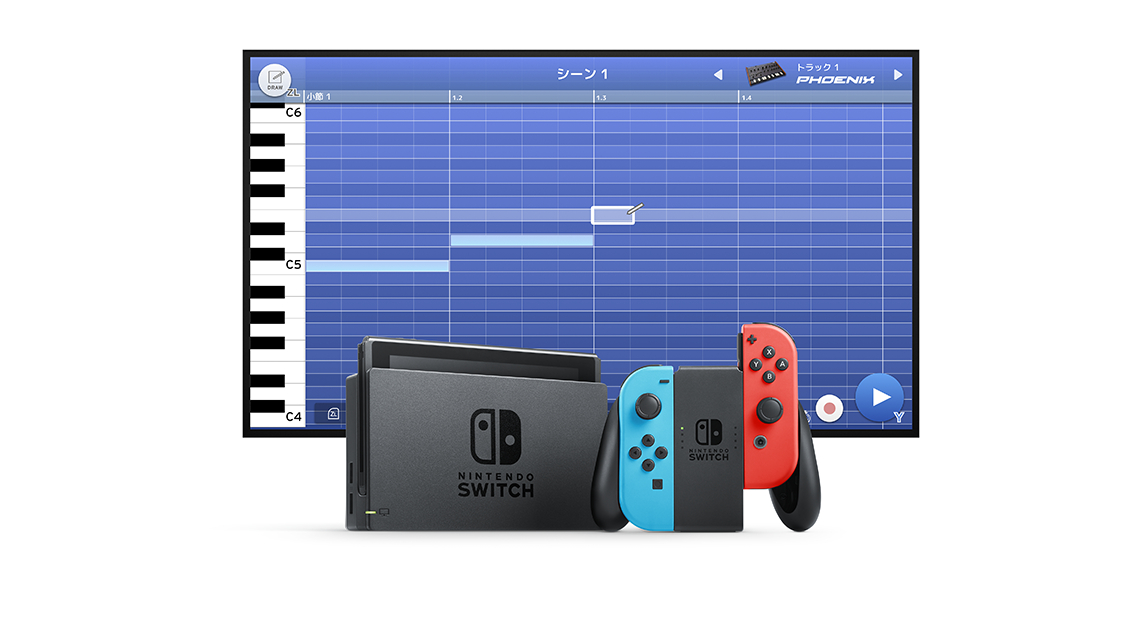