Music fans can be a tricky lot to buy presents for. Don’t worry though, we’ve got your back. Here’s a varied selection of gift ideas including books, speakers, DVDs, artist merch and cheap stocking fillers that Santa would be wise to fit into his sleigh for the music obsessive in your life.

It’s December again, which means a few things. It’s now socially acceptable to cram your face with mince pies at a velocity of seven-an-hour. You’re gonna hear ‘Christmas Wrapping’ by The Waitresses at least nine times a day for the next month (no bad thing). Also, every day now now till Christmas a Herculean battle will rage inside you as you attempt not to eat all the chocolates in your advent calendar in one sitting (the struggle is real).

It also means that it’s time to get your shit together and start planning what to buy the important people in your life, ‘cos let’s be honest, your boyfriend/girlfriend didn’t look that wonderfully impressed by the HMV gift card you bought them in a last minute panic buy on Christmas Eve last time around. But what to get them? Here are our suggestions… 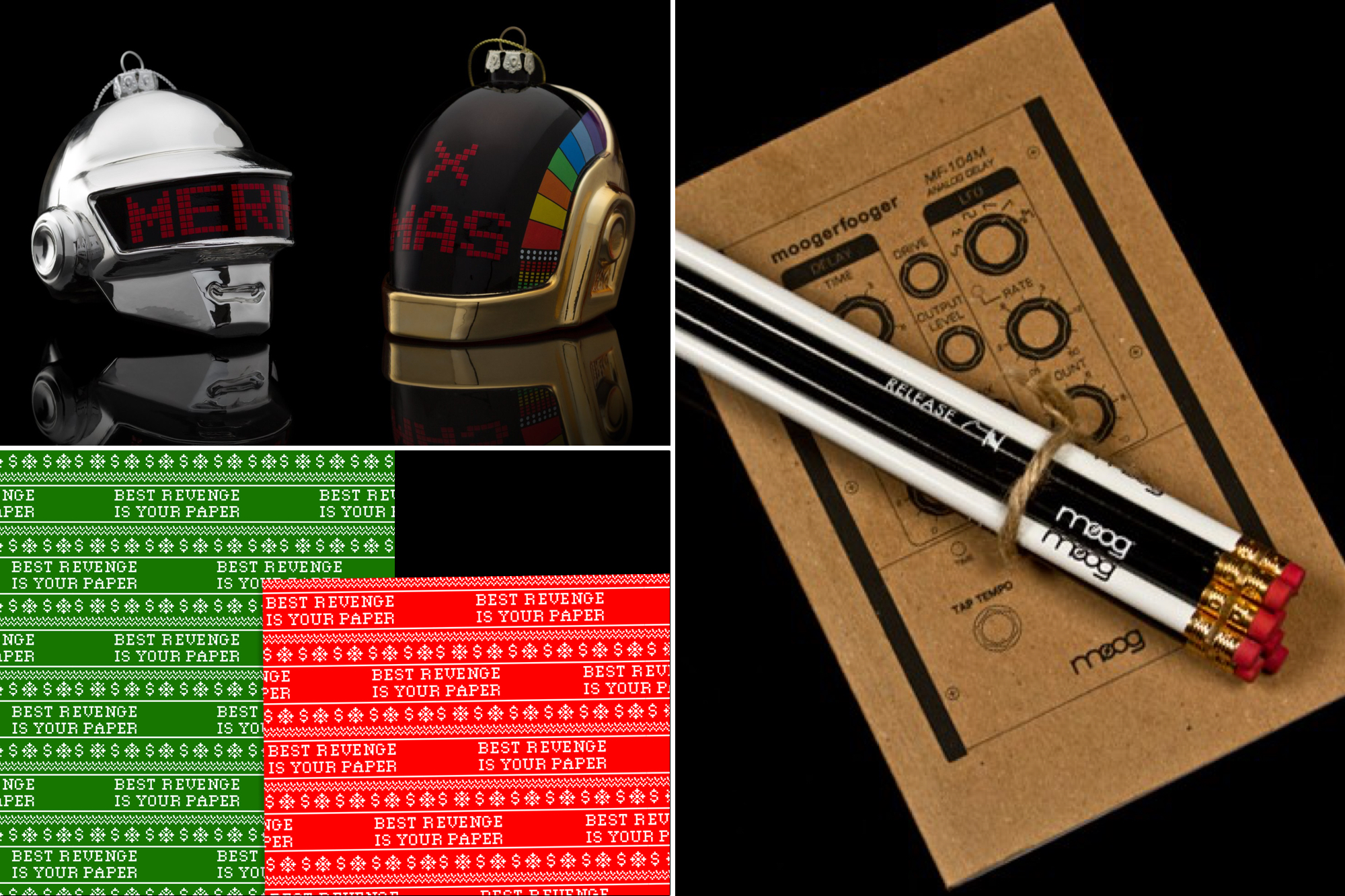 Daft Punk Christmas tree baubles
Guaranteed to make your Christmas season harder, better, faster, stronger. Hang them on your tree and hope you get lucky with a decent haul of presents!
Price: $45

Moog notebook and pencil
It’s a sad truth of adult life that sometimes, it is just not appropriate to be playing a synth. At work. In bank meetings. You catch our drift. At least this Moog notepad and pencil set is available for such occasions, making you feel slightly closer to your beloved instrument till your next jam session.
Price: $11.99 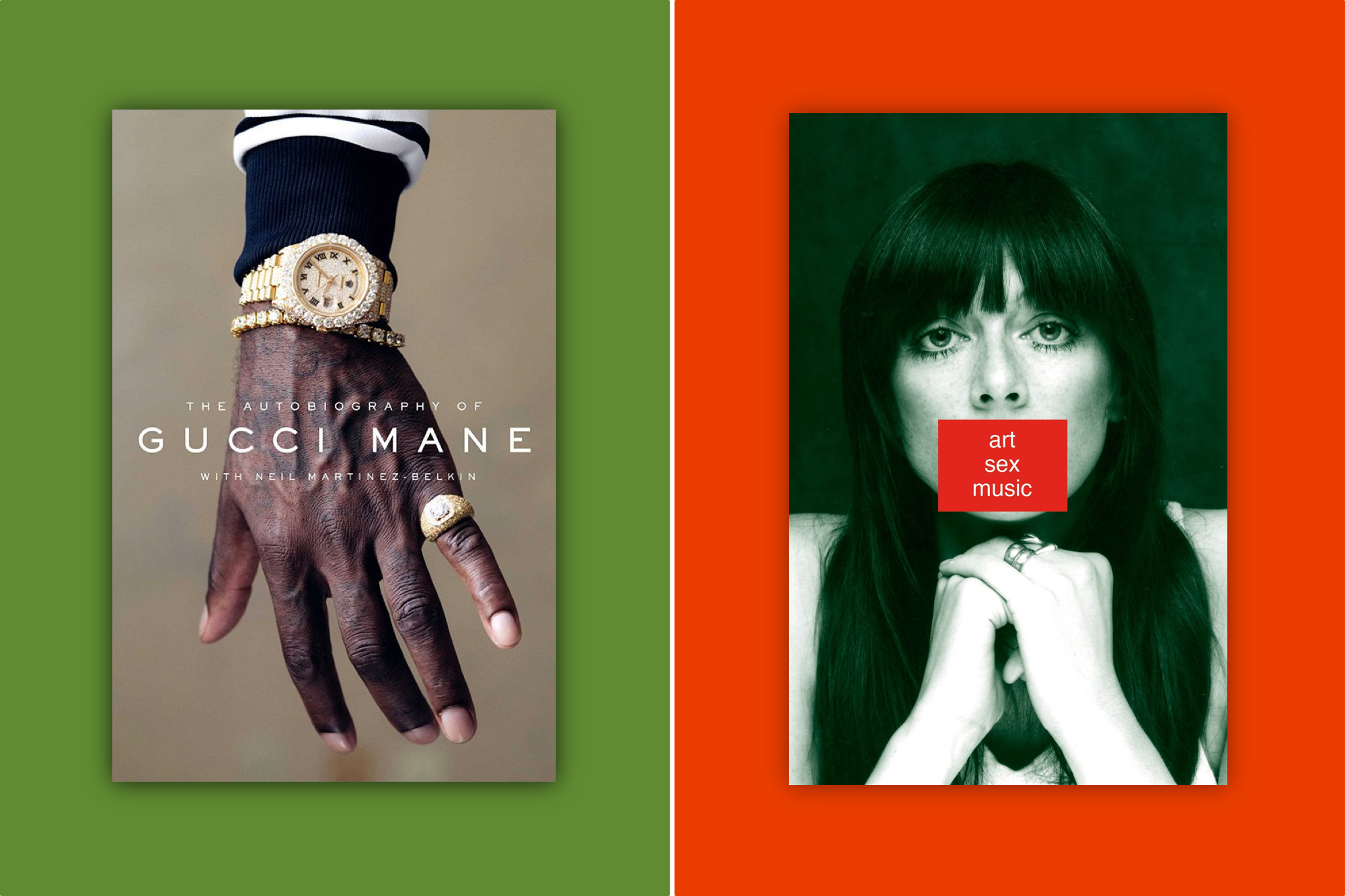 The Autobiography of Gucci Mane by Gucci Mane and Neil Martinez-Belkin
This warts-and-all page-turner confronts “the making of a trap god,” notably Gucci’s “dark past… years behind bars, the murder charge, drug addiction, career highs and lows.” Mane began writing his autobiography while he was still in prison and continued to do so after his release. This book plots the Atlanta rapper’s rise, fall and resurrection.
Price: $16.10

Art Sex Music by Cosey Fanni Tutti
Industrial pioneer Cosey Fanni Tutti was a founding member of experimental legends Throbbing Gristle, infamous performance art collective COUM and one half of electronic duo Chris & Cosey. Art Sex Music is a rock memoir like no other, taking in everything from Tutti’s use of bodily fluids as art props to her alleged abusive relationship with former band member Genesis P-Orridge.
Price: $14.99 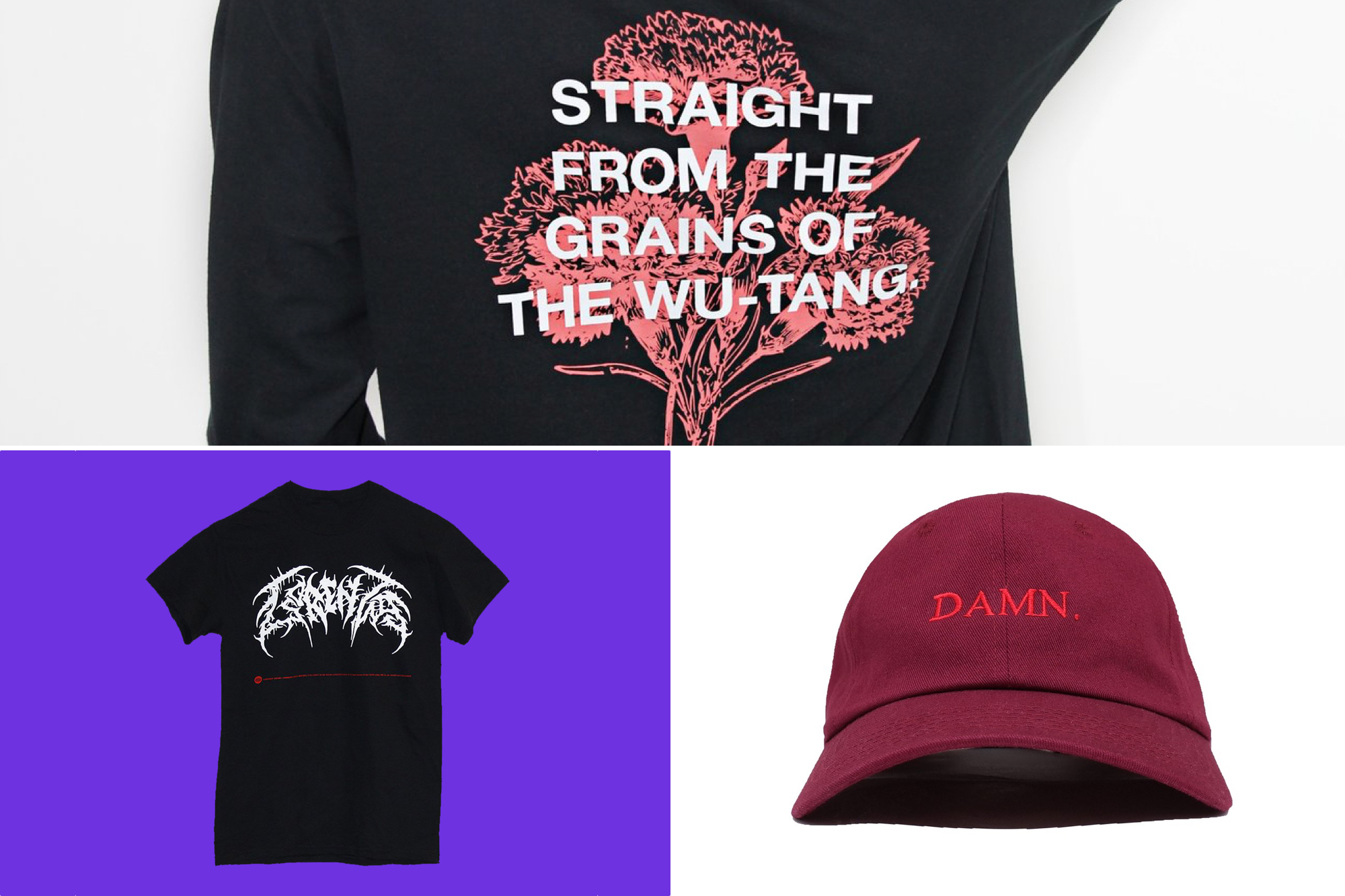 Wu-Tang Clan Straight from the Grains long sleeve shirt
As seen on Rihanna last week, this cosy tee comes “straight from the grains of the Wu-Tang soil” according to legendary rap crew. Can’t argue with that. Obviously you’ll clearly never look as cool as Rihanna, but it’s a pretty solid gift for anyone who loves the Clan and wants to shout it from the rooftops.
Price: $34.95

Lorenzo Senni Dark Pointillism Tee
The electrifying design for trance warrior Lorenzo Senni’s new piece of merch looks like a metal tee, but its heart belongs to the rave. A fetching gift for any fan of the hardcore punk-loving producer. Check it out in Senni’s Big Cartel store (deer presumably not included).
Price: €30

Kendrick Lamar DAMN! cap
Damn! This is the hat we’ve been looking for all year. If you know anyone lucky enough to pull off a cap with style, then this is the gift for them. Also, flip it round for an embroidered caption: “What Happens On Earth, Stays On Earth.”
Price: $30 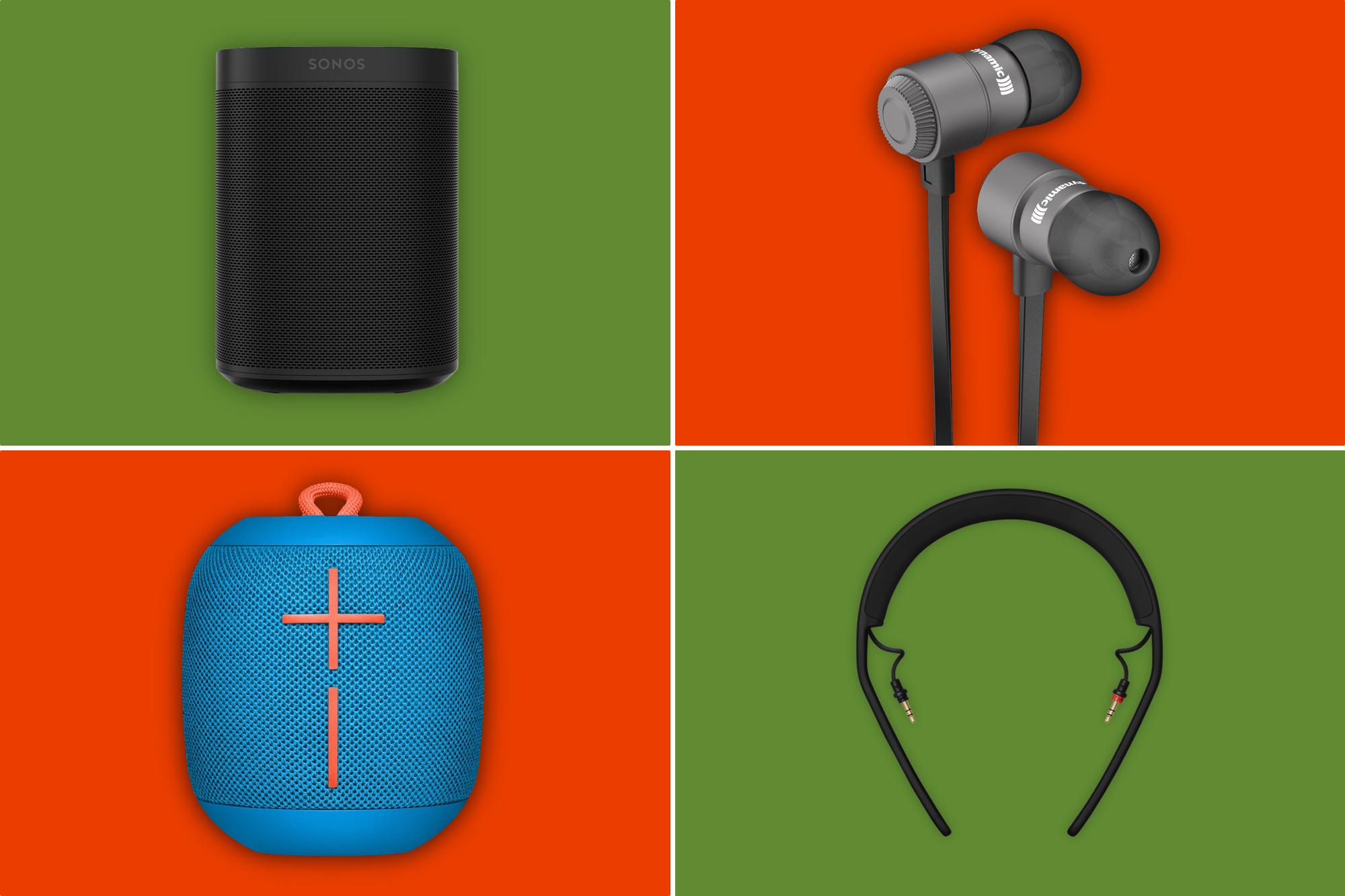 Sonos One
Not only does Sonos’ new One have Amazon’s Alexa assistant built in, it sounds better than its rival smart speakers. Perfect for finding festive Spotify playlists while you make the Christmas dinner.
Price: £199

UE Wonderboom portable Bluetooth speaker
UE’s Wonderboom might look like a beachball, but it’s a surprisingly capable speaker you can take anywhere – even in the pool.
Price: €99

AIAIAI H05 wireless headband
Owners of AIAIAI’s modular TMA-2 headphones can now upgrade their existing pair into a wireless model thanks to this Bluetooth headband. It has a 16-hour battery life and looks pretty sleek too.
Price: €125 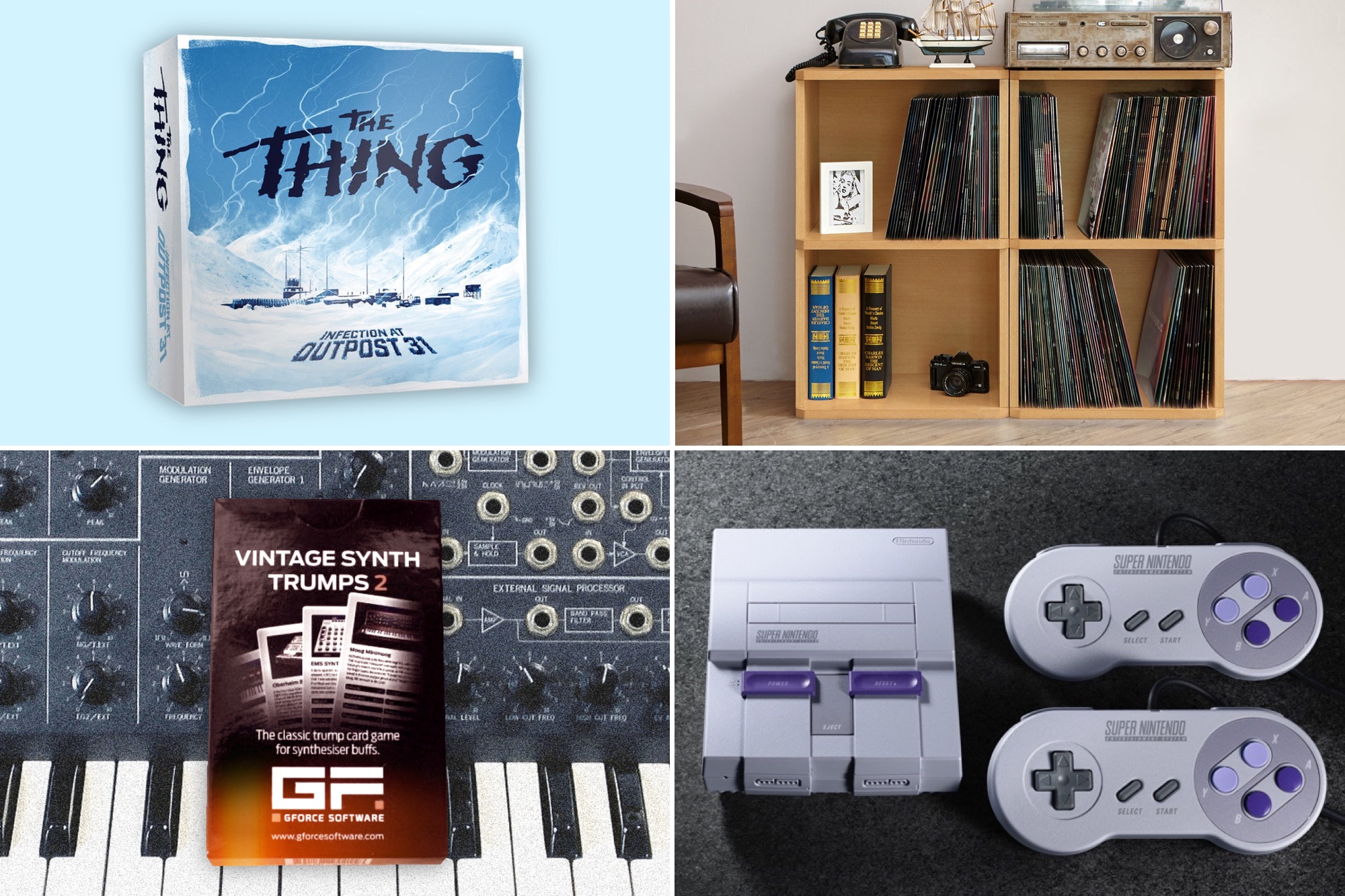 The Thing board game
Leave it to the design geniuses at Mondo and Project Raygun to figure out a successful way to adapt John Carpenter’s shapeshifting horror masterpiece, The Thing. Unlike the lousy remake or the well-meaning, but ineffective video game, the team envision the game as a spin on Clue, but where any player might secretly be a murderous alien. It forces players to actually interact (and bluff) each other, capturing the paranoid tension of the original and unleashing it on your next game night.
Price: $60

Eco-friendly vinyl storage
Made almost entirely of recycled paper, Way Basics’ green “zBoard” storage units are definitely better for the environment, but the benefits don’t stop there. It’s free of the carcinogenic formaldehyde found in typical MDF (or medium-density fibreboard) while also being more durable and lightweight. Coming with a good price and a lifetime warranty, we’ve been searching for a drawback and are still coming up empty-handed.
Price: varies per set

Vintage synth top trump cards
“Can you use your skill and judgment to become the undisputed champion of vintage synth wisdom?” That was the challenge GForce put forth with its Vintage Synth Trumps card game and now they’re back with a new collection. The game is simple — the highest scoring synth wins the round — but the real fun for gearheads comes from combing through each detailed statistic. Plus, it’s a lot cheaper that buying even one of the actual instruments.
Price: £6.95

SNES Mini
There’s already a chorus of praise for the SNES Mini from its incredible design and emulation to a near-perfect price value and game selection (Star Fox 2!?). Is there anything left to admire? Yes, a lot actually. Once you sit down with one, Nintendo’s attention to detail shines from the elegant save-state and rewind feature, easy portability and the way it records your gameplay for the menu’s screensaver. The SNES Mini will keep any gamer happy until Christmas 2018 and beyond.
Price: $80 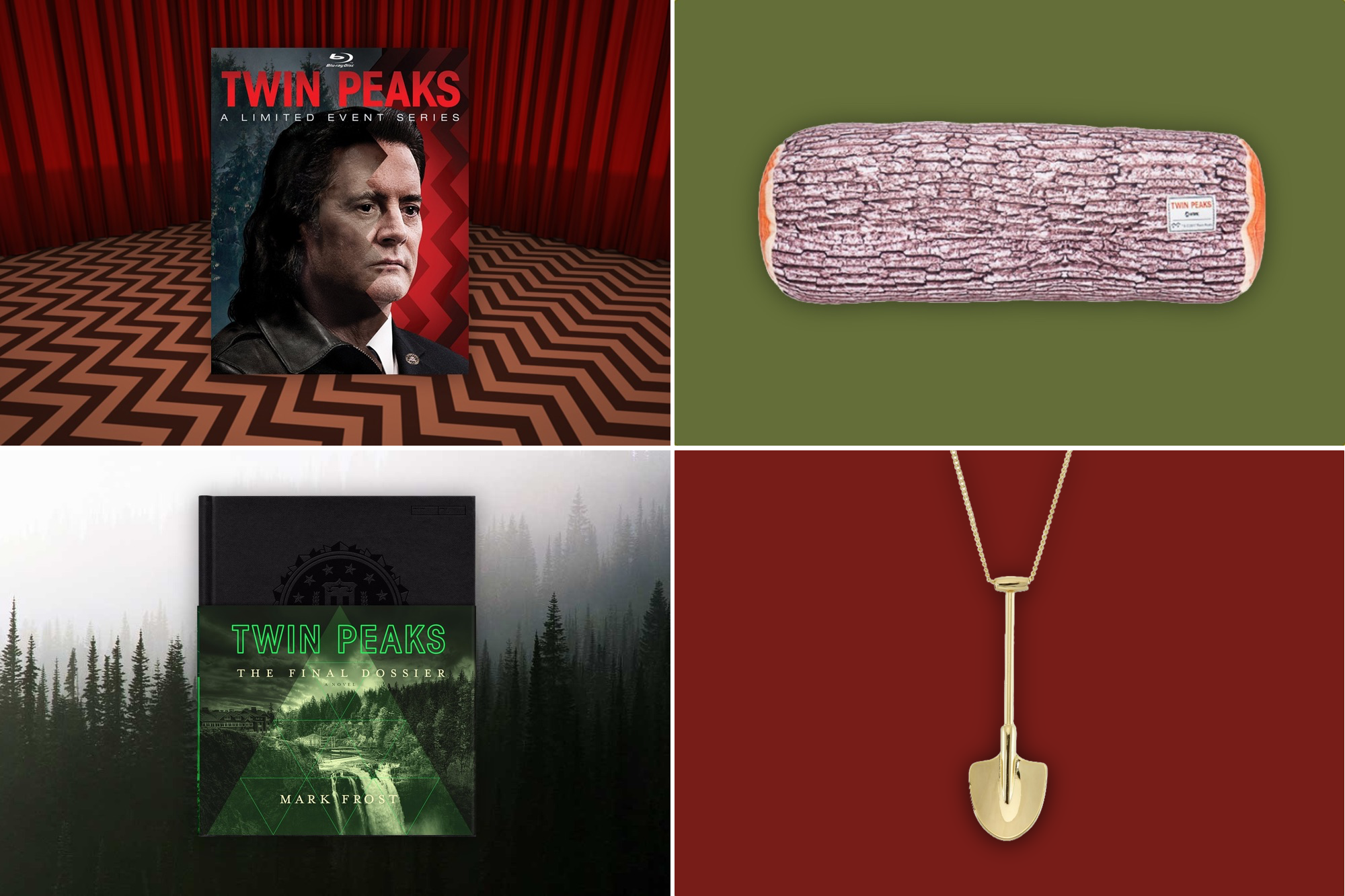 Twin Peaks: The Return on Blu-ray
Twin Peaks die-hards love a good rewatch, no? But if you want to gift someone more than just the 18 episodes they were definitely glued to ever summer Sunday, this collection has six hours of bonus features including a ten 30 minute documentaries about the making of the show. You don’t need to be on the Blue Rose Task Force to get into the nitty-gritty of The Return.
Price: $47.99

Twin Peaks: The Final Dossier by Mark Frost
Mark Frost’s new novel continues where The Secret History of Twin Peaks left off, taking you 25 years from the story’s origins to the town’s present (or, well, its 2017) and filling in some of the holes in The Return. The book is FBI Agent Tamara Preston’s final report to her supervisor Gordon Cole and it features several files on the townspeople of Twin Peaks, WA. This is the perfect gift for someone who felt like the new show left too much in the air and is looking for answers.
Price: $13.55

Log Lady pillow
Yule log, shmule log – this log has something to tell you. Its secrets may not be sweeter than a Bûche de Noël, but you can keep it around all year long.
Price: $39.95

Dr. Amp’s gold shit-digging shovel
Yes, you and everyone you know is tired of hearing about how 2017 was the beginning of the end of the world, but this season calls for upheaval. While you can’t literally dig yourself out of the shit with this shovel – it’s sized for a necklace, after all – it is a great winky accessory for your favorite Twin Peaks who prefers to display their fandom with some subtlety.
Price: $29.99

Agent Dale Cooper, Dougie Jones and Mr. C cardboard cutouts
Here’s a way to scare your neighbors: replace the Three Wisemen in your nativity scene with these guys, But seriously, do we really even need to convince you on this one? Just look!
Price: $39.95 each 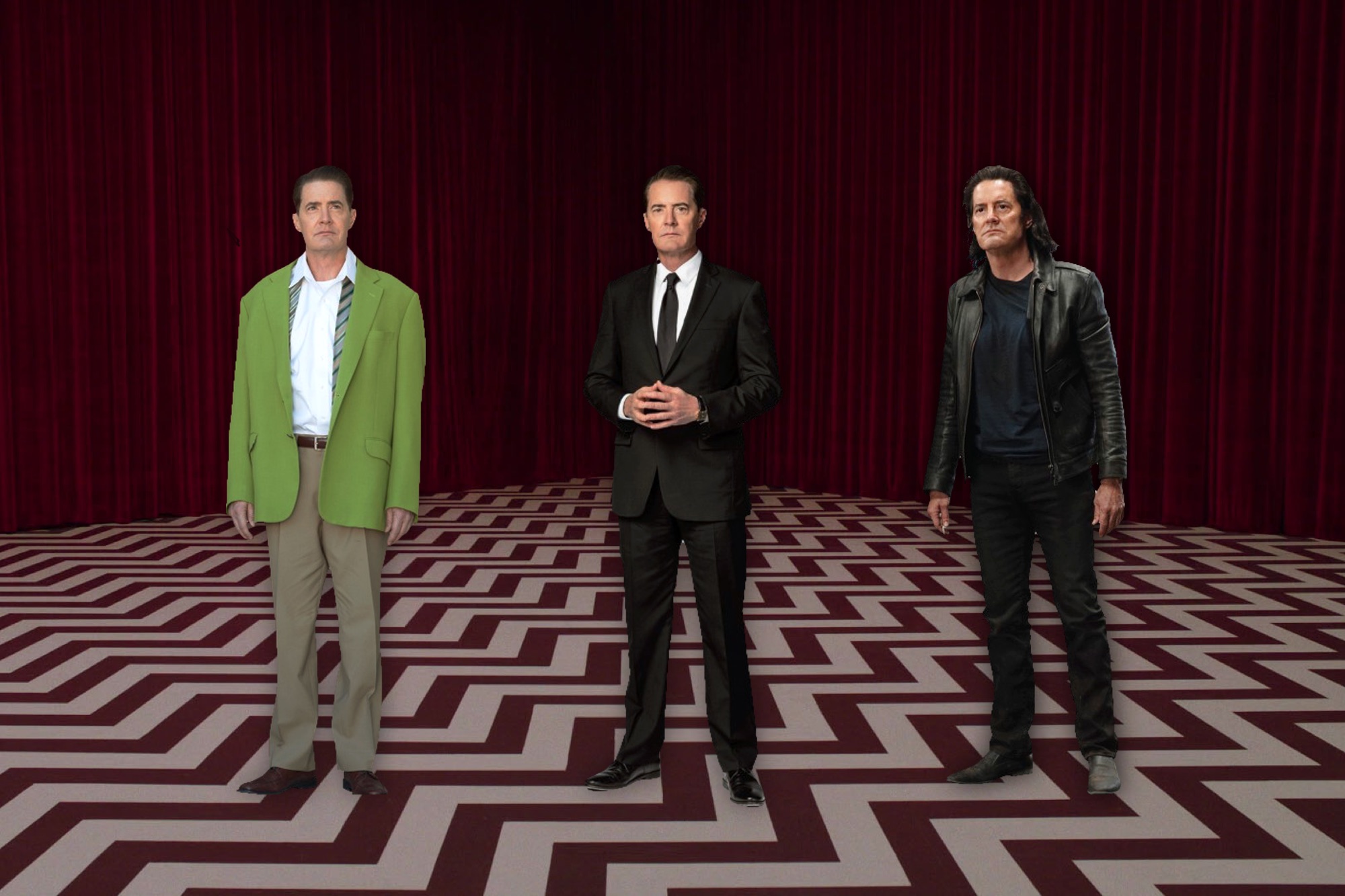 Read next: What to buy musicians and producers for Christmas 2017