Eurorack manufacturer Mutable Instruments has revealed the replacement for its popular Braids module. According to the company, Plaits is a “spiritual successor” that redesigns the hardware and software from scratch rather than offering “just a mkII version”.

The original Braids was one of the most powerful Eurorack oscillators on the market until it was discontinued last year, covering everything from FM synthesis to percussion sounds. Plaits appears to be just as flexible, offering 16 different synthesis models (eight melodic and eight percussive), though Mutable claims it’s much simpler to use than Braids.

“Gone are the screen, menu system, hidden settings, and the long list of somewhat redundant synthesis models,” Mutable says on its website.

“Thanks to additional CV inputs, and to the use of three timbre-shaping parameters per model, Plaits is straightforward to use, and much closer to the ideal of one synthesis technique = one model. What were fragmented islands of sound in Braids are now part of a continuum of sounds.” 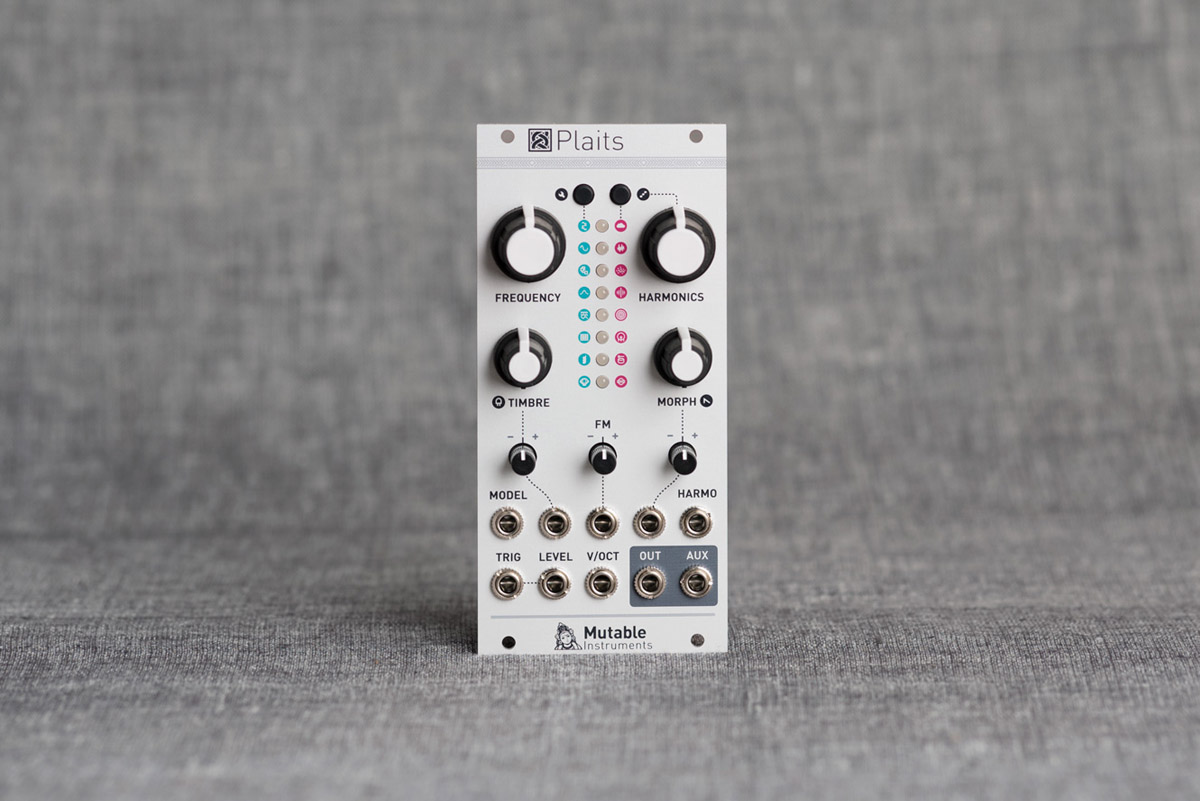 Plaits also has a virtual low-pass gate that allows it to be used as a percussive source if you have a trigger generator or sequencer patched into the trigger input. There’s also an internal decay envelope generator that allows you to add pitch, timbre or morphing modulation by turning the corresponding attenuator knob.

As with most of Mutable Instruments’ modules, which have multiple applications and sometimes even hidden functions, this is probably just a fraction of what Braids is capable of. The 12HP module will be available this week for $259/€229 and according to Mutable, we can expect replacements for the recently discontinued Clouds and Peaks modules later this year as well.