Echo, HomePod, Home – the list of smart speakers is growing every month, but how do you know which one to choose? Tom Wiggins talks to a selection of voice-controlled speakers to find out which ones will make your smart home sound its best.

Voice control used to be the stuff of sci-fi movies, but over the past few years it’s become one of the fastest-growing areas in consumer technology. Although Apple was one of the first companies to introduce it to everyday users with Siri in 2011’s iPhone 4S, it’s the growing number of voice-activated speakers – heralded by Amazon’s Echo in 2014 – that has propelled the technology into the mainstream.

Whether you buy Amazon’s Echo, Google Home, Apple’s recently released HomePod, or one of the ever-expanding range of third-party products, these so-called smart speakers all have an AI assistant onboard: Alexa inhabits the Echo, Siri’s onboard Apple’s HomePod, and Google’s imaginatively titled Assistant lives inside the Home.

As well as allowing you to listen to music, these speakers can tell you what the weather’s going to be like and look up trivia on the internet without you needing to lift a finger. With the right kind of supplementary products, such as the Nest thermostat or Philips Hue bulbs, you can even use them to control your heating, turn your lights on and off and perform all other clever smart home tricks. In fact, with regular software updates, their functionality is expanding all the time.

Both Amazon and Google have made their AI assistants available for other brands to build into their products, meaning companies with more experience in the hi-fi world have been able to add voice control to new, better-sounding products – just don’t expect to see Siri on anything that doesn’t have an Apple logo on it. There are also rumors that Spotify will soon be joining the fray, which would make the landscape even more crowded than it already is.

In order to obey your instructions, each assistant has a special ‘wake word’ it’s always listening out for, meaning you’re technically under 24/7 audio observation. It’s a necessary evil for a voice-controlled product to work, but if you’re worried about being spied on, the speakers have mute buttons to disable the microphones. If you’re going to use it often though, a smart speaker probably isn’t for you.

In order to do things such as improve voice recognition, or in Google’s case, deliver more accurate search results across the web, they also keep a record of the requests you make. If you’re at all concerned, Amazon and Google allow you to delete the information they hold on you very easily, while Apple says that all HomePod requests are encrypted and anonymised when being sent to the company’s servers. All three companies claim to be very careful with your data but you still need to be fairly trusting in order to use these products. 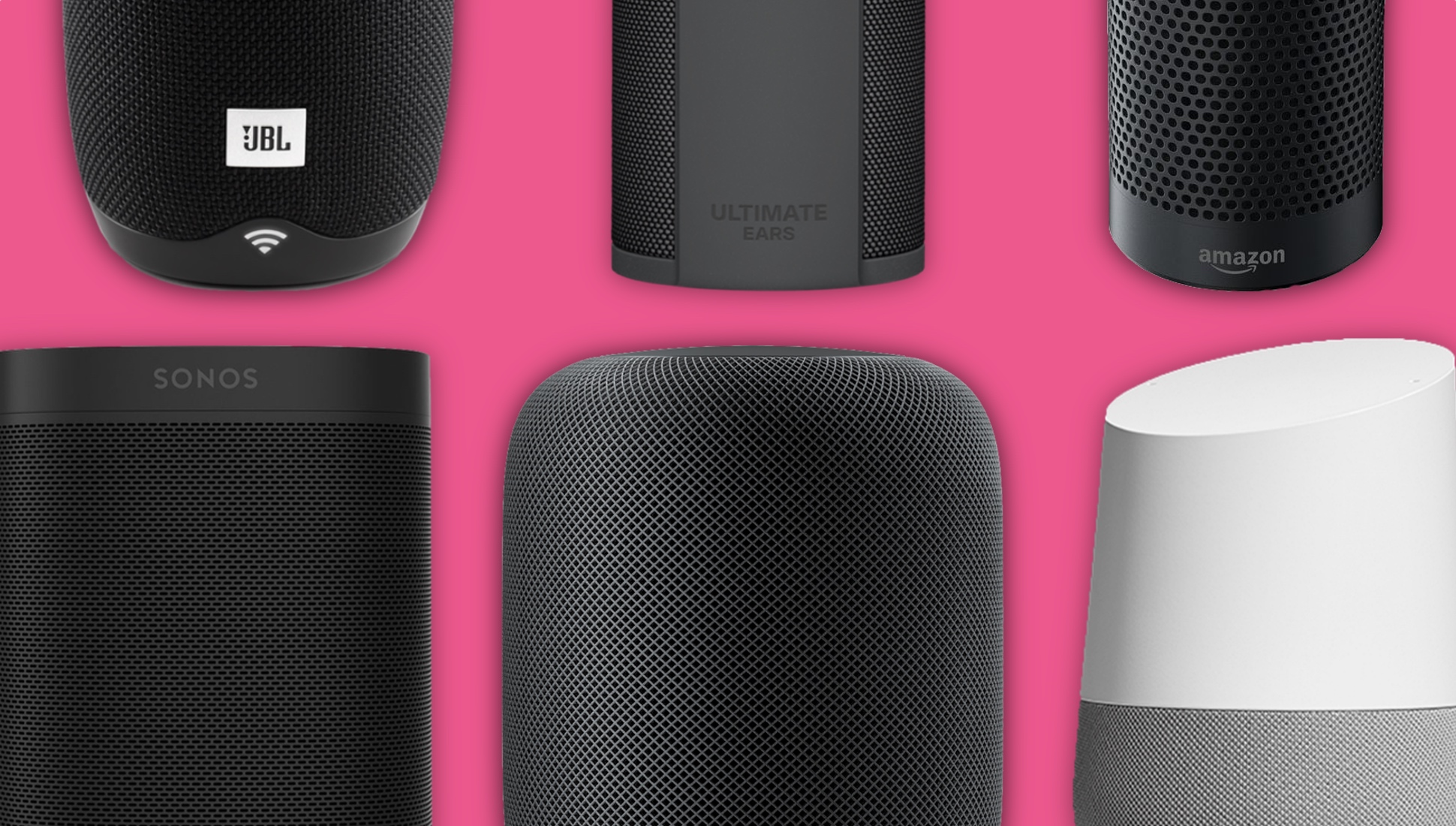 If none of that bothers you and you’re sure you want to buy a smart speaker, how do you choose one? Firstly, make sure the one you pick supports your streaming service of choice. For example, the HomePod is only really suitable for Apple Music subscribers. Not all of them have multi-room support either, although both of these shortcomings are possible to change further down the line with software updates.

Next up, think about where it’s going to live. If your smart speaker’s destined to spend all its time in the kitchen it’s unlikely to be your main music system, so portability and durability might be worth considering alongside sound quality. Nobody wants to worry about spoiling their brand new speaker by spilling pasta sauce on it.

It’s also worth thinking about how you’re going to use it. It can be difficult to get into the habit of using voice control, particularly if you feel a bit silly about doing it, but try to forget your experience of using it so far. Having to pull your phone out of your pocket and press a button to summon Siri is very different to just saying your speaker’s wake word. You’ll be surprised how quickly it becomes a habit, but the speaker needs to be constantly plugged in for that to be likely, so something mains powered is best if it’s your first one.

We’ve concentrated mainly on their music-playing abilities here but that’s just one element of what a smart speaker can do. Aside from the Googling, news reading, sports reporting, and other voice-controlled requests they can fulfill, smart speakers can also be used to control other internet-connected devices in your home.

Right now, Amazon’s Alexa is better equipped for that, with support for a wider range of products, including lights, thermostats, locks, security cameras and even toilets. Get them all hooked up and you can control your whole home with nothing but voice commands and imagine you’re living in the future.

Google’s smart home skills aren’t far behind and the HomePod’s are by no means useless, but it’s an area in which Apple definitely has some catching up to do. A few major brands are conspicuous by their absence from Apple’s HomeKit platform, namely Nest, Hive and Ring (although the latter is still apparently on the way, despite Amazon’s recent purchase of the company). Considering Apple’s status in the tech industry, the others may well follow eventually.

Of course, a smart speaker might just be overkill – if so, you might be better off going for a portable or powered Bluetooth speaker instead. 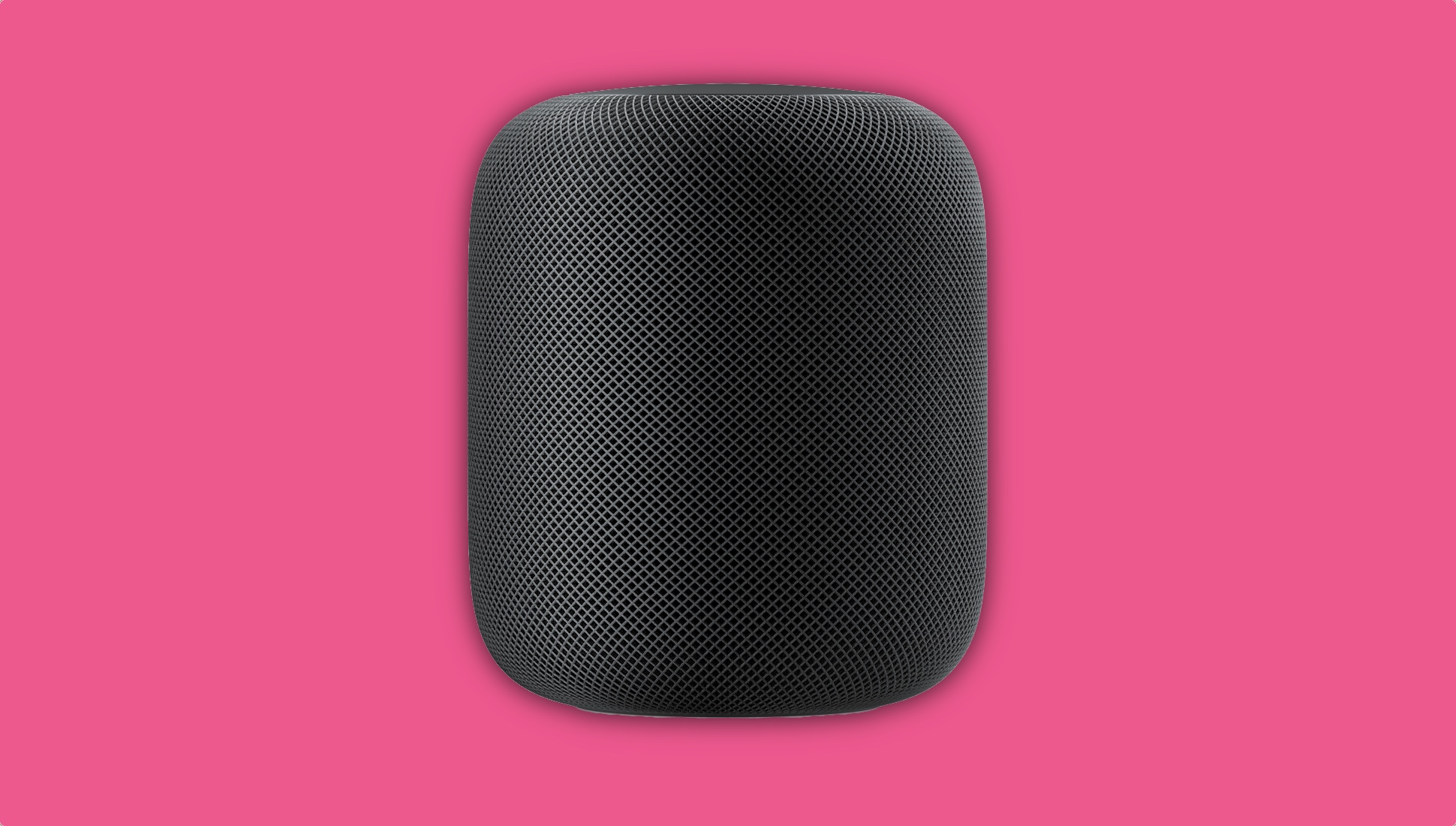 You have to be a pretty hardcore Apple acolyte to get the most out of a HomePod. Without an Apple Music subscription you’re limited to streaming to it from your phone via AirPlay, and it requires an iPhone, iPad or iPod Touch to even set it up in the first place, meaning you effectively have to pay a $10-a-month subscription fee to own one. It also costs a hefty $350 up front, but it sounds significantly better than its closest rivals from Amazon and Google.

Siri isn’t as capable a voice assistant as Amazon or Google’s AI helpers, but the six microphones that provide the HomePod’s voice recognition do an incredible job of cutting through the music and picking up your commands. It’s often worth waiting for the second iteration of new Apple products, but if the original HomePod is this good, the next one is going to be mind-blowing. 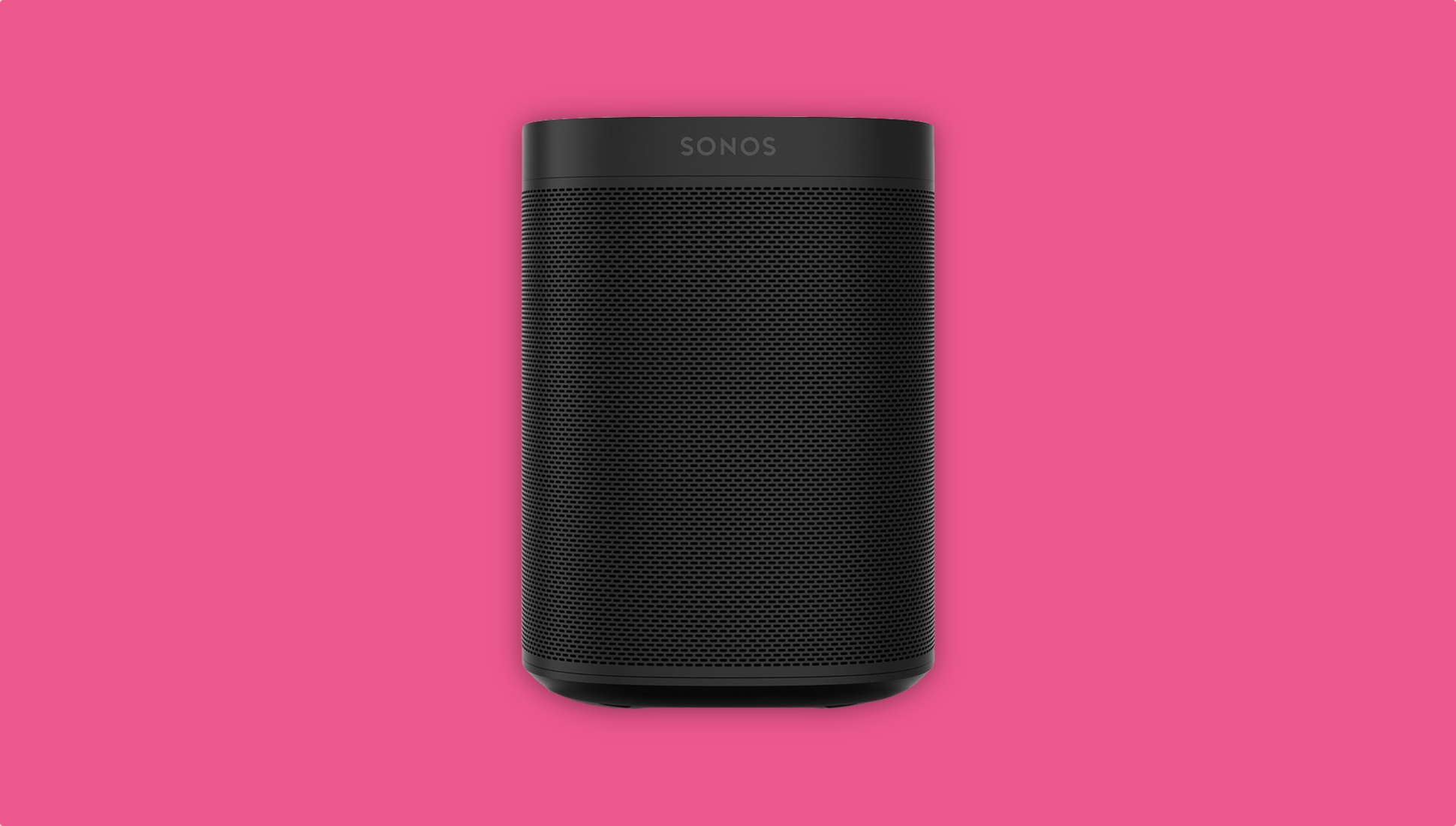 Sonos has made its name on the strength of its multiroom music systems but the One is the first in its range to get a voice assistant on board. That means you can ask it to play music for you as well as command it to send the music to other Sonos speakers in your house, regardless of whether they’ve got Alexa onboard or not – a pretty neat trick.

You’ll probably want to use the One as much as possible though, because it produces a spacious, well-rounded sound with a tendency to push vocals to the front, which is no bad thing. The bass doesn’t have quite the same weight as the HomePod but it’s certainly not lacking, especially for a speaker of its size. If you really want to give the One a boost you can add a second and set them up as a stereo pair. Oh, and it supports pretty much every streaming service you can think of, even Apple Music. 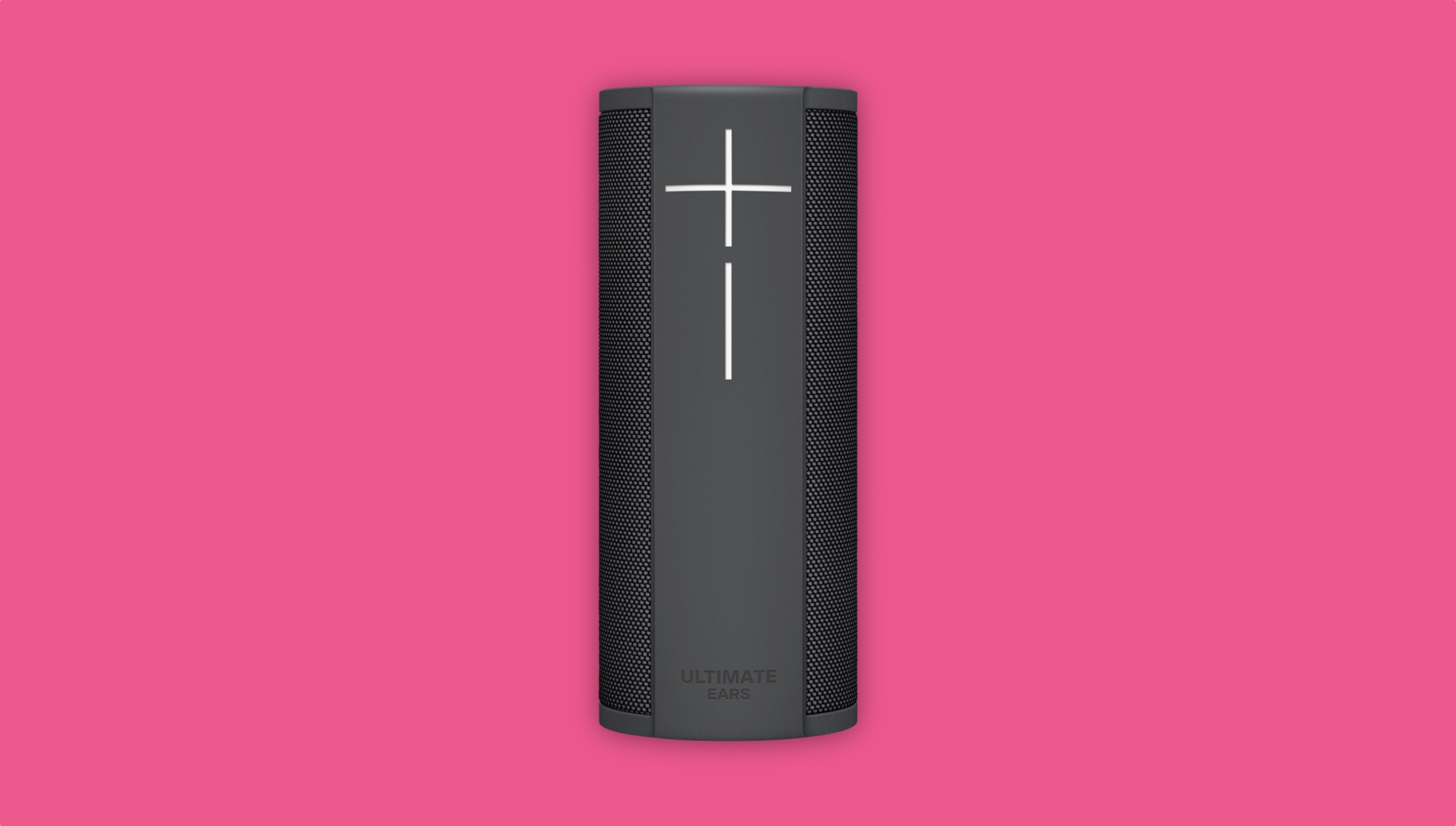 UE’s Megablast is about the size of a bottle of wine and has the volume to live up to its name. Turn it on, connect your phone via Bluetooth and you can just use it as a standard speaker, but downloading the Ultimate Ears app allows you to unlock Alexa-powered voice control. Unfortunately Spotify isn’t supported right now, so you have to use Amazon’s Music Unlimited, which, ironically, is something of a limitation, particularly when Amazon’s own Echo devices have no such problem.

The lack of Spotify support means you might find your use of Alexa limited to weather reports rather than choosing playlists, making it more of a Bluetooth speaker with added brains than a full-on smart speaker. Its size means it’s a bit much for weekends away too, but full waterproofing is handy to have even if it never leaves the house. If volume is top of your agenda, the Megablast is hard to beat. 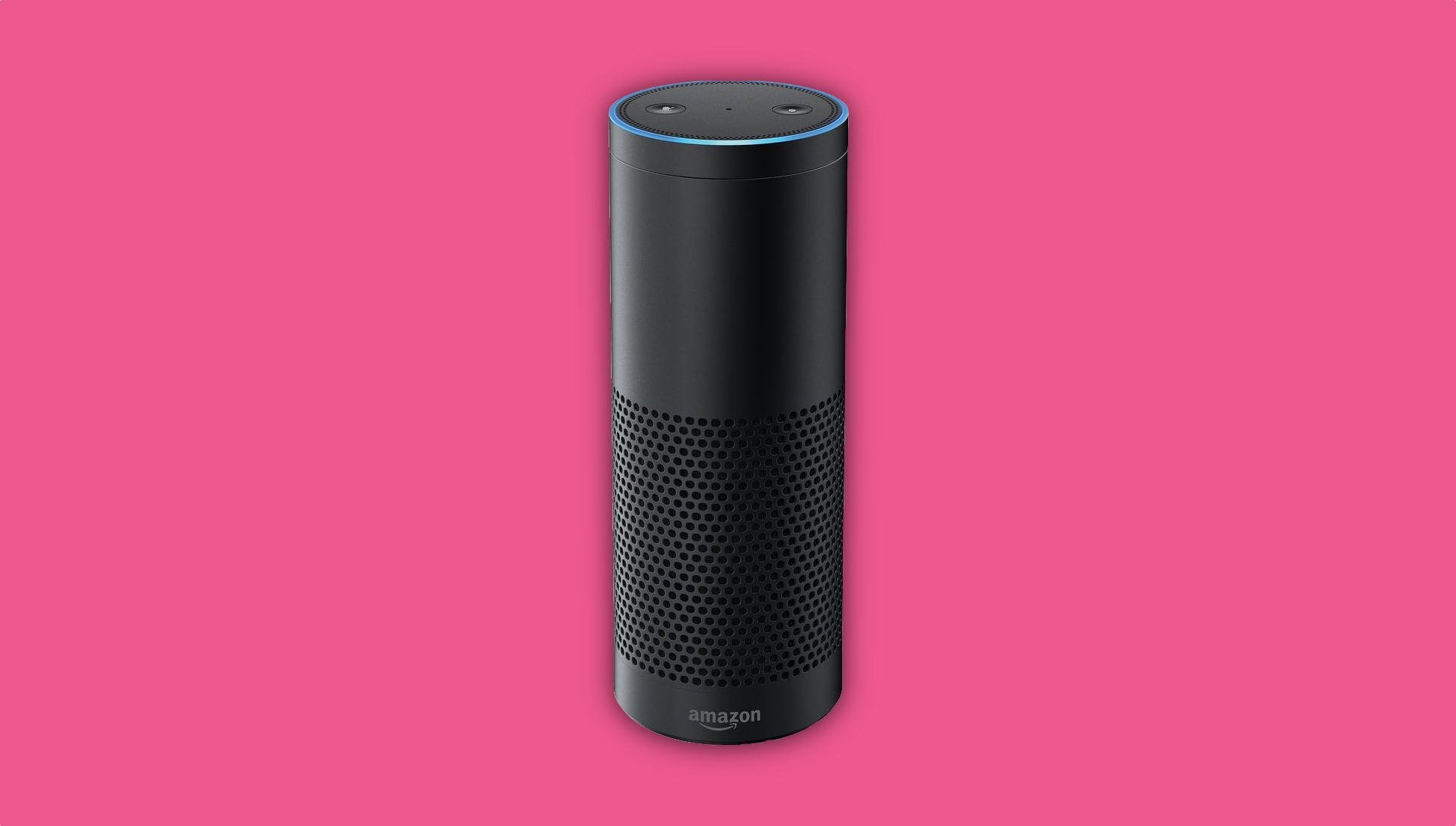 If audio quality is your number one priority Amazon’s Echo probably isn’t for you. However, the Echo Plus is a little bit more powerful than the standard model. It can’t match the sound you’ll get from a HomePod or Sonos One but it’s more than capable to replace your kitchen radios with something more high-tech plus you can set timers and check weather reports using just your voice.

The Echo Plus goes pretty loud without distorting; however, the bass, while not exactly thin, lacks authority. The mid-range and treble fare better but if you’re looking for something to listen to music on for long periods of time it’s definitely worth spending a bit more money. Using Bluetooth or the line-out connection you can hook it up to a seperate speaker to improve the sound, but if that’s your plan, using the $50 Echo Dot to provide the brains makes much more sense. 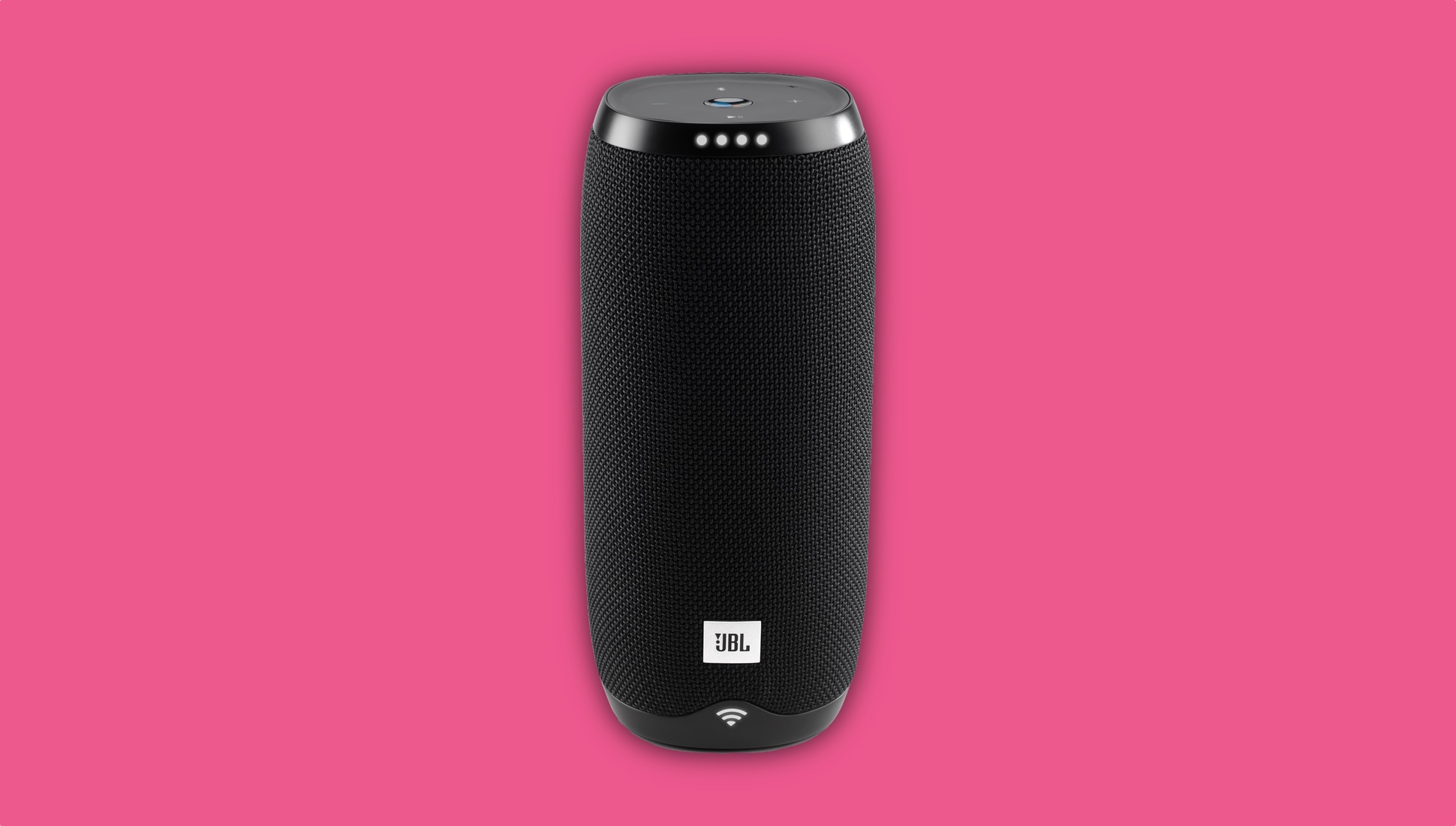 Like the Megablast, JBL’s Link 20 is battery powered and fully waterproof. It also works with Spotify, making it the ideal bathroom radio for anyone who doesn’t want to get their phone wet. Want to play Steely Dan in the shower? Of course you do. Just ask for Aja and the onboard Google Assistant will start playing it. In fact, apart from turning it on and off, you can control everything else without touching it.

The Link 20 can be a bit boomy on hard surfaces, but overall it offers a pretty well-rounded sound and the two microphones are surprisingly good at picking up your voice. You’ll have to keep it plugged into the mains at all times if voice control is going to become second nature to you, though, and that’s not a good idea if you’re going to keep it in the bathroom. 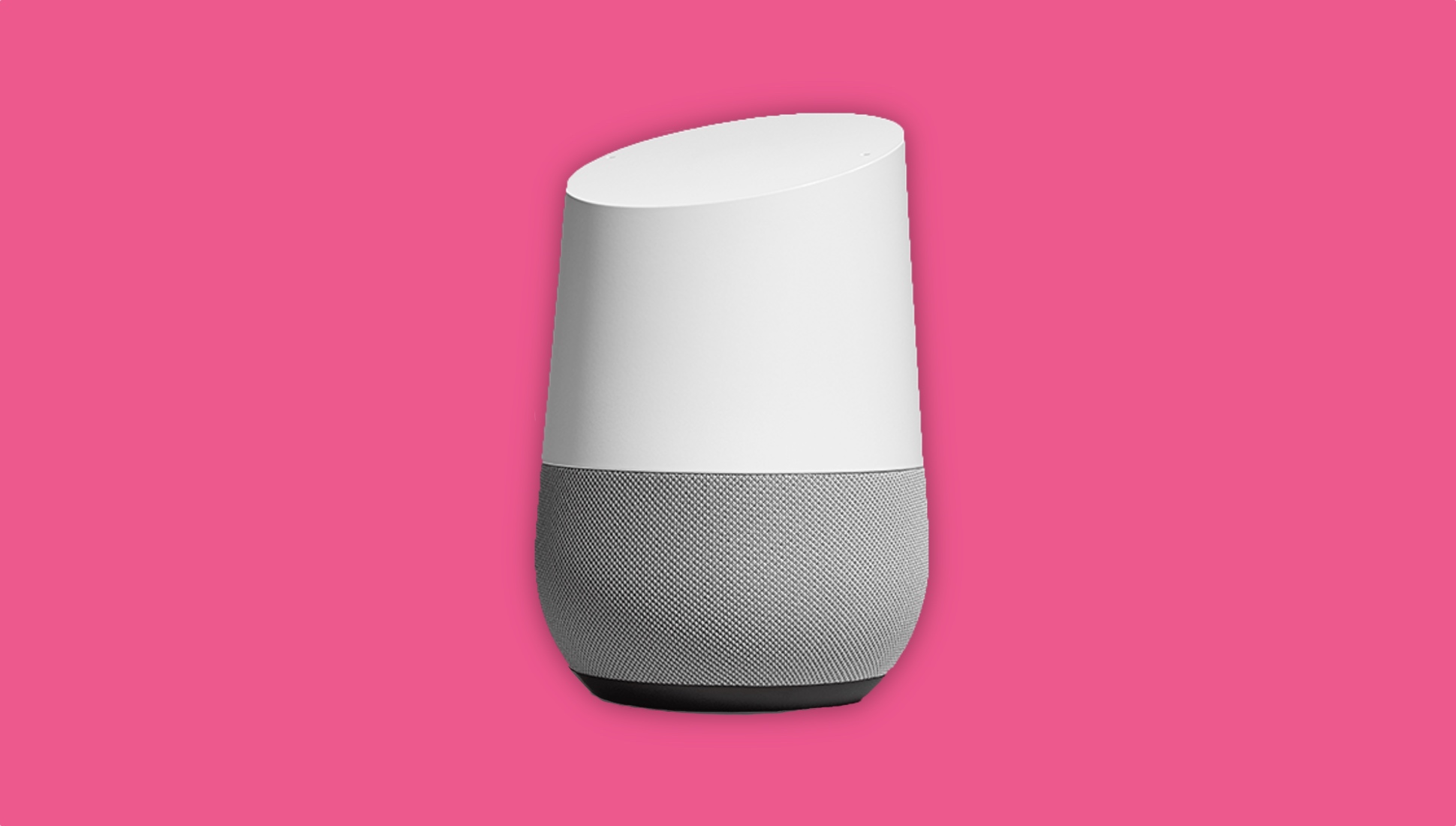 Google’s answer to the Echo is the least capable speaker on this list when it comes to playing music, lacking bass weight and clarity, with distortion creeping in if you try to push the volume too hard. It’ll do the job if you’re looking for something to fill the background and nothing more, but considering you can get a much better sound from a portable speaker that costs significantly less, it’s pretty disappointing.

It’s a shame, because Google Assistant does a number of things better than Alexa, including being able to differentiate between different voices, which is handy if you’ve got multiple different people using the same speaker. If you’re looking for a good combination of the two, the Google Home Max is available in the US, offering big bass and plenty of volume, but at $399 it’ll set you back even more than a HomePod.

Tom Wiggins is a freelance journalist. Find him on Twitter.

Read next: 7 of the best Wi-Fi and Bluetooth home speakers for under $350