It’s almost impossible to keep on top of everything that SoundCloud, Mixcloud and online radio has to offer. In our monthly column, FACT guides you through the must-hear mixes of the last 30 days, whether you want a club session to warm you up for the weekend, ambient soothers or a set of vinyl-only obscurities.

With every month the internet seems more grotesquely stuffed with promotional content for hustling DJs, but the increase in volume seems to be accompanied by an increase in interesting finds, too. Ah, the low-stakes world of streaming media – take one ridiculous idea, multiply it by an hour in front of your decks, and you too could produce something as gloriously unnecessary and totally brill as this “ladies only” selection of mid-90s slow jams, as put together by Stimulator Jones for Passion of the Weiss this month, featuring loose and laidback cuts from Sa-Deuce, FABU, Trellini, Gina Thompson and various not-so-well-remembered R&B divas of the era.

That mix at least makes the effort to expand on a defined theme; elsewhere on the internet, there are factions who believe a single tune can carry an entire set, provided it’s catchy enough. Enter ‘Gucci Gang’, the extended edit: Lil Pump is joined by Lil Wayne, YBN Nahmir, J Balvin, Vybz Kartel, Waka Flocka Flame, 21 Savage and a shit-ton more on the month’s least essential mix. Unexpectedly engaging, despite being 43 minutes of mostly two words.

A couple of other, less bizarre gems that didn’t make the main selection but deserve your attention: Portland’s Visible Cloaks offered a follow-up of sorts to their much adored Fairlights, Mallets & Bamboo series with a hushed selection of Japanophile minimalist and ambient moods, while Russian DJ Inga Mauer showed why she’s one of the best techno DJs in the game right now with an hour of foundation-shaking, iron-clad belters for Discwoman.

Onto the tasting menu, then. Among our flavours of the month are self-crowned “King of Blends” Teki Latex, Iranian “folk club” hybrids from Los Angeles, a marathon house set from Octo Octa, and an entire day’s worth of South African gqom.

Sometimes what you’re looking for in a mix is several hours’ of extra-strength vibes, ready for mainlining at your leisure. This month’s guaranteed dose comes from Brooklyn DJ and producer Octo Octa, who recorded her epic four-hour set at San Francisco’s Polyglamorous party a few weekends back: a riot of hands-to-the-sky ‘90s deep house interspersed with piano riffs, tweaky acid and grubby breakbeats. Use liberally for revival purposes; the monster length is also very handy for marathon runners, as we’re now approaching the season of shin-splints-for-charity.

A new mix from Sound Pellegrino co-founder Teki Latex should be treated as the equivalent of an album drop from your favorite producer, such is the scale of the endeavor and the level of experimentation and refinement at stake. The self-crowned “King of Blends” pushes his philosophy to the max on The Naked King, the final chapter in a trilogy of mixtapes that includes 2016’s 100% Radio Hits and 2017’s Impressions, both excellent in their own right, and the concept is both simple yet virtuosic: finding track pairings (or triplings) across almost every genre and tempo, where something more than just a similar BPM or kick drum pattern knits them together.

“Every track builds on the flow of the previous one played, but then I realized it went from a jungle track to a Houston rap a cappella to a grime beat to an accelerated Miami club track to MF Doom,” says Teki. “I thought it was fine, because it’s all the same music to me and it all makes perfect sense.” The dizzying tracklist only gives you a hint of what’s in store, but expect to hear Cardi B, Girl Unit, Armand Van Helden, Errorsmith and Eurythmics all battling for dominance among the vocal tracks and drum tools; the whole mission achieves lift-off when OutKast’s ‘Bombs Over Baghdad (B.O.B.)’ tessellates perfectly with Lorenzo Senni’s drumless trance rocket ‘One Life, One Chance’. A master at work.

As well as curating the SISTER mix series and running the LA party Signal, “folk club” explorer Maral plows her own furrow as a DJ-producer with edits that recontextualize her Iranian heritage with electronic bass and vicious distortion. Using samples sourced from anthropological collections of spiritual chants and songs of mourning and joy, along with samples of modern Iranian artists like the expressive contralto singer Hayedeh, she knits together a mix that leaps across space and time. “All of my Iranian vocal samples have deep meanings that I wish everyone could understand,” she tells Truants, “but since it’s so emotive, I feel like people still feel it.”

Durban’s gqom sound has been infiltrating the UK bass underground for the last few years, finding a particular sweet spot in the resurgence of UK funky-style tempos and rhythms. As such, it’s right at home on Rinse FM, the pirate station which famously turned over most of its programming to UK funky sometime around 2008, and is now getting back into those hyper-syncopated grooves a decade later.

Gqom Oh! is a European label dedicated to giving Durban’s club sound a global platform, and earlier this month they took over the station for 12 hours on the trot, broadcasting DJ sets from Emo Kid, Dominowe, Julz Da Deejay and more scene leaders. For sheer variety – important in the otherwise fairly repetitive landscape of gqom – we recommend label boss Nan Kolè’s introductory set, featuring Durban’s signature drums and drones accentuated by church bells, trance synths, oddball vocals and plenty of filter twiddling to keep the mood bright and bubbly. But if you’re already a fan, don’t miss the wildly energetic hour with Griffit Vigo, who is getting his due through his inclusion on Gqom Oh!’s latest release, The Originators.

Oh, and it’s all available to download. What a gift.

Chicago’s Beau Wanzer has spent the last five years building up a sizeable catalogue of rough, lo-fi techno and gritty electronics, both solo and in groups like Streetwalker and Mutant Beat Dance. His mix for Inverted Audio should satisfy fans of his more obtuse material, with patched-together selections swinging from “mildly creepy” to “genuinely disturbing” and back again, occasionally alighting on a slippery groove but just as often giving way to mysterious voiceovers and speaker-chewing distortion. The paltry handful of track IDs managed so far include technoise warrior Hypnoskull, NYC art-rockers Ike Yard, industrial legends Skinny Puppy and a shambolic, slowed-down playback of The Same’s DIY cover of Petula Clark’s ‘Downtown’ – but in the end the lack of information doesn’t much matter. Let Wanzer buckle you into his decrepit ghost train and just, you know, hope for the best.

It seems like Josey Rebelle comes through with a fresh stand-alone mix most months, and we can’t choose them all, but on top of her long-running, three-hours-a-week Rinse FM residency, the North London DJ has really hit her stride over the past year or two. This set for the Fader is typical of Rebelle’s eclectic, crate-digging style: weaving different eras and genres together effortlessly, with an emphasis on analog warmth and tough, body-moving bass. Detroit is heavily represented with bits from Octave One, Dopplereffekt, K-Hand and Big Strick, alongside vintage rave flair from ‘90s names like Dave Angel, Armand van Helden and 4Hero, but it’s not purposely retro. “Looking back, the last couple of mixes I did had a bit of a melancholy tinge to them, but this one has a lot more energy,” explains Rebelle, and it’s definitely one to file under “motivational”. 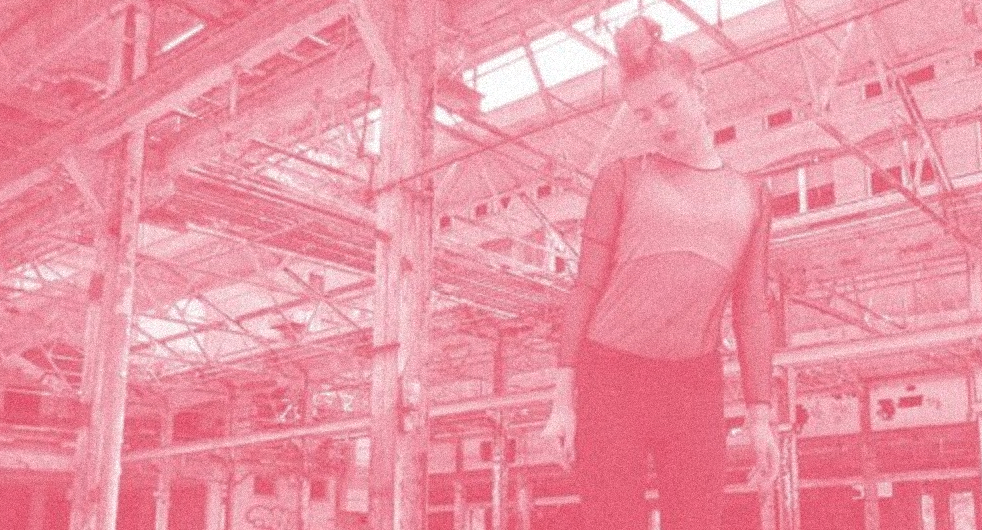 Cleveland DJ Kiernan Laveaux, resident at the city’s In Training party, took over from DEBONAIR this month on NTS Radio, selecting an hour of tunes that feel like the sludge-infested yin to Debs’ incandescent techno and EBM-leaning yang. It’s a mysterious, slow-burning transmission, entering moody dimensions and dubby hollows with Adrian Sherwood (as The Missing Brazilians), TG affiliates Coil and Psychick Warriors ov Gaia, Underground Resistance’s Andre Holland and Glasgow’s Golden Teacher. Laveaux prioritises atmosphere and texture in this utterly wiggy, transportive session – the pick of the month for after-hours levitation.

Chal Ravens is a freelance journalist. Find her on Twitter.

Read next: A deeper look at gqom, South Africa’s new generation of house