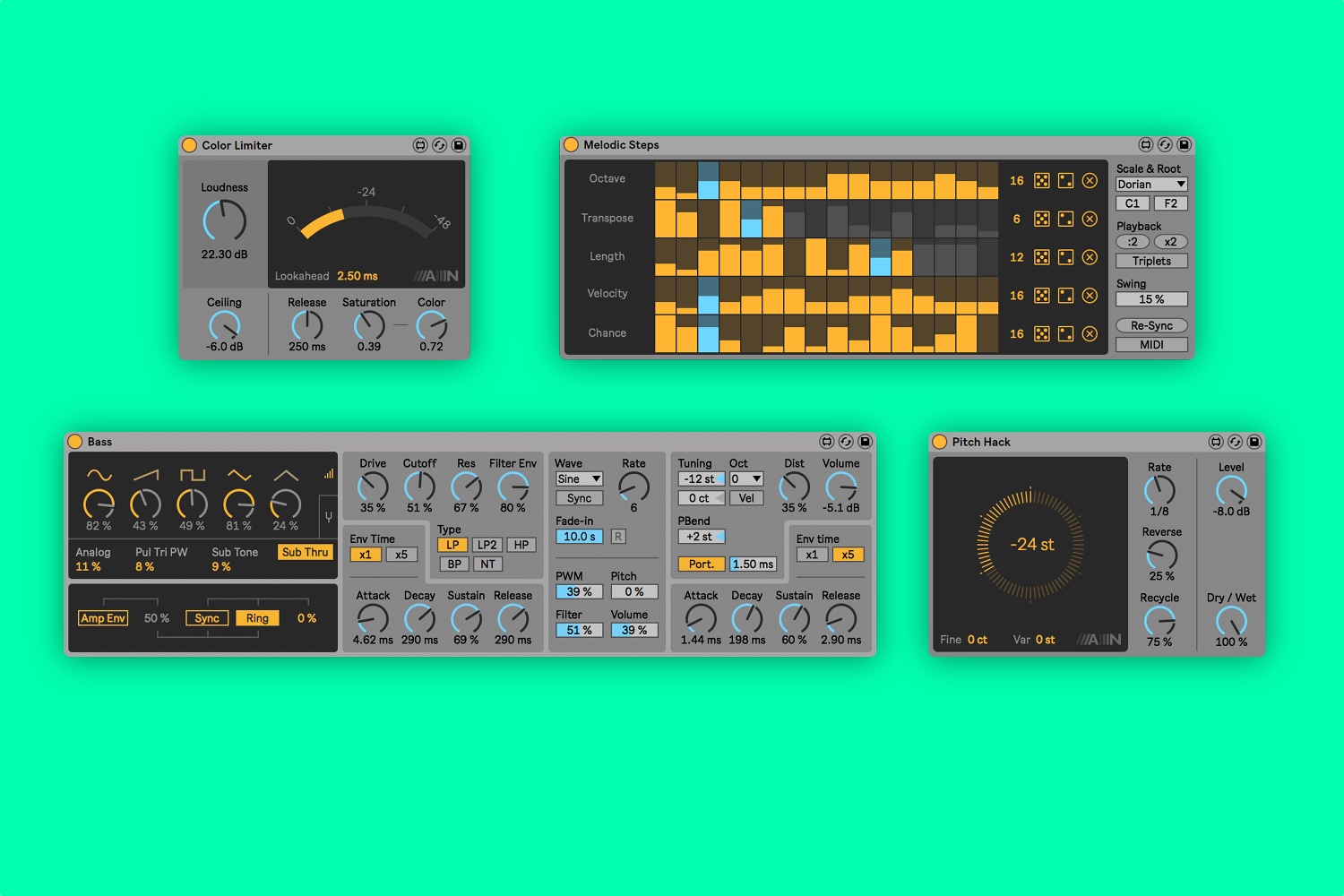 Ableton has released a free pack of instruments and effects for owners of Live 10 Suite. Creative Extensions includes eight tools “designed for new sound design capabilities” in the latest version of the DAW, which was released earlier this year.

Inside the pack are two “revamped” Max For Live synths, a device for creating “reverb-like spaces”, tools for pitch-shifting, studio processing and sequencing melodies and delays. All are available for download in the Packs section of the Live browser.

Also in the pack are a gated delay effect (Gated Delay), a limiter called Color Limiter inspired by the “gritty sounds of hardware limiters”, a tool called Re-Enveloper that can be used to highlight details you want in a track and reduce those you don’t, and a reverb-inspired tool, Spectral Blur, which can add an “ethereal spectral wash” to any sound.

Creative Extensions is the first major addition to Ableton Live 10, which was released in February and added a host of new features to the popular DAW, including a new synth, Wavetable, and effects such as Echo, Drum Buss and Pedal.