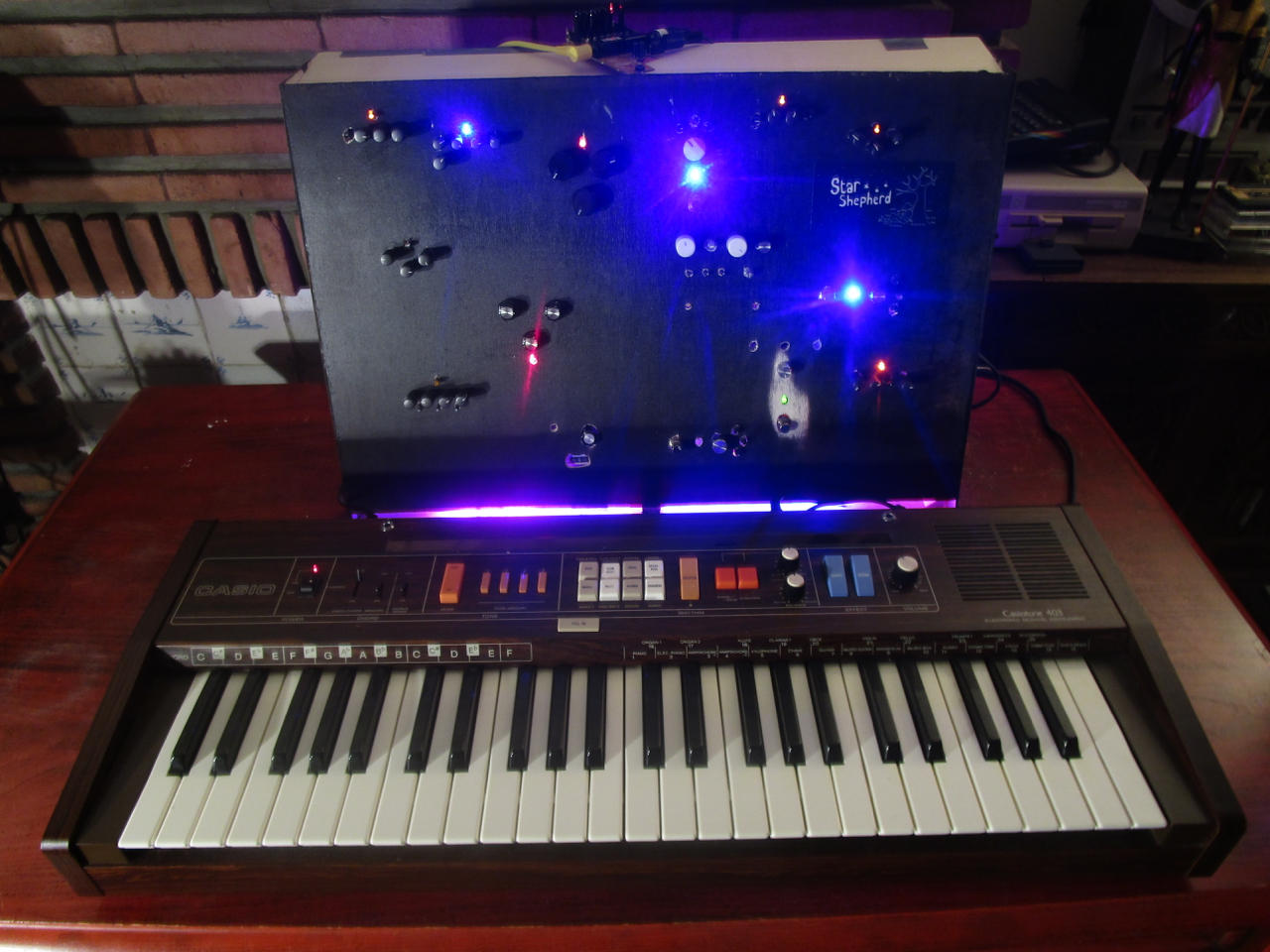 Unfortunately, it’s not for sale.

We already knew that Legowelt was a synth wizard, but now he’s made his own DIY instrument called the Star Shepherd.

According to the Dutch producer, the homemade instrument is crafted from old guitar pedals, a small AM radio and an old Casio 403 keyboard from 1981.

“The oscillator section is made out of Pitchshifter/Harmonizers/Sub Octavers and a graphic EQ pedal to create complex harmonic tones – transmorphed from the simple keyboard sounds fed by the Casio,” he says on his website.

“The sound then goes through a bunch of circuitbend Analog delays, reverbs, Tremolos & Vibratos (figuring as makeshift LFO sources) and Wahwah pedals as filters. The AM radio is figuring as a random noise source. There is also a very simple keyboard style ‘sequencer’ made from a looper pedal.”

According to Legowelt, the case is made out of cheap plywood and fixed together with screws, glue and tape. “There are also some LED strips pulsating from the inside for some extra intense magic.”

“It is very noisey, crackley and sometimes starts doing its own thing like some sentient synthesizer being that is alive. This makes it quite an adventerous experience,” he says.

Find out how Legowelt makes his music in his episode of our our How To Make A Track series below.