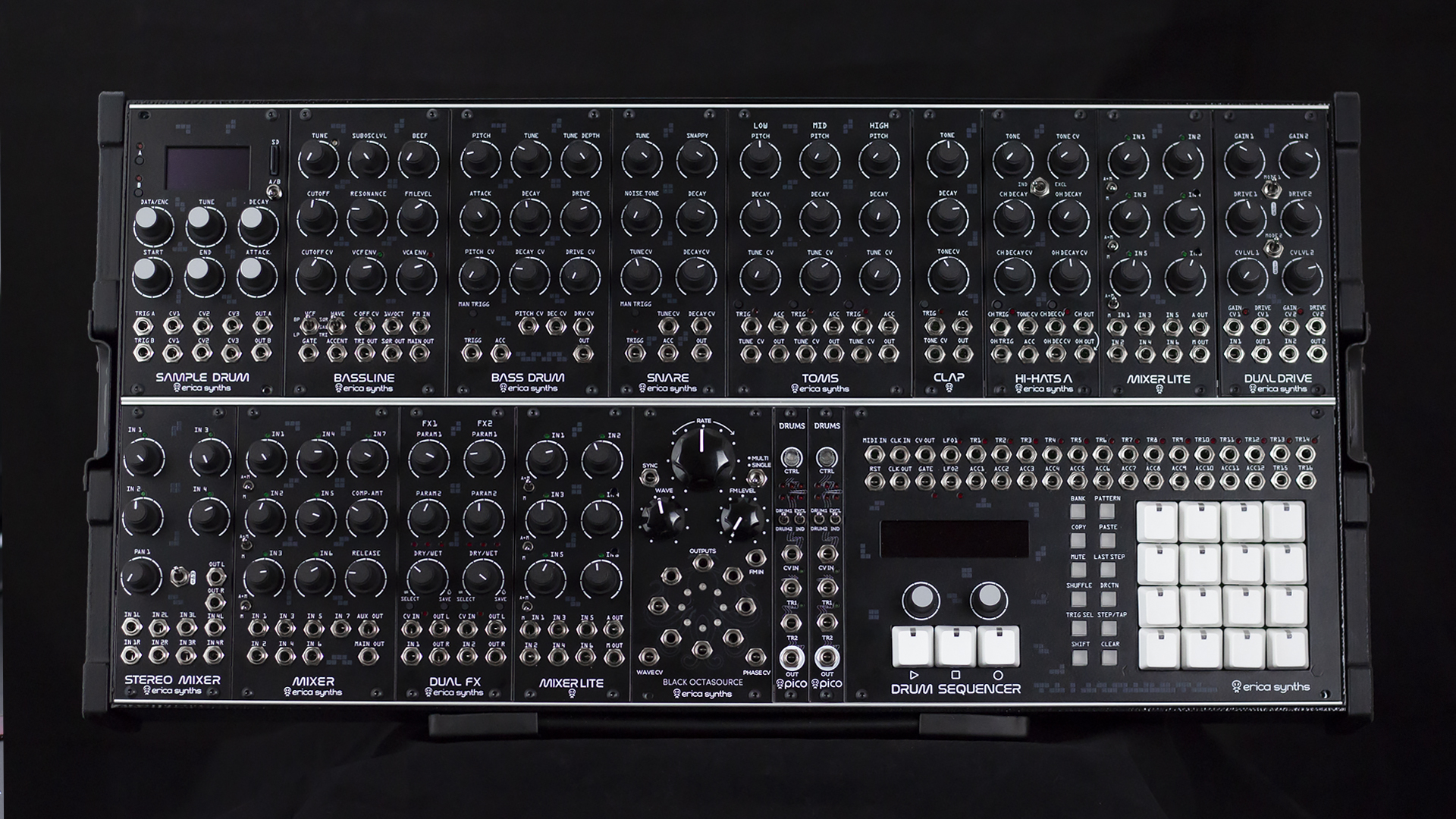 Techno System could be the priciest drum machine ever.

Eurorack manufacturer Erica Synths has revealed the price and release date for its Techno System, a collection of Eurorack modules designed for making – you guessed it – techno.

The complete system was announced at this year’s Superbooth show in Berlin, and is made up of 15 dedicated modules for creating beats such bass, snare, tom and bassline alongside mixers, FX and a 909-style sequencer. The price? €3,990 when it launches on September 21, if you can afford it.

The cost isn’t considerably more expensive than buying an equivalent modular system made up of modules from different manufacturers, but you’d have to be certain you just wanted to make techno before buying it, or you’ll be paying a lot of money for what is an admittedly very well-equipped modular drum machine.

You don’t have to buy all of the modules in one go – some are already available via Erica Synths individually – but if you want something a bit different from a TR-8S or Elektron’s Analog Rytm and have money to spare, the Techno System certainly stands out.