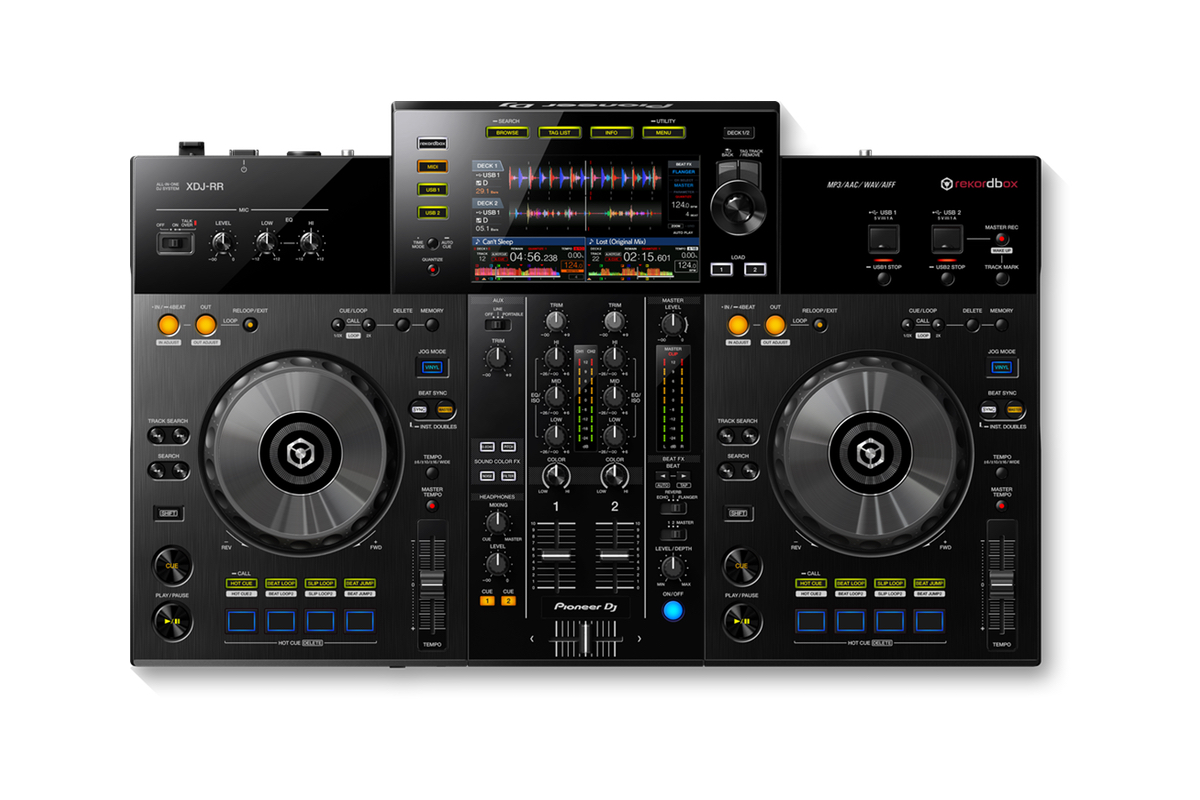 Like Pioneer DJ’s XDJ-RX models, the new unit might look like a giant laptop DJ controller, but it’s actually a self-contained system for use with USB drives and the company’s Rekordbox software.

The XDJ-RR is slightly less expensive than the current XDJ-RX2 and less bulky. The compnay is aiming it at amateur DJs who “want to make the transition from playing at home to performing at parties, bars and eventually clubs”.

The XDJ-RR will be released in early September with a specially designed bag arriving in October for £109. It follows the DDJ-400, an affordable, entry level controller with a DJ tutorial mode launched in July.