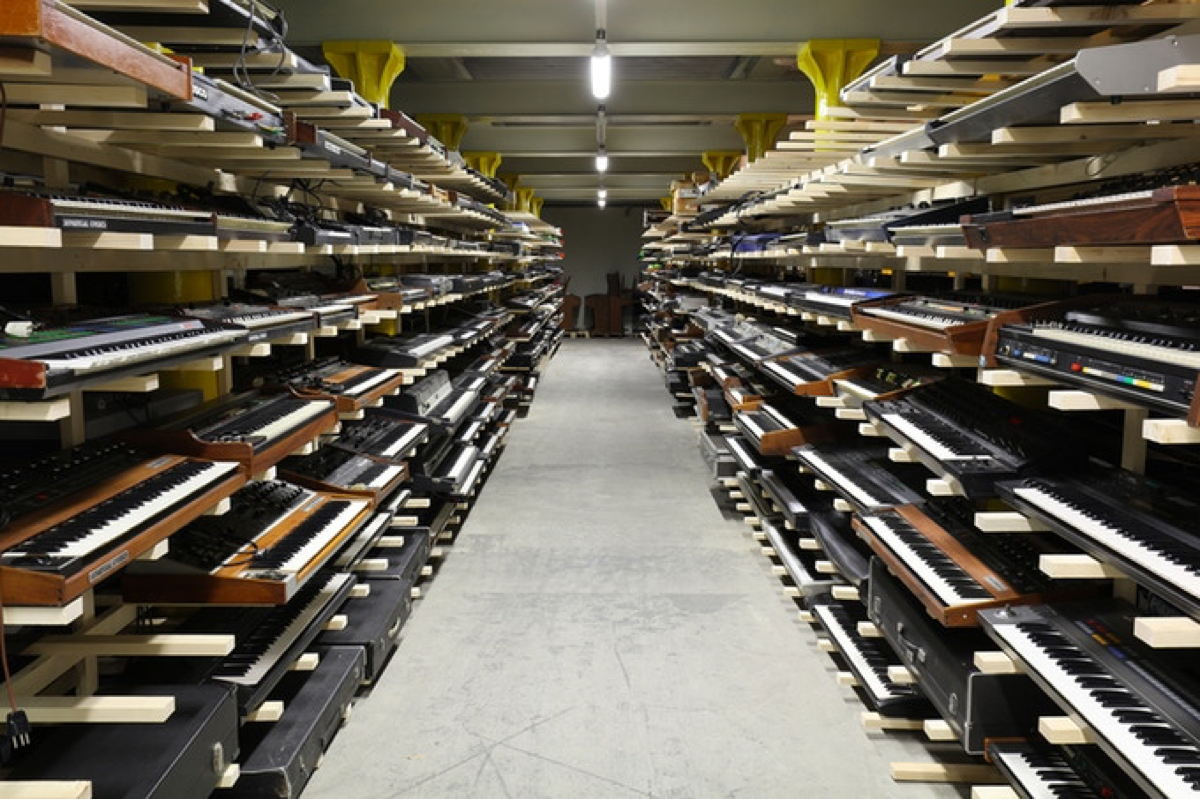 “Dedicated to learning about, playing with, and sharing the incredible history of electronic music instruments.”

Non-profit organization Swiss Museum and Center for Electronic Music Instruments (SMEM) has launched a Kickstarter campaign to make its collection available for public use.

Due to its size, the gear on display will rotate on a regular basis, with the list of available instruments available via SMEM’s website.

Depending on the amount raised, SMEM will be able to add various items to its collection: at 53,000 Swiss Franc a book library, at 60,000 a Pin Electronics Portabella, at 80,000 a Buchla Skylab, and at 120,000 a Moog Modular IIIP. Donations of 55 Franc or higher will also receive Playroom’s first record, created by Legowelt using the collection.

Once open, SMEM plans to host lectures, workshops and classes at the The Playroom, all housed at the former beer brewery the “Blue Factory”, in Fribourg, Switzerland.

The campaign is aiming to raise £38,328 and has until October 3 to meet its goal. Head to Kickstarter for more info.