Native Instruments has unveiled its biggest product refresh in years. In total, nine new products have been announced today (September 6), with a particular focus on affordable, entry-level hardware for novice producers.

The new products cover all of NI’s core brands: its beat production line Maschine, the Komplete Kontrol MIDI keyboards and Traktor, the company’s DJ software and controller brand. Lots of software is getting updated too. As well as new versions of its Komplete software package (now on version 12), core NI tools Kontakt and Massive are receiving major updates in the form of Komplete 6 and Massive X.

Today’s launch isn’t just about hardware and software though. Over the past few years Native Instruments has been busy acquiring businesses like Metapop, a music rights startup, and The Loop Loft, a “boutique” loops and samples store. These have received website redesigns while Sounds.com, NI’s recently launched Sounds.com (a ‘Spotify for samples’) exits beta.

I had a chance to spend time with some of these products before they were announced last month and was surprised by how affordable a lot of it was. Some of these new instruments are going to be game-changers for a lot of aspiring producers who may have been put off buying an NI controller due to price, though some specification compromises have been made to keep costs low.

Experienced producers may be disappointed that there’s nothing quite as significant as last year’s Maschine MK3 or 2016’s Maschine Jam in terms of new gear. However, professional keyboard players will probably be happy that there’s now an 88-key version of the Komplete Kontrol keyboard with a fully-weighted keybed.

Overall though, it’s the Traktor line that showcases the most significant new technology – specifically the new S4 controller, which adds the kind of haptic feedback found on iPhone and Apple Watch.

NI’s Maschine Mikro – a cut-down, budget-friendly version of its flagship beat controller – hasn’t been updated since it 2012 when it received colored pads, so this refresh is long overdue. In terms of design it’s inspired by last year’s Maschine MK3, though the RGB displays are replaced with a simpler OLED screen.

The pads themselves are bigger than on the previous model and based on those found on the excellent Maschine MK3. The MK3’s ‘Smart Strip’ also makes the jump to the new Mikro, allowing you to strum and bend sounds. For the most part, it’s a cut-down Maschine with all the advantages of portability that brings, though there’s no built-in audio interface and the OLED screen is very, very small.

What’s most impressive about the Mikro is the price. It costs $249/£199/€249 and comes bundled with full versions of the Maschine software and a 1.6GB Factory Selection of kits and sounds alongside Massive, Monark and Reaktor Prism – only a little over half of what the Maschine MK3 costs. 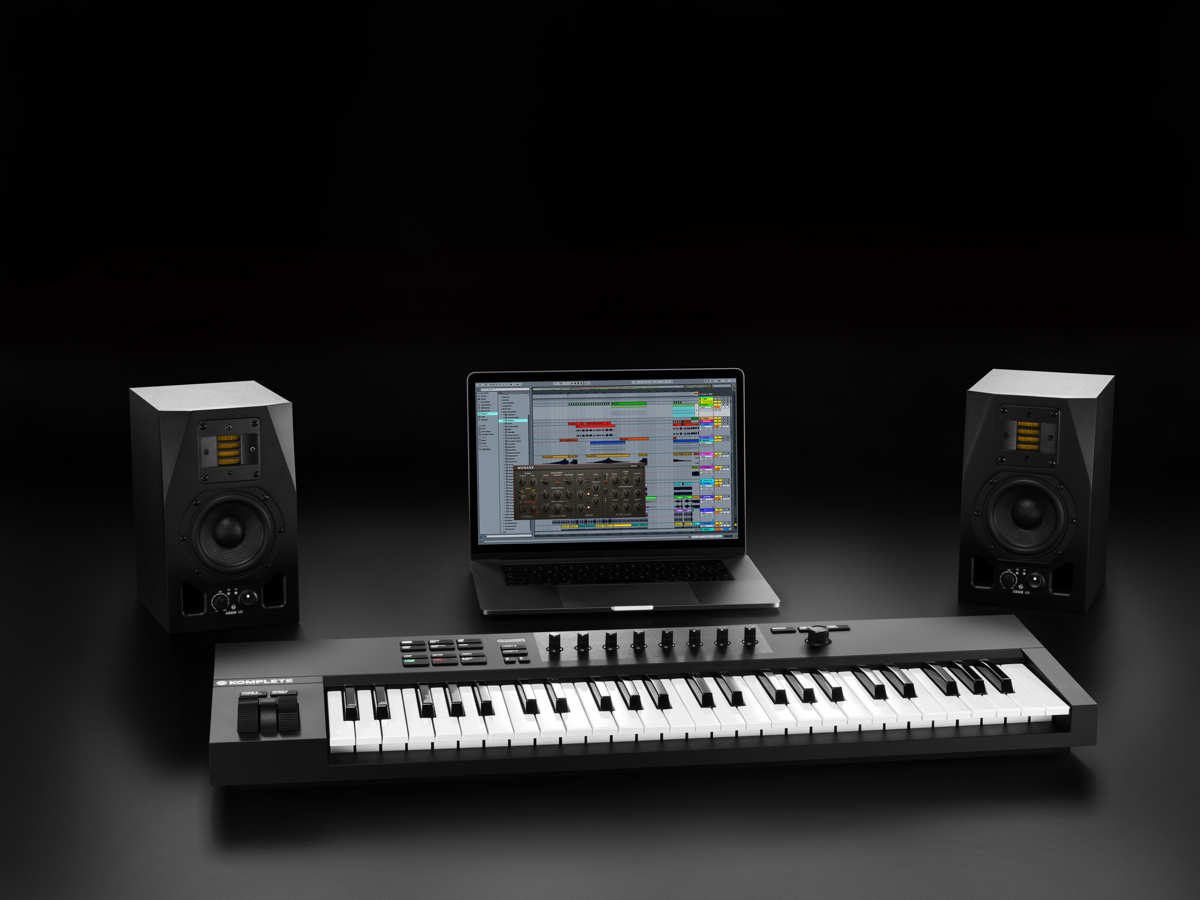 Today’s launch sees the Komplete Kontrol keyboard line split into two tiers: the existing Komplete Kontrol S-Series models, and the new Komplete Kontrol A-Series – a more budget-conscious option that cuts back on features like the dual color displays and light guide for helping you stay in key.

As with the Maschine Mikro, the Kontrol A-Series keyboards only have one small OLED screen for displaying whatever parameter you’re controlling at the time. On the Mikro, this isn’t quite as noticeable, but on the Kontrol S-Series – which you’ll be predominantly using for editing synth patches and effects as well as moving around your DAW, the extra visual feedback is probably going to be missed. 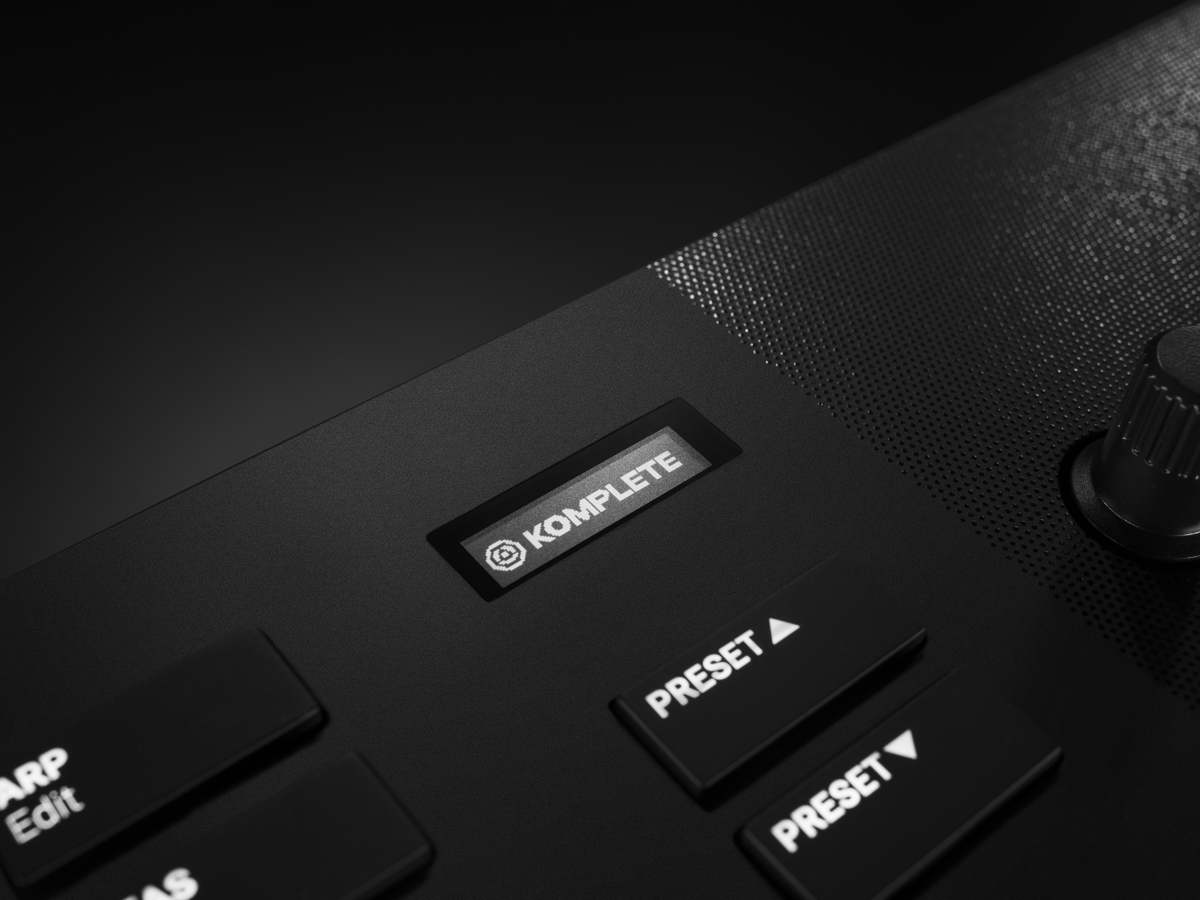 The decision to cut the light guide is also a curious one for an entry-level keyboard, being one of NI’s main technologies aimed at making the music-making process easier for people without formal musical training. However, the price reduction for getting rid of these features is significant – a 25-key A-Series keyboard costs $149/£119/€149, the 49-key version $199/£159/€199 and the 61-key model $249/£199/€249 (for comparison, the cheapest S-Series model comes in at $599). 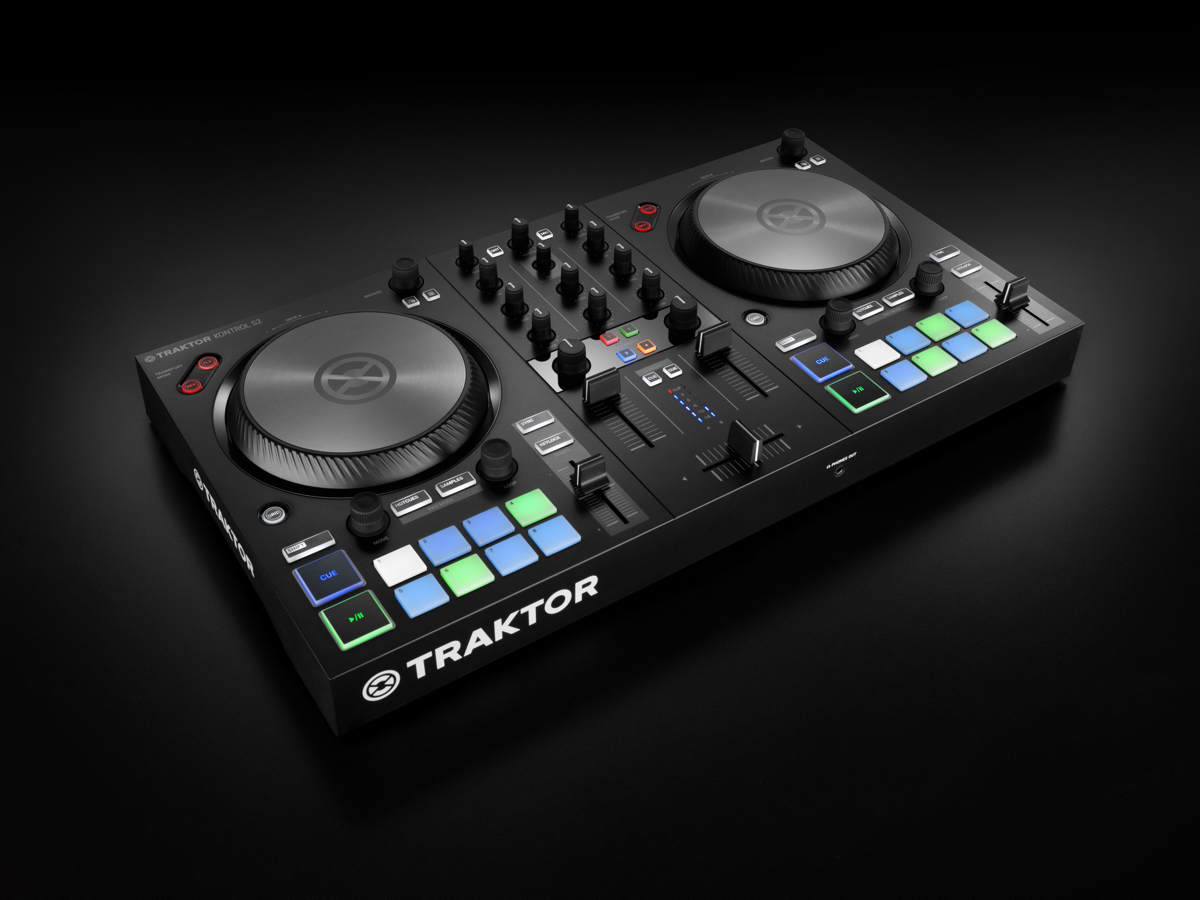 NI’s two new Traktor controllers seem like an attempt to get back to the core of what DJs expect from a controller after experimenting with the S8, an interface with divisive touch strips for track control instead of jog wheels. The two-channel Traktor Kontrol S2 is the budget model ($299/£239/€299), while the four-channel S4 model is aimed at professionals with high-end features.

The S2 has everything you’d expect from a modern, entry-level DJ controller: Traktor software is included, it has 16 backlit RGB pads for triggering samples and loops, as well as setting and triggering cue points. It’s very portable, and seems to be aimed as much as people DJing beach parties as bedroom users. 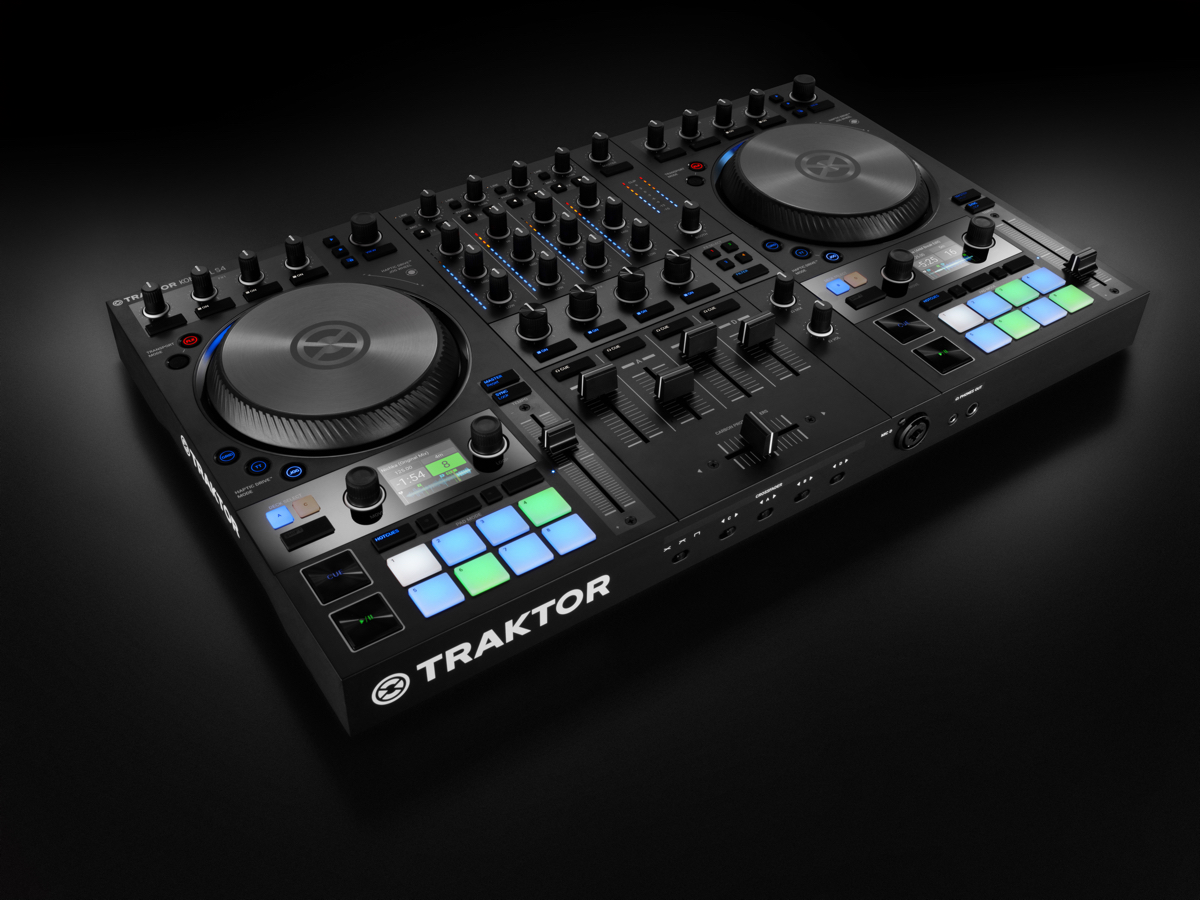 The S4, similarly, has all you’d expect from a pro DJ controller, including hi-res color screens for displaying waveforms and track information, stereo booth output and audio interface with timecode vinyl support. The big selling point of the S4 however is its jog wheels, which incorporate the kind of haptic technology the iPhone and Apple Watch use to deliver tactile feedback. It costs $899/£719/€899.

NI’s “Haptic Drive™” does a few cool things: it attempts to replicate the same feel of resistance you get when using a vinyl platter and also delivers subtle force feedback for things like cue points and loops. So, if you’re trying to find the start point of a track, you can feel a bump as the platter spins over its relative position. It’s the kind of useful and innovative technology that could have digital DJs switching allegiance to Traktor.

Arriving with these controllers is the latest edition of the Traktor software, Traktor Pro 3. It includes a new “Elastique 3” time-stretching engine for audio improvements, redesigned user interface and Mixer FX, one-knob effect and filter controls that can be assigned to each channel independently. Both the S2 and S4 models have dedicated knobs for these new effects. 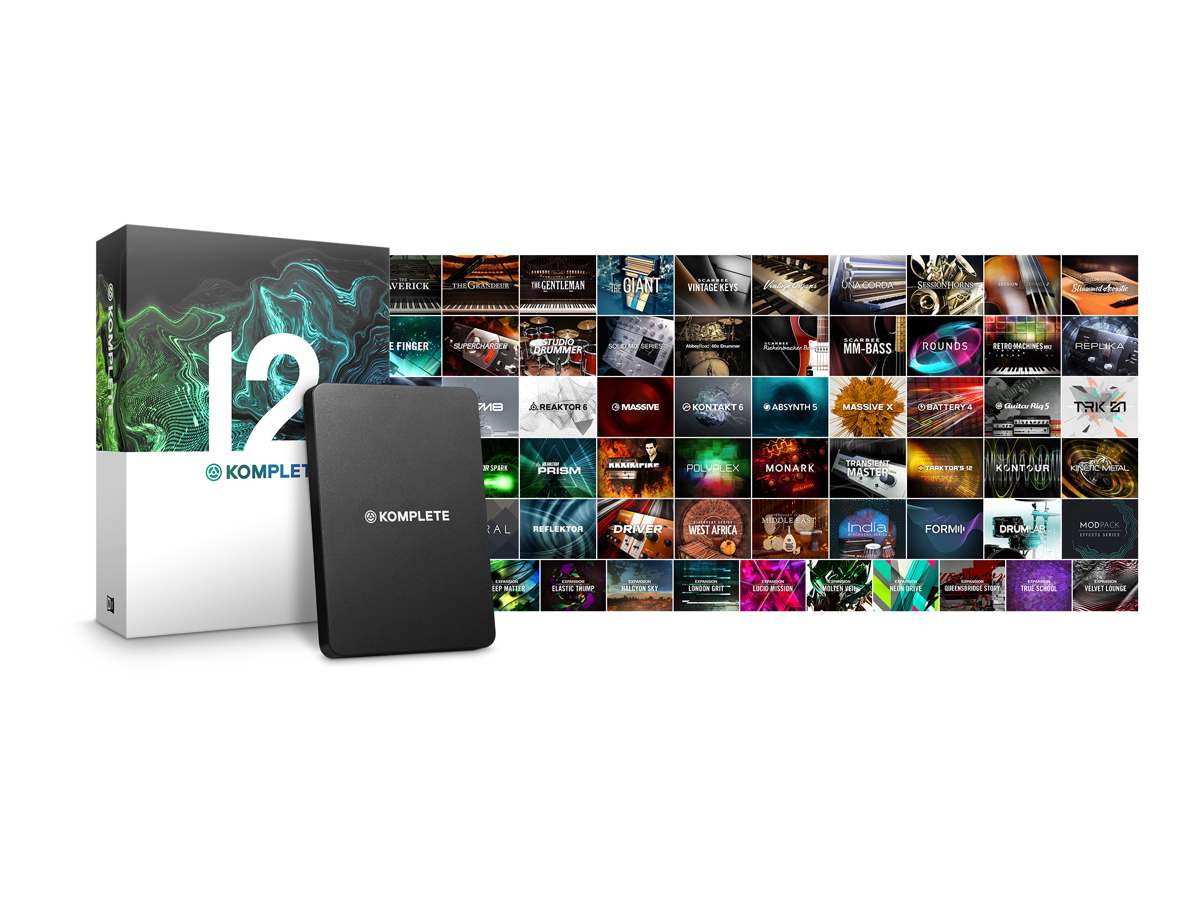 However, the big software news is the announcement of Massive X. This isn’t the latest iteration of the existing synth, but a completely new version built from the ground up. NI is still being very secretive about Massive X; I wasn’t shown the synth in action, only a render of the interface, which NI describes as having a “modular approach”. Today’s press release does reveal that it features “new subtractive filters, new insert effects, and a new performer for complex sound shaping”.

Full information on all of these products can be found at the Native Instruments website.