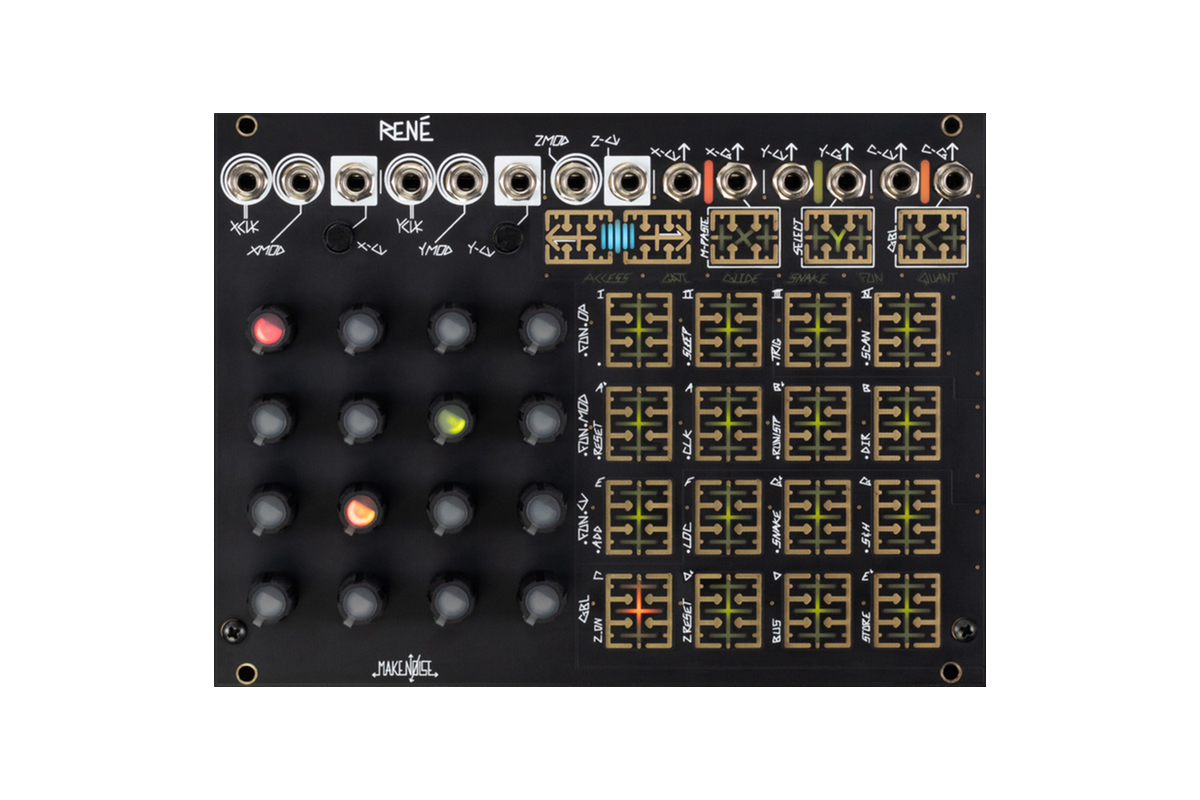 Like the original René, version 2.0 is a Cartesian sequencer, which means that the notes are plotted on an X/Y axis rather than a straight line. However, according to Make Noise’s Pete Speer (speaking to CDM), the new version adds a Z-axis that “allows for the sequencing and addressing of up to 64 states of stored programming”.

The new René’s three channels is also a huge improvement over the one channel found on the original, while the module will also have a new version of the touchplate interface with “new touch sensing technology”.

The new Make Noise René is available for pre-order now and costs $525.