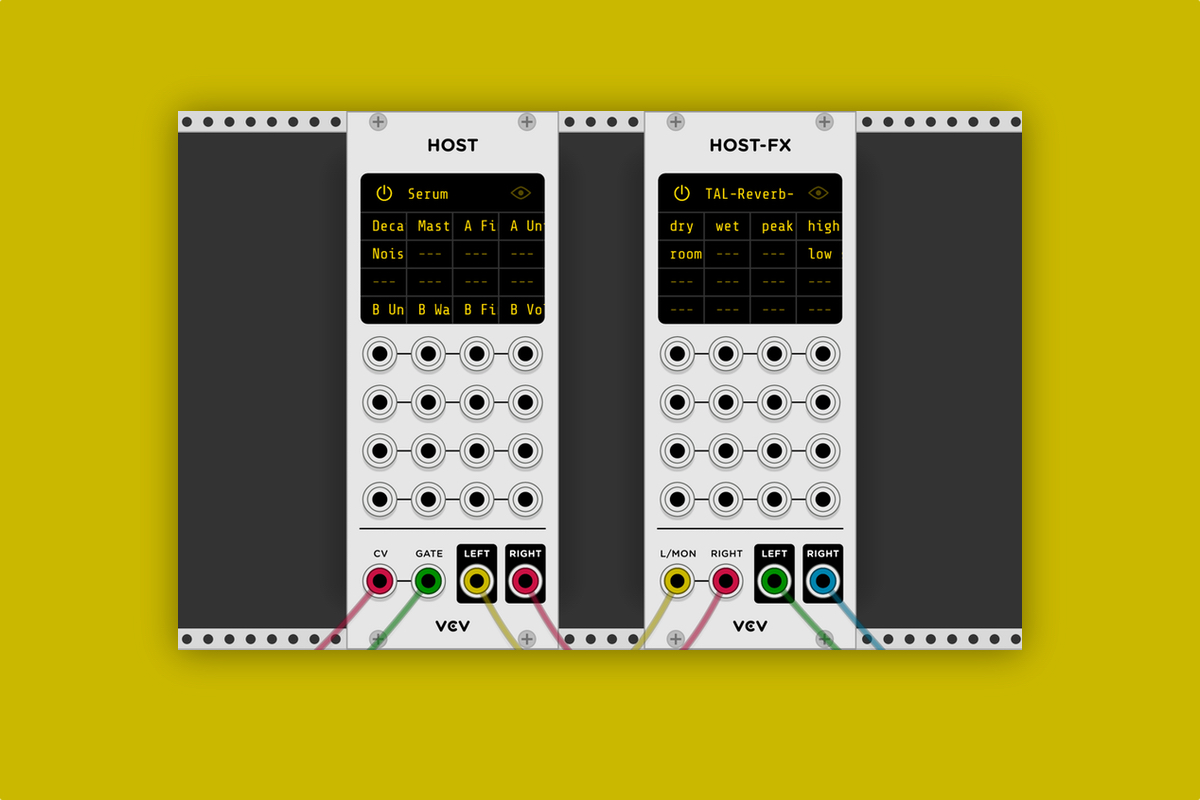 Use your favorite plugins with the virtual Eurorack system.

VCV Rack – the free, open-source software that features software versions of some of the most popular Eurorack modules on the market – is now able to host VST plugins.

The new functionality can be enabled with Host, a premium module that’s able to run VSTs inside your virtual rack. You’ll have to pay $30 for it, but it does offer two separate modules for containing plugin instruments and effects.

The VST instrument and effect hosts both include CV and gate inputs, stereo audio outputs and 16 parameter inputs for modulation. Watch the modules working with various VSTs below.

VCV Rack was released in 2017 and features modules based on gear from Mutable Instruments, Befaco and Synthesis Technology, several of which feature direct ports of the software that powers the original hardware.